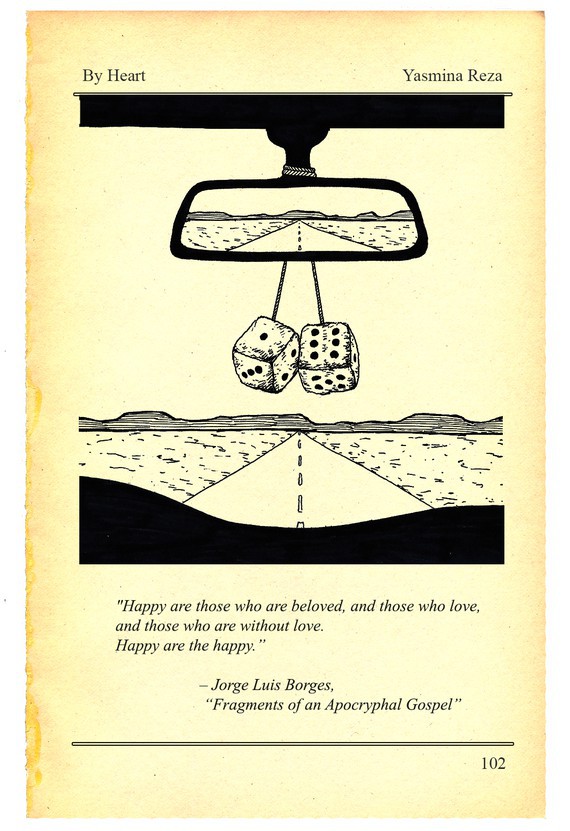 The debate over what happiness is, and how to achieve it, goes back thousands of years: As Arthur Brooks, an Atlantic contributing writer, points out, the Greek philosopher Epicurus believed that happiness involved freedom from mental disturbance and the absence of physical pain. In the Stoic school of thought, happiness could be found only in a virtuous life.

Contemporary research tends to point to external factors that influence our happiness: The anthropologist James Suzman, who spent 30 years with the Ju/’hoansi “Bushmen,” an isolated tribe in Namibia and Botswana, found that the way we use our leisure time can have a dramatic impact. The psychiatrist George Vaillant spent decades observing the lives of Harvard sophomores to find out if there was some type of formula for a good life: He ultimately found seven major factors that influence healthy aging, both physically and psychologically.

Yet the author Yasmina Reza, inspired by a line from Jorge Borges’s poem, “Fragments of an Apocryphal Gospel,” identifies happiness as “a disposition you have inside of you,” not something influenced by the things that go on around you. Spiritual leaders such as the Dalai Lama point to happiness as inseparable from satisfaction: being content with the things we have, not yearning for the things we don’t. Victor Frankl—the famed author, psychologist, and Holocaust survivor—wrote that happiness is inseparable from a meaningful life: Only after finding a reason to be happy can one truly be happy. There are as many definitions of happiness, it seems, as paths to it.

On May 11, The Atlantic will host a live event that explores the human hold on happiness—and ways to build a more meaningful life. Register here. ​

Every Friday in the Books Briefing, we thread together Atlantic stories on books that share similar ideas.

What Writing Has In Common With Happiness

“The final line of an enigmatic Jorge Luis Borges poem became the title for Yasmina Reza’s latest book, Happy Are the Happy. For Reza, Borges’ poem suggests that happiness, which people tend to talk about as achievable and context-dependent, is dispensed more mysteriously than we like to think.”

📚 “Fragments of an Apocryphal Gospel,” by Jorge Borges
📚 Happy Are the Happy, by Yasmina Reza

(Visited 2 times, 1 visits today)
The Books Briefing: How to be Happy
0
SHARES
ShareTweet

Will the ‘Bachelor’ Franchise end After Michelle Young’s Season?