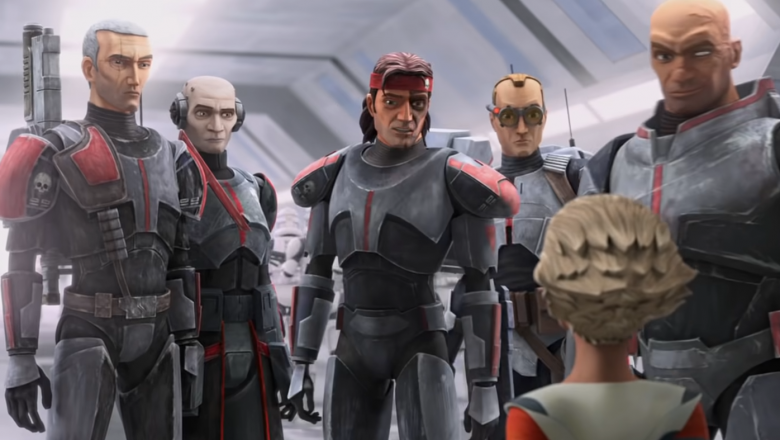 It’s almost time for the next big Disney Plus show to begin, and we’ve got all the details and how and when to watch “Star Wars: The Bad Batch.” The streaming service is fresh off the success of multiple shows, and it has continued a weekly release model in recent months.

Netflix shifted the streaming landscape by choosing to release most of their shows in bulk so viewers could binge the entire show the moment it’s available. According to a transcript by Inverse, Netflix Chief Content Officer Ted Sarandos stated that “customers have spoken loud and clear that they really like the all-in-one model, so I don’t see us moving away from that meaningfully.”

Sarandos’ comments came during the Netflix Q1 2020 Earnings Interview on April 21, 2020. However, Disney Plus has stuck to a weekly model with shows like “The Mandalorian,” “Wandavision,” and “Falcon and the Winter Soldier” that they’ll be continuing with “Star Wars: The Bad Batch.”

When Does ‘The Bad Batch’ Come Out?

‘Star Wars: The Bad Batch’ was originally ordered and announced on July 13, 2020, according to Deadline. At the time, the show was only given a vague premiere window of 2021. On February 24, 2021, StarWars.com announced that the series would debut on May the 4th, aka Star Wars Day.

As such, fans will be able to celebrate Star Wars Day this year by watching “Star Wars: The Bad Batch” on Disney Plus. If you just can’t wait for the show to release, recent toy leaks did reveal a potential spoiler for the series.

How Many Episodes of ‘Star Wars: The Bad Batch’ Will There Be?

Official Star Wars YouTube/LucasfilmMultiple characters are seen in this image from the official trailer for “Star Wars: The Bad Batch.”

According to IMDB, “Star Wars Resistance” had two seasons with 18 and 22 episodes for each. “Star Wars Rebels” had 14 episodes for the first season, 22 during the second and third seasons, and just 15 episodes …read more

Trade Proposal Has Cards Landing Ex-Defensive Player of the Year