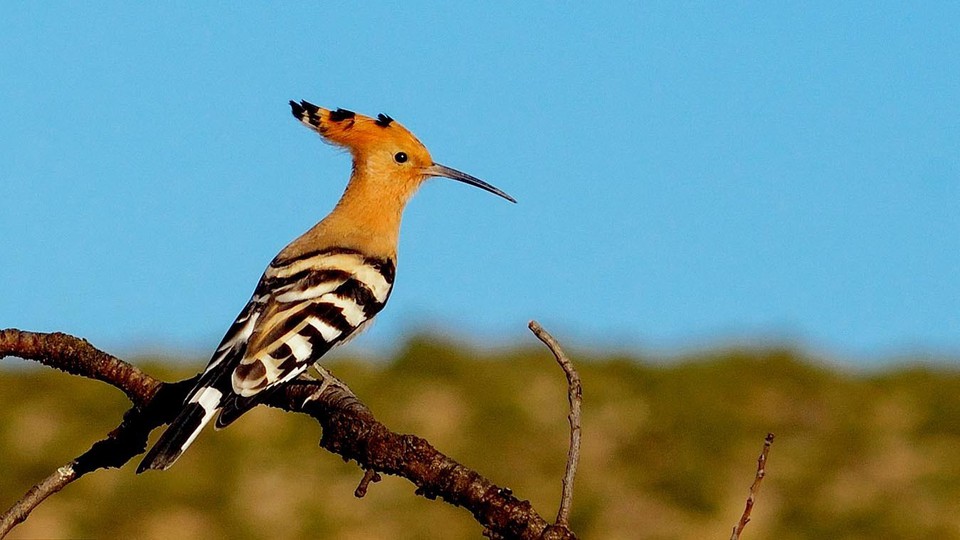 In preparation for birth, some expectant human parents will build IKEA cribs or down prenatal vitamins. Female hoopoes douse their eggs in a pungent postcoital goo.

Shortly after laying their eggs, these delightfully zebra-striped birds will begin to paint the clutch with their beak. The pigment they use is made in-house—a brown, oily substance secreted by the uropygial gland, located at the base of the female’s tail. The eggshells start out cerulean, but with each coat of fluid, they transform into a mucked-up greenish-gray. Though subtle in appearance, the secretions are rank: Thanks to the bonanza of bacteria within, they reek like “a very strong and smelly cheese,” tinged with a putrid je ne sais quoi, Juan José Soler, a biologist at the University of Granada, in Spain, who has spent years working with the birds, told me. The first time Soler grew the malodorous microbes in the lab, they stank up his entire department.

Humans might recoil, but hoopoes don’t mind the stuff. They dollop it liberally into their eggs’ sponge-like pores, imbuing them with friendly microbes that protect the eventual hatchlings from pathogens—a sort of living antibiotic. The grodier and grayer the shell, the more likely the embryo within is to survive—a trend that male birds appear to have picked up on. In a paper published today in Proceedings of the Royal Society B, Soler and his colleagues report that male hoopoes will bring more food to females tending less color-saturated eggs, an apparent attempt to invest in higher-quality chicks. It’s a heartwarming display of fatherhood, spurred on by the intergenerational application of a stinky cosmetic.

The behavior, which has never before been observed in birds, is as notable as it is bizarre. Most documented signals exchanged between male and female birds center on hot-to-trot bachelors flashing their most appealing traits, such as dazzling plumage or nest-building prowess, to coax lady birds into having sex with them. This newly discovered hoopoe trick turns that narrative on its head. Here, females are doing the advertising, after the copulatory deed has already been done. Sexual scrutiny, it seems, doesn’t stop even after birds couple up.

“Mate choice is a multistep process,” Sahas Barve, an evolutionary ecologist at the Smithsonian National Museum of Natural History, who wasn’t involved in the study, told me. “Just like humans, birds are constantly judging their partners to make sure they made the best choice.”