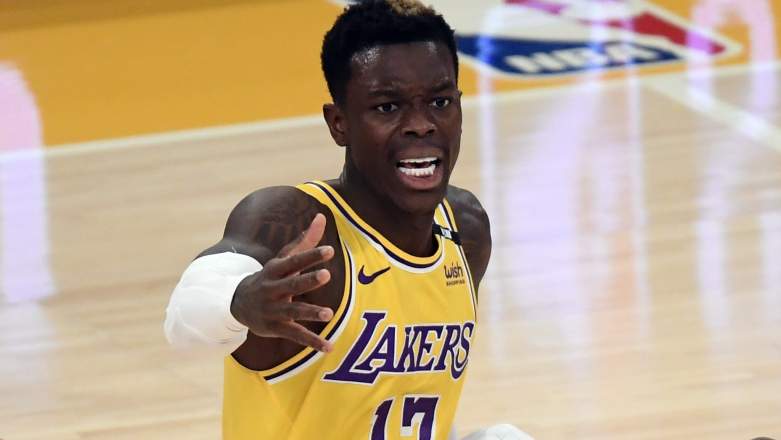 It appears that LeBron James came back from his ankle injury a little too early and the Los Angeles Lakers superstar will now be missing more time.

James will miss the next two games for the Lakers against the Clippers and Trail Blazers, per ESPN’s Adrian Wojnarowski. There’s a chance James could miss more games as well after sitting out the back-to-back.

“James and the Lakers will continue to evaluate the injury and will proceed cautiously as the Lakers ramp up for the postseason, sources said,” Wojnarowski reported. “James has experienced some trouble making hard cuts and exploding since his return from six weeks on the sideline with the injury.”

James exited the loss against the Raptors on Sunday midway through the fourth quarter and did not return. He hinted that he might have come back too soon.

“Last two games at halftime after the break, it’s gotten a little sore on me, a little tight and obviously, coach decided not to put me back in towards the end because of that,” James sad, per The Athletic. “So that’s pretty much it. … My thing is I need to be healthy and I need to make sure my ankle is where it was before, obviously before the injury.

“I don’t want to say I came back too early, but at the end of the day, I had to test it out and see where I was at.”

The Lakers are in a battle in the standings with the Mavericks and Trail Blazers, so the final eight games of the season are crucial so they can stay out of the play-in tournament.

As of Tuesday afternoon, the Lakers were in the No. 5 spot in the Western Conference, holding a half-game lead over the Mavericks and one-game advantage on the Blazers. James blasted the idea of the play-in tournament this week.

“It don’t matter where we land. That’s my mindset. If it happens to be sixth, or fifth, or whatever the case may be. Or if we end up in that playoff, whatever that thing is. Whoever came up with that s**t needs to be fired,” James said on Sunday.

Here’s a summary of how the play-in tournament will work, via NBA.com:

At the conclusion of the regular season but before the first round of the playoffs, the team …read more