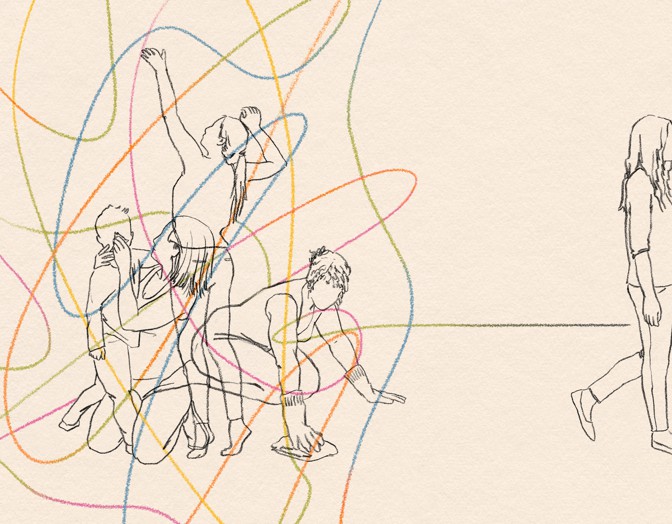 My father died this spring. Right up until he went into the hospital, at age 88, he lived alone in a small houseboat at the end of a long pier, bare of conventional creature comforts but filled with his books and maps and hiking gear. My brother and I had worried: “Dad, you could have a heart attack and fall in the lake.” Better that than give up his freedom, he’d said. To other people, his ascetic life might not have looked like freedom. It might’ve looked like emptiness. His life seemed to be made up of things he didn’t have. But to him, the not-having was the same thing as his freedom.

I sat by my father’s hospital bed for two months. As he slept, he gripped my left hand and I held a book in my right. Toward the end of my vigil, I read new novels by Rachel Cusk and Jhumpa Lahiri. The protagonists of both books have built lives that are full of refusals, as my father did. But there is one important difference—these first-person narrators are women, and they wear their refusals awkwardly; my dad wore his with a sovereign dignity. Refusal, like so much else, turns out to be the prerogative of men. The narrator of Cusk’s Second Place, identified only as M, says it plainly, addressing a male painter who is identified as L: “ ‘You’ve always pleased yourself,’ I said, somewhat bitterly, because it did seem to me that that was what he had done, and what most men did.” M, by contrast, struggles to please herself, apart from others.

Second Place is a strange novel. The publisher calls it a fable, and perhaps it is, in the sense that many of Cusk’s books can be read as fables of female dissatisfaction. Drawing on the observational spareness of her celebrated Outline trilogy and the eccentric vigor of her earlier work, she powerfully blends evocations of personal turmoil with ruminations on art, truth, freedom, the will, men and women, and more.

Cusk signals a turn away from Outline’s realism at the start, as M recounts a cryptic meeting with the devil on a train trip years earlier, heading “back to a home I thought of with secret dread” after an unsettling visit to Paris. A young mother, she has just been transported by the paintings she sees …read more

Cowboys Make ‘Head-Scratching’ Picks in 3rd Round of 2021 Draft