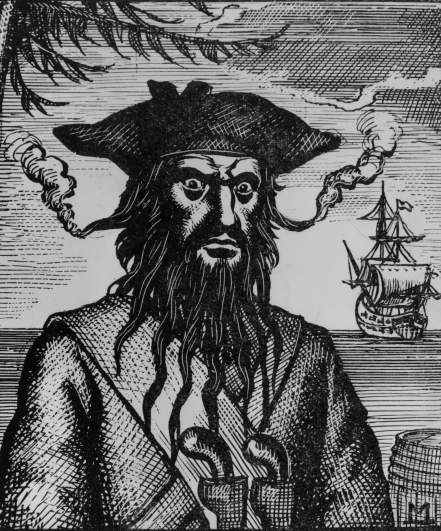 For a man so often found behind the camera, director Taika Waititi has played some crazy diverse roles. He’s played Korg, the rock alien, in the Marvel Cinematic Universe and had an Emmy award-winning performance as the voice of a droid in the Star Wars Universe in “The Mandalorian.” He’s cast himself as Hitler and a vampire. Now he’s going to be on HBO Max and he’s going to be playing the most famous pirate in history.

Waititi is most famous with Marvel fans for directing “Thor: Ragnarok” but now will be starring as Blackbeard in an upcoming series “Our Flag Means Death.” Variety is reporting that the actor, director, and Academy Award-winning writer will be co-starring with Rhys Darby as well as executive producing and directing the debut episode of the series.

GettyTaika Waititi is playing Captain Edward Teach (1680 – 1718), aka Blackbeard, a pirate who supposedly wove flaming fuses into his epic beard to terrify his victims and other pirates.

The real-life 18th century English captain Edward Teach earned the nickname Blackbeard with his epic facial hair decisions, but he earned his fame harrying boats in the waters near the Thirteen Colonies and the West Indies. He named his commandeered boat Queen Anne’s Revenge, commanded a fleet, and relied on his charisma and intimidation. The latter apparently included minor pyrotechnics and an impressive flag game.

Blackbeard has since been immortalized in numerous stories, films, and various Pirate-themed media. Robert Newton, the actor famous for playing Long John Silver in the 1950 film “Treasure Island,” also played Blackbeard in a 1952 eponymous film. In more recent years the character has been played by Deadwood’s Ian McShane (in “Pirates of the Caribean: On Stranger Tides” and John Malkovich (on NBC’s “Crossbones.”)

David Jenkins, the creator and co-writer of “Our Flag Means Death” told Variety: “Our Blackbeard is a legend, a lover, a fighter, a tactical genius, a poetic soul, and quite possibly insane…Only one man could play this role, and that is the great Taika Waititi. We’re thrilled beyond measure he’s decided to don the beard.”

Waititi has worked with HBO before. He acted as a writer and director on “Flight of the Concords” a show in which Darby also co-starred. Waititi went on to work again with half of the Concords, Jermaine Clement. The fellow New Zealand writer, director and actor …read more