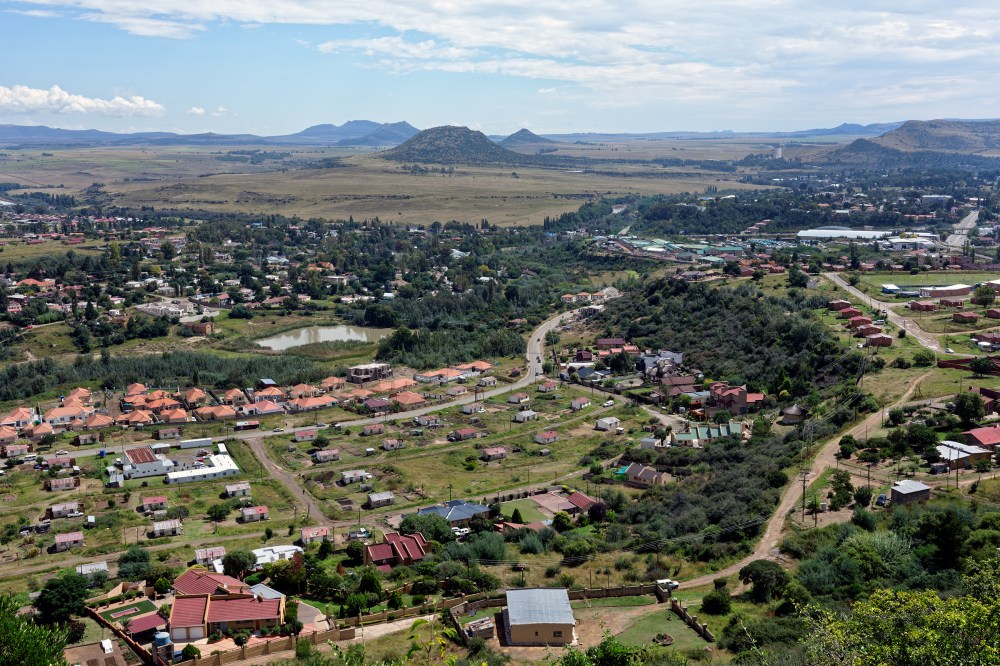 In the ‘80s, Taiwanese and South African companies set up some of the first garment factories in Lesotho, a landlocked country encircled by South Africa. They were drawn by its low labor costs, favorable tax benefits, and access to both the southern African and international markets. When then-President Bill Clinton signed a trade deal called the African Growth and Opportunity Act (AGOA) in 2000, allowing duty-free exports to the U.S., the industry boomed. In the four years after, the number of people employed in the sector jumped to 54,000 workers—a 260% increase—according to the United States Agency for International Development (USAID) TradeHub.

Today, the thriving garment industry is Lesotho’s second-largest employer, and its workers, an estimated 90% of whom are women, craft clothes for some of America’s most prominent brands: Levi Strauss, Wrangler, JCPenney and Walmart. The U.S. is the largest recipient of Lesotho’s garment exports, worth $303 million in 2019, according to USAID TradeHub. While the country is known for specializing in denim, the largest part of its apparel industry is dedicated to knit garments: T-shirts, tracksuits and sportswear, such as Fabletics’ fast-fashion leggings that sell for $50 a pop.

In a country with persistently high unemployment rates, a steady decline in opportunities for men in the South African mining sector coincided with increased employment for women in Lesotho’s garment industry, and women are now often the breadwinners of their households. Most of the Hippo Knitting employees interviewed were paid roughly $150 per month.

“I hate my job, but I cannot leave because there is nowhere else,” says one female employee at Hippo Knitting.

Two years ago, a report by Workers Rights Consortium, a U.S.-based NGO, revealed widespread rape, sexual harassment and assault at

Published in partnership with The Fuller Project, a global nonprofit newsroom reporting on issues that affect women.

Employees at a garment factory in Lesotho, a tiny country in southern Africa, say they have lived in constant fear for years. Each day at 7 a.m., as their sewing machines whirred, a familiar panic rose in many of them: It’s not safe here.

At least 38 current workers say abuse and harassment are taking place within the walls of Hippo Knitting, a Taiwanese company located in Lesotho’s capital, Maseru, an investigation by TIME and The Fuller Project has found. All employees interviewed asked to remain anonymous out of safety concerns and fear of losing their jobs.

Thirteen women interviewed say their underwear and vulvas are often exposed during routine daily searches by supervisors. Another woman says a male supervisor tried to pressure her into a sexual relationship, while three women allege male supervisors sexually assaulted them. Several of those workers added they are often humiliated and verbally abused by management. Workers say they are forced to crawl on the floor by one supervisor as a punishment. In one recent instance, a woman says she urinated on herself because the same supervisor prevented her from accessing the bathroom.

After TIME and The Fuller Project reached out to Fabletics on April 29 for comment on the alleged abuse at Hippo Knitting, the brand vowed to do “everything in [their] power to further remedy the situation,” according to a spokesperson.

“We have immediately suspended all operations with Hippo Knitting, with a site visit and interviews beginning as soon as possible under current COVID-19 restrictions,” the spokesperson wrote in an email. “The top priority for Fabletics is the workers who are impacted, and we are committed to providing their full pay during the course of the investigation.”

A representative for Kate Hudson said she had no knowledge of the reports before TIME and The Fuller Project reached out, and that “Fabletics management attested to Kate that they maintain the highest ethical and social standards in their factories and workplaces and have commenced a full and comprehensive investigation.”

Many workers say they’ve been working under these conditions for years. Now, they and Lesotho-based unions are concerned that roughly 1,000 workers could lose their jobs if Fabletics pulls their business from the …read more

More Than 100 Injured in Stampede at Israeli Religious Festival

India Hits Another Grim Record as It Scrambles for Oxygen Supplies