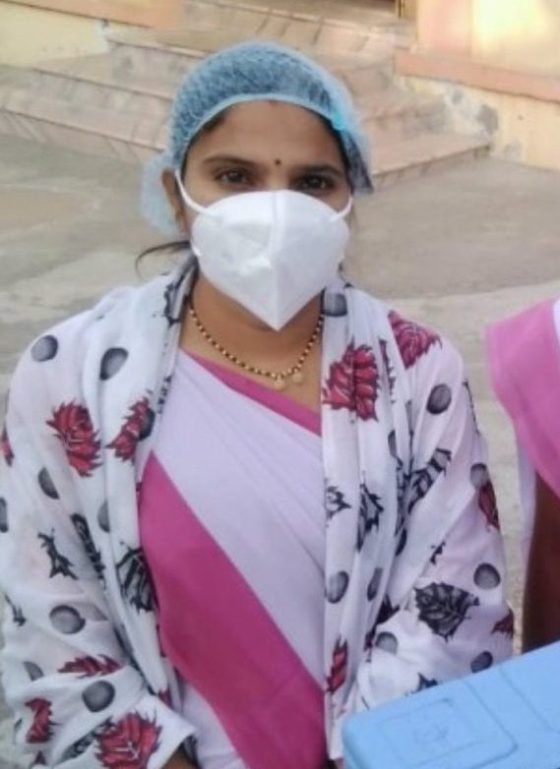 Lakshmi Kuril woke up feeling unwell on April 27. A community healthcare worker in India’s western state of Maharashtra, Kuril, 35, she had a pre-existing heart condition and the increased work and stress of fighting the COVID-19 surge that is ravaging India meant she often felt exhausted and lightheaded. But she didn’t let it stop her. “She wanted to be a doctor,” her husband Dinesh Kuril, tells TIME, but she grew up poor and “this was the closest she could get to that dream.”

After attending a meeting of fellow health workers, she felt worse and returned home—busying herself with housework and cooking dinner for her husband, her 15-year-old daughter and her 12-year-old son. As she stood to clear the dishes, she collapsed.

Dinesh rushed her to a nearby hospital, but was refused admission, possibly because there was no room due to a surge in COVID-19 patients—though Dinesh says the doctors “barely threw a glance” at Lakshmi. Unwilling to accept that Lakshmi was beyond help, Dinesh took her to another hospital 5 miles away. Doctors there said she arrived too late for them to save her. “I was so angry, helpless,” Dinesh says. “My wife sacrificed her life working for a government that did not care about her as a human being.” She was tested for COVID-19 after her death, though the results haven’t yet come through.

Courtesy the Kuril familyLakshmi Kuril, 35, was an Accredited Social Health Activist (ASHA) in Maharashtra who died on April 27. Kuril had a heart condition and her husband blames the stress of fighting India’s COVID-19 surge for her death. He said doctors at the local hospital refused to treat her when she arrived. Many ASHA workers feel abandoned by the government.

Read More: 1 Million Women Healthcare Workers Have Been Drafted to Fight COVID-19 in India—For as Little as $40 a Month

As a new wave of infections rips through India, many community health workers feel abandoned by a government that they say has consistently put their lives at risk with little protective equipment, little pay (sometimes just $30 a month) and little recognition. Lakshmi was an Accredited Social Health Activist (ASHA), part of a 1 million-strong force of female health workers who serve as a connection between smaller, mostly rural communities and India’s overloaded public health system.

‘There’s No Easy Way Out of This.’ How Anti-Government Protests in Colombia Escalated into Deadly Clashes with Police