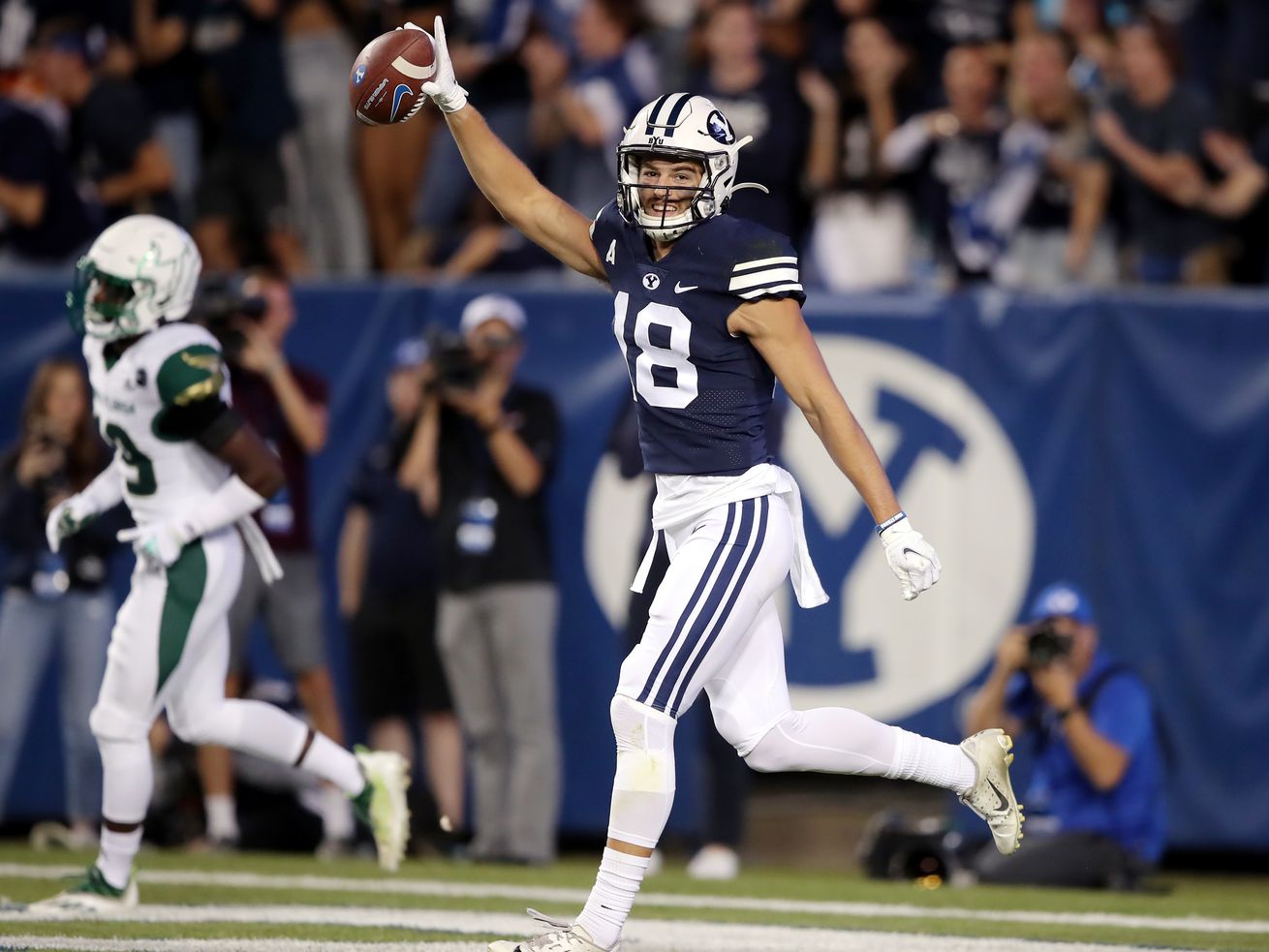 BYU receiver Gunner Romney celebrates after making a long catch for a touchdown against USF at LaVell Edwards Stadium in Provo on Saturday, Sept. 25, 2021. After mulling his options, Romney announced Wednesday he would be returning to the BYU football team for the 2022 season. | Scott G Winterton, Deseret News

Talented wide receiver has three goals for 2022 season, one being to stay healthy for the entire season

In a world of “grab what you can as fast as you can,” BYU junior receiver Gunner Romney is pushing the pause button. His dreams of playing in the NFL are as vivid as ever, but reality screams that he’s not ready — and the economics major is smart enough to listen.

“I’m coming back to BYU for another year,” Romney told the Deseret News. “I felt it was the best decision for me overall. It’s not just a football decision, it’s a life decision. My dream to play in the NFL will still be there next year.”

Five key pieces of the Cougars’ offense will not return next fall. Backup quarterback Baylor Romney, running back Tyler Allgeier, center James Empey and receivers Neil Pau’u and Samson Nacua have all either declared for the draft or completed their eligibility.

Romney caught 34 passes for 594 yards and three touchdowns during the Cougars’ 10-3 season. Barring any additions from the transfer portal, he will return as the only senior in the receiving corps — a group that is robust with talent, including Puka Nacua, Keanu Hill, Chase Roberts and others.

“I love the ‘dog’ in that receiving group,” Romney said. “I feel like no one here is afraid of competition. No one is afraid to get their hands dirty. That’s something that stuck out from last year. Those guys won’t back down from anyone.”

Romney has three major objectives to accomplish at BYU this fall.

“My No. 1 goal is to play a full season healthy,” he said. “Last year I had a couple of unfortunate injuries. I want to get my body strong and as healthy as possible going into the season. That’s the biggest knock on me — I haven’t stayed healthy.”

A dose of bad luck was waiting for Romney during the season opener in Las Vegas. While blocking downfield for Allgeier, he suffered a sprained …read more

Instant analysis: Depleted Jazz don’t have enough to get past lengthy Cavaliers

The ‘Three Centers’ — sharing past, present and future together at BYU