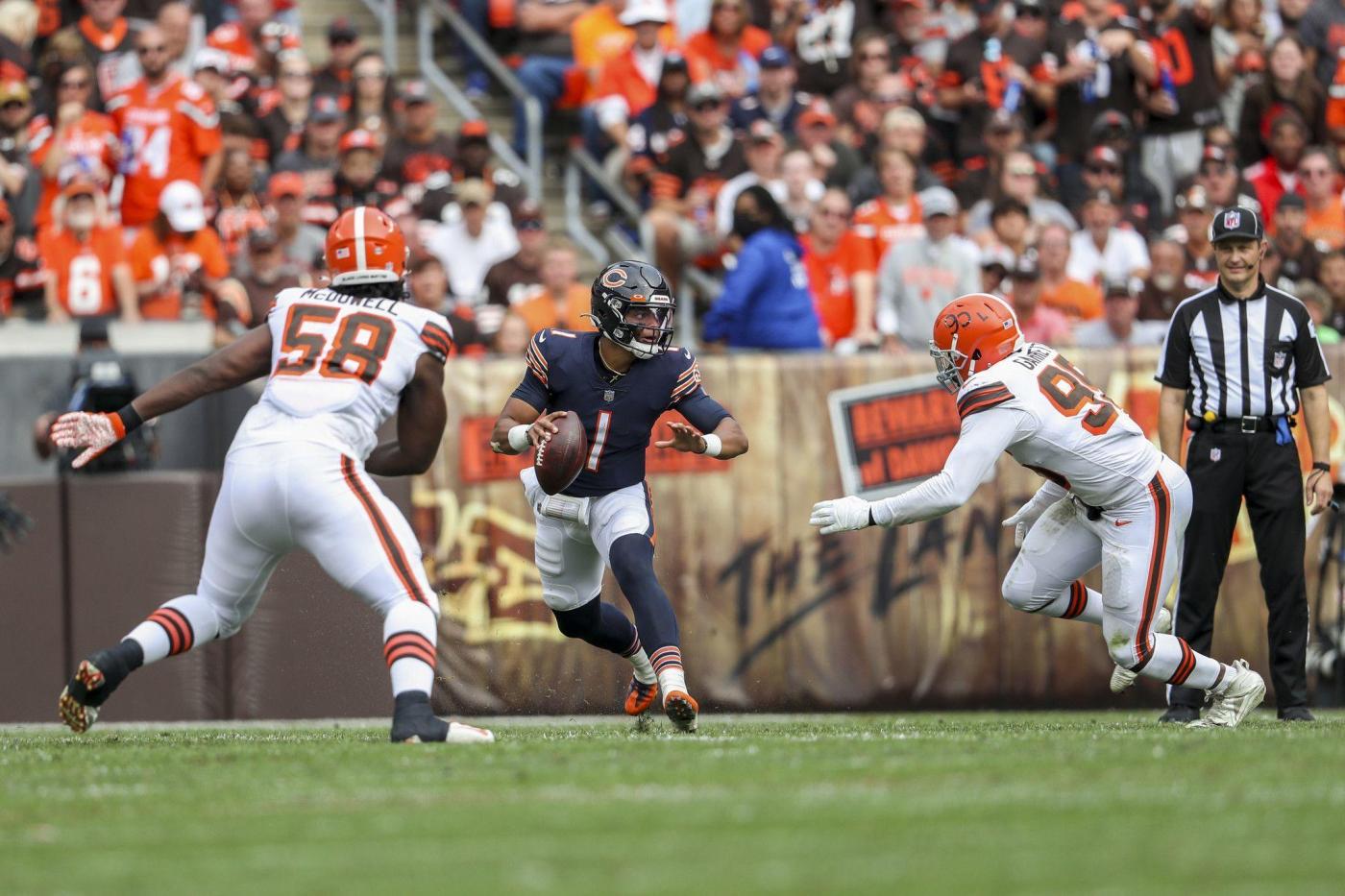 Hours after informing Ryan Pace and Matt Nagy they had been fired, Chicago Bears Chairman George McCaskey promised the search to replace them “will result in the best possible selections to lead the Bears to success.”

McCaskey and President and CEO Ted Phillips spoke with the media for an hour Monday afternoon detailing how they would find the next Bears next general manager and coach.

Here are five questions they answered during that session.

1. Who will be involved in the Bears search?

While McCaskey said he ultimately will make the decision on the next GM and coach, the Bears assembled a five-person search committee — McCaskey, Hall of Fame executive Bill Polian, Phillips, vice president of player engagement LaMar “Soup” Campbell and senior vice president of diversity, equity and inclusion Tanesha Wade.

Polian, 79, spent 32 years in the NFL and was an executive with the Buffalo Bills, Carolina Panthers and Indianapolis Colts. His teams made the Super Bowl five times, with one win with the Colts against the Bears in the 2006 season. Among his coaching hires were Hall of Famers Tony Dungy and Marv Levy and also Dom Capers and Jim Caldwell.

“I was struck in our earliest conversations with Bill how very much on top of the game he is and even on our situation,” McCaskey said. “When we called him out of the blue, he was asking us detailed questions about our roster, about our injury situation with particular players. He was very much up on the game in general and the Bears’ situation in particular. So I think we’ll be in good hands leaning on Bill to help us make this decision.”

Phillips has been the Bears President and CEO since 1999 and has seen the team hire three general managers and five head coaches. During his tenure, the Bears have made the playoffs six times and lost 10 or more games nine times.

“I trust Ted implicitly,” McCaskey said. “Because I have great respect for his judgement, his analytical skills, his instincts when it comes to the people that we’re interviewing, and in the end he’ll be negotiating the contract of the general manager and the head coach.”

Campbell is a former NFL defensive back with the Detroit Lions. The Bears hired him in 2017 to work with players, and is …read more

(Visited 1 times, 1 visits today)
How will the Chicago Bears conduct their searches for a new GM and coach? And what do we know about the search committee? 5 questions — and answers — about the days ahead.
0
SHARES
ShareTweet

I made sure to have perfect attendance at work, and it backfired. Here’s why I’ll prioritize self-care going forward.

Cardinals RB Makes ‘Catch of the Year’ on Crazy Fake Punt vs. Cowboys