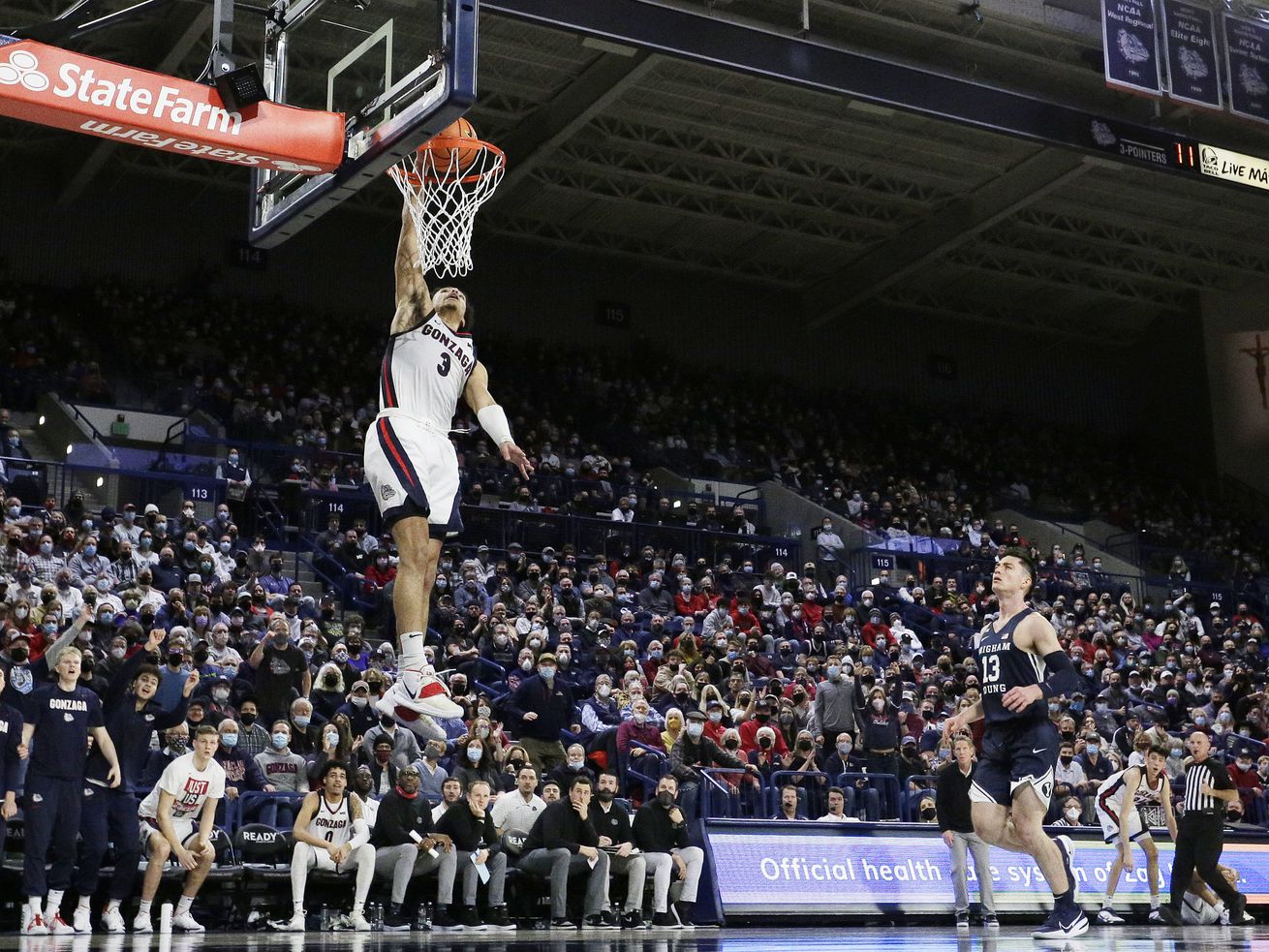 Some thought the Cougars would have to play a perfect game to have any hope of beating Gonzaga. It was the Zags who played an almost perfect game.

SPOKANE — Going into Thursday night’s game at The Kennel, some thought BYU would have to play a perfect game to have any hope of knocking off No. 2 Gonzaga.

But who would have guessed that the Zags would play an almost perfect offensive game against the Cougars?

Gonzaga shot 69% from the field, and easily surpassed the century mark with a little less than seven minutes remaining, in a 110-84 thumping of BYU.

It tied for the Cougars’ most lopsided loss in the Mark Pope era. BYU also lost by 26 points against USC last season.

BYU entered the night giving up just 63.1 points per game this season while the Zags were averaging 87.9 points.

What went wrong for the Cougars? And what went right for Gonzaga?

“A lot of things. We made a conscious decision, in game-planning, that we were going to do everything we could to try and protect 2-point land, especially around the rim,” Pope said. “And they shot 10 of 15 from the 3-point line in the first half. That’s what a great team does.”

The Zags led by as many as 19 in the first half and extended that advantage to as many as 34 in the second half, when they shot 71.4%.

“There are so many issues that they cause for teams. We tried to make an adjustment in the second half, and they shoot 1 of 6 from the 3-point line and make every single shot inside the 3,” Pope said. “They’re a really talented team, and really well-coached. We had no answers for Timme in the ball screen action.”

Gonzaga, meanwhile, had answers for every BYU defensive scheme and adjustment the Cougars threw at the Zags.