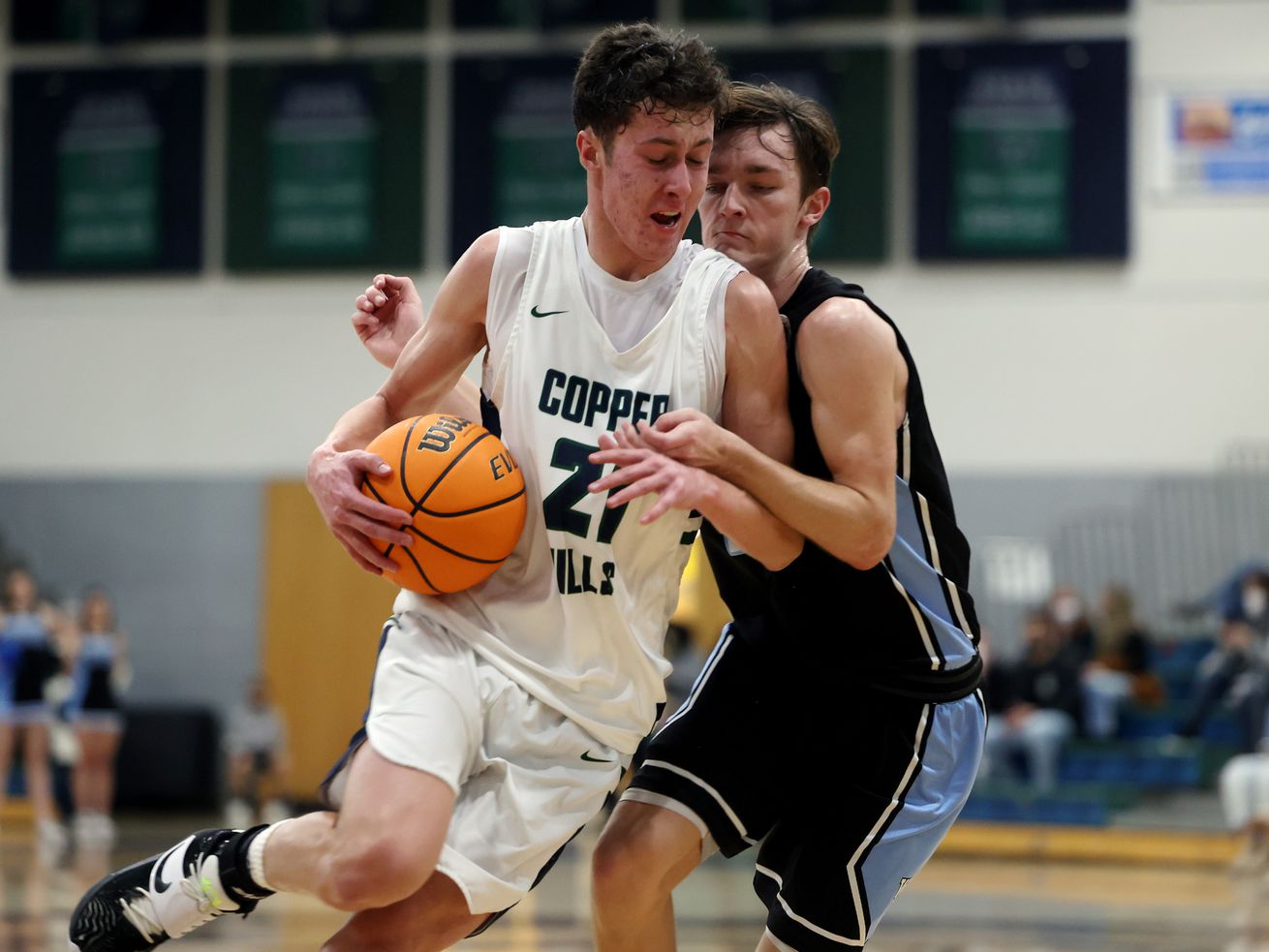 WEST JORDAN — This has already been a memorable season for the Copper Hills boys basketball team.

The Grizzlies have already endured a long road trip to Florida that almost didn’t get off the ground, took home a preseason tournament trophy at Skyridge, then fell apart in an early afternoon game at Farmington.

On Friday night, coach John Watkins’ group welcomed rival West Jordan to their gym, and the Grizzlies got a pair of important rebound baskets by Kyson Hymas in the last four minutes of the game and that proved enough to beat the Jaguars 57-51 in the Region 3 opener for both teams.

“The boys on the court make big plays at big moments,” said Watkins. “We talked about letting things go and flipping our mindset.”

Their mindset didn’t seem particularly focused for much of the game, but McCoy Langston (21 points), Luke Moir (14) and Logan Weidauer (11) provided much of the offense that kept Copper Hills evenly matched as both teams looked for a player to make key plays when needed.

West Jordan relied on Brandon Christensen’s 17 points, and Boston Farmer had 12. However, as the teams went into the final quarter tied 39-39, it was never evident who would break through until the 6-foot-5 Hymas snagged a missed shot and somehow got the ball into the basket between two Jaguar defenders to give the Grizzlies a 48-45 lead with 4:30 left.

Langston and Christensen then traded baskets before Hymas successfully battled for another offensive rebound and scored again with just under a minute remaining for a 52-48 lead. After that, West Jordan was forced to foul and the Grizzlies made 4 of 6 free throws to improve to 8-2 overall and 1-0 in region.

More importantly, it was the ninth straight win for Copper Hills against its rival. Afterward, Watkins was so burned out emotionally that he had to think hard who was next on the Grizzlies’ schedule. He said it felt good to have this game over.

“We knew it would be a challenge,” he said. “I’ve seen a lot of these battles. We try to bury our emotions.”