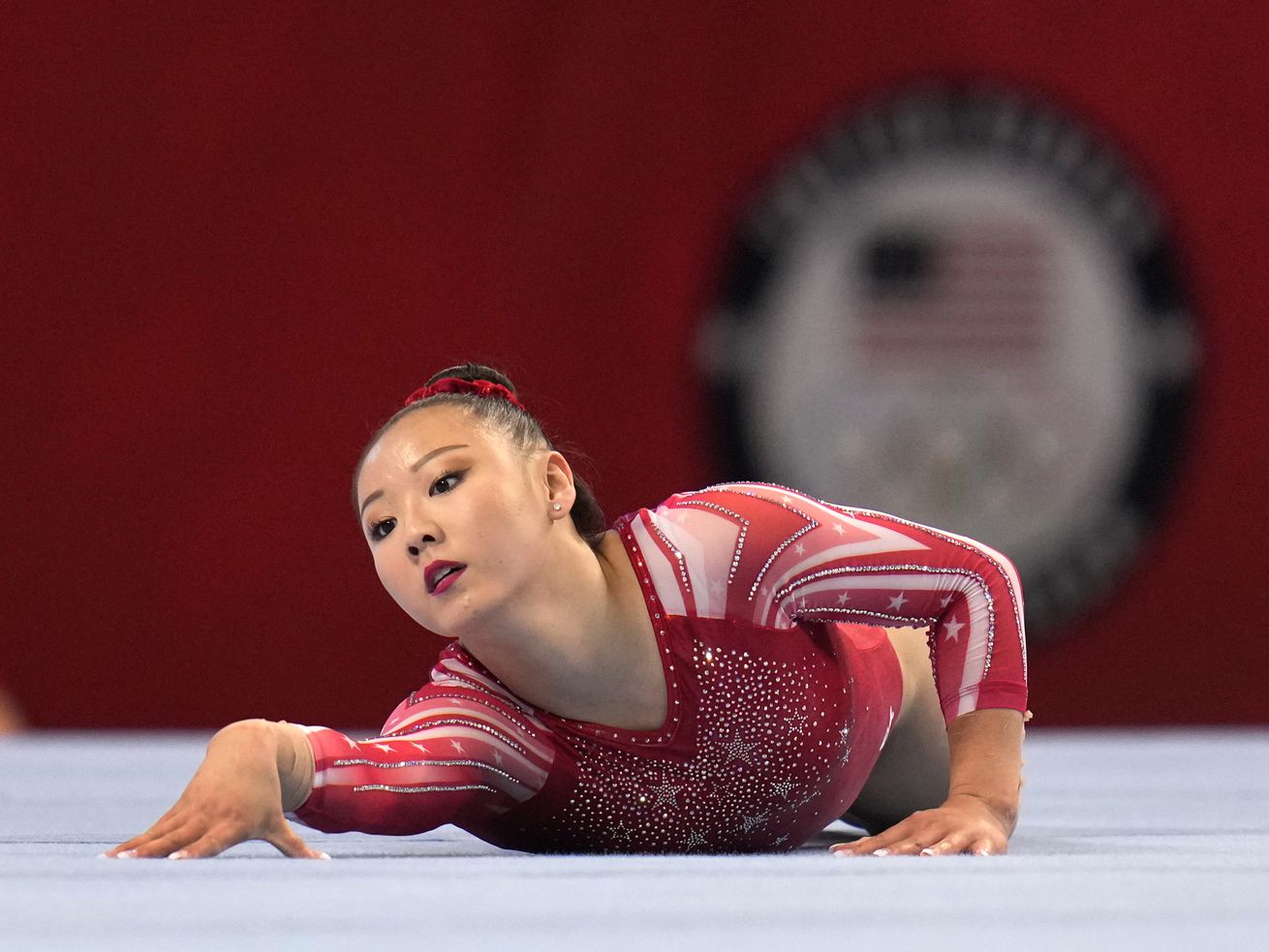 Eaker was injured during warmups on vault at the Best of Utah, the Red Rocks’ season opening meet against BYU, Southern Utah and Utah State.

University of Utah freshman gymnast Kara Eaker will miss time this season due to injury.

Per a university spokesman, Eaker suffered a sprained ankle at the Red Rocks’ season opening Best of Utah meet last week and will miss at least three weeks.

A U.S. Olympic alternate at the Tokyo Olympics last summer, and one of four highly touted freshmen to join Utah’s team this season, Eaker slipped during warmups on vault at the Best of Utah and was immediately removed from competition.

Utah head coach Tom Farden was cautiously optimistic afterward and an MRI Monday revealed the extent of the injury.

Life came at Zach Wilson fast as an NFL rookie. Here’s what he learned