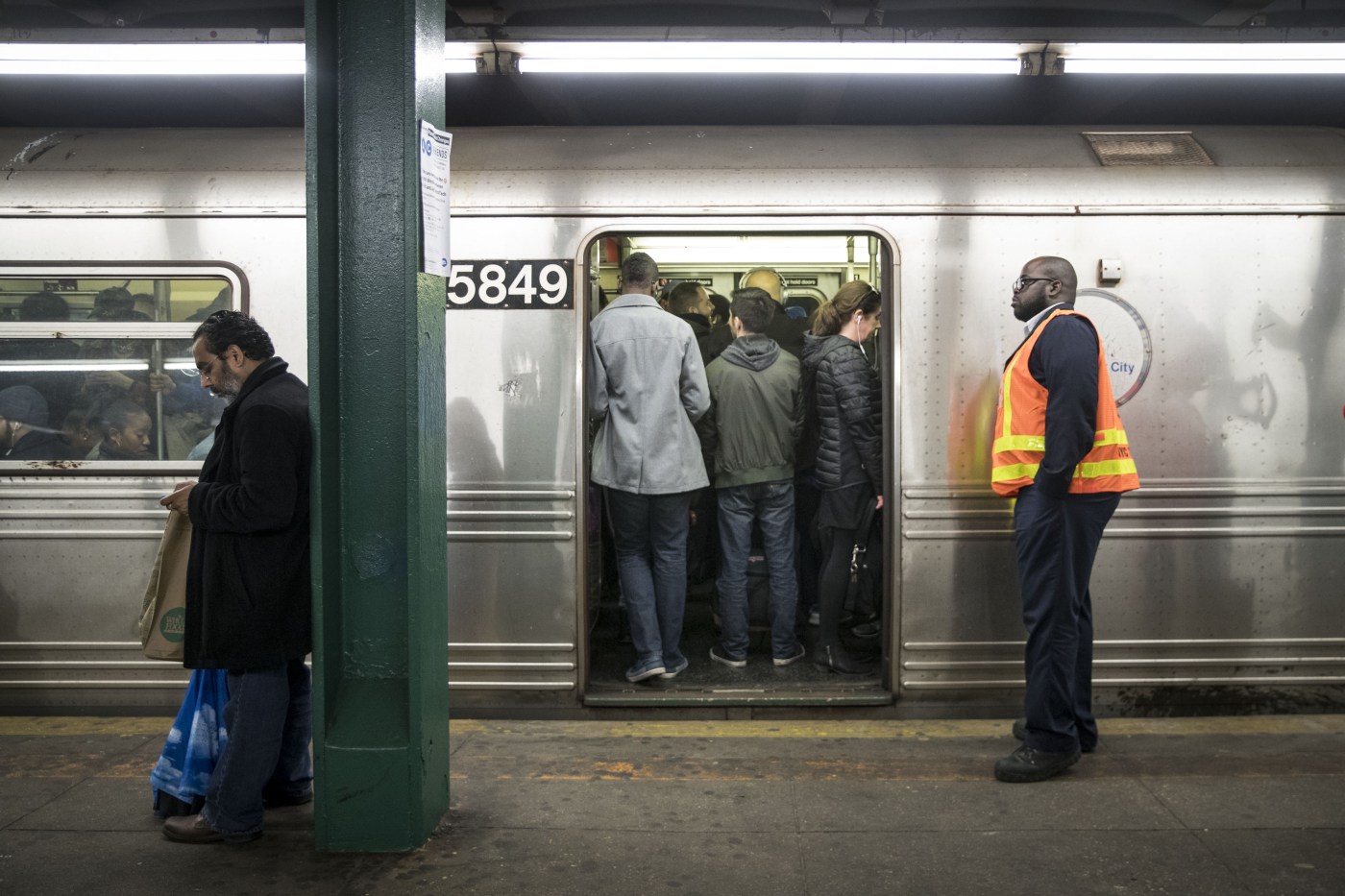 NEW YORK — An Asian woman was killed Saturday morning after she was pushed in front of an oncoming subway train at the Times Square station, the police said.

The woman was standing on the platform around 9:30 a.m. waiting for the train to arrive at the station at 42nd Street in Manhattan, police said. As a Brooklyn-bound R train pulled into the station, she was pushed onto the tracks and struck by it.

She died at the scene, the police said. Her name was not immediately released. It was unclear whether she was targeted because she was Asian.

Officers arrested a man shortly afterward, and he was still being questioned at around 11 a.m., police said.

The killing lies at the crux of several issues that have spurred concerns from some New Yorkers over subway safety since the pandemic began and came after state and city officials this month announced changes to how the police would work in the transit system.

More than 2,000 officers are assigned to patrol the system and will lead more regular sweeps of it, Gov. Kathy Hochul and Mayor Eric Adams have said as they aim to lure back more riders.

The state is also developing teams of social workers and medical professionals to work with officers to provide services to the thousands of homeless people living on the streets and on trains.

Adams said he believed an underlying “perception of crime” had prompted worries among some subway riders.

Transit officials have emphasized that serious crimes in the system are at their lowest in decades, and major felonies were at their lowest combined total in 25 years through November. However, ridership was also much lower, and the rate of several crimes per million riders has risen since 2019.