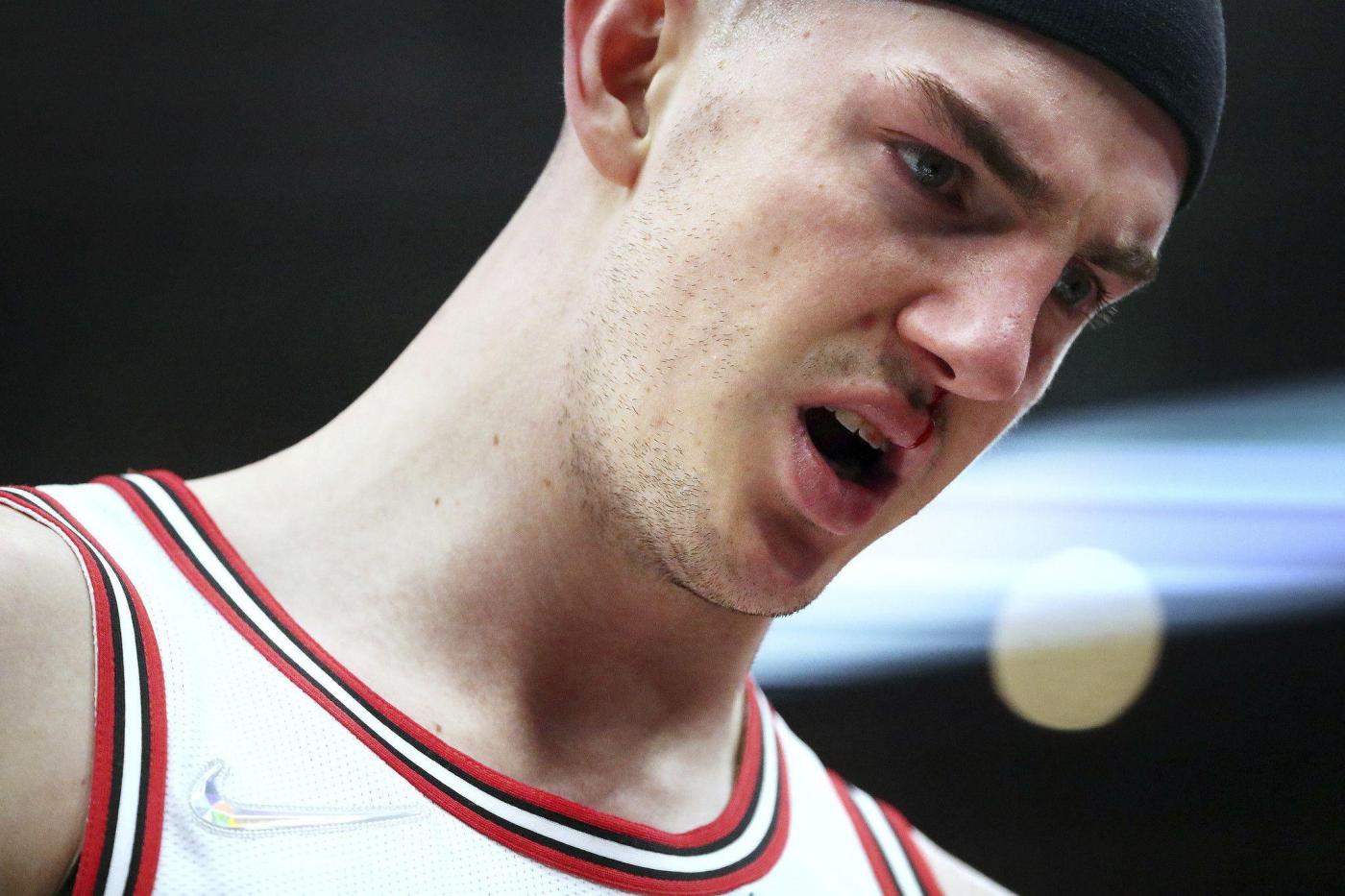 Alex Caruso could miss Game 5 of the Chicago Bulls’ first-round playoff series after being placed in concussion protocol this weekend.

Caruso took an inadvertent blow to the face from Milwaukee Bucks guard Jevon Carter in the second quarter of Sunday’s Game 4 loss. Carter’s arm swiped across Caruso’s face as he drove by the defender and appeared to make contact twice. The contact caused Caruso’s nose to bleed, which required several minutes of clean up before he could return to the game.

Although Caruso insisted on playing through the quarter, coach Billy Donovan said the guard was visibly in pain and exhibited concussion symptoms in the locker room, which resulted in his removal from the game.

Following further tests, Caruso was placed in concussion protocol Monday. Donovan said Caruso will be “day-to-day” as he continues to test, and the Bulls medical staff is unsure when he will be approved for contact again.

“Now it’s about how soon does he start to not have symptoms anymore before he can get back in play,” Donovan said. “His availability in Game 5 right now is up in the air.”

Losing Caruso would be a blow to the Bulls as they face elimination against the Bucks on Wednesday, who currently hold a 3-1 lead with home court advantage. Caruso started as the Bulls point guard throughout the series and in the final stretch of the regular season. He has been sidelined for long swathes of this season due to injuries, including a broken wrist and back spasms. Rookie Ayo Dosunmu typically has filled in in Caruso’s absence.

Besides missing a starting guard, the Bulls also lose their sharpest defensive edge without Caruso on the perimeter. Defense is a necessity for the Bulls, as they’ve averaged only 94 points per game in the series.

Donovan said the Bulls expect to reassess Caruso Tuesday before the team heads up to Milwaukee to prepare for Game 5.