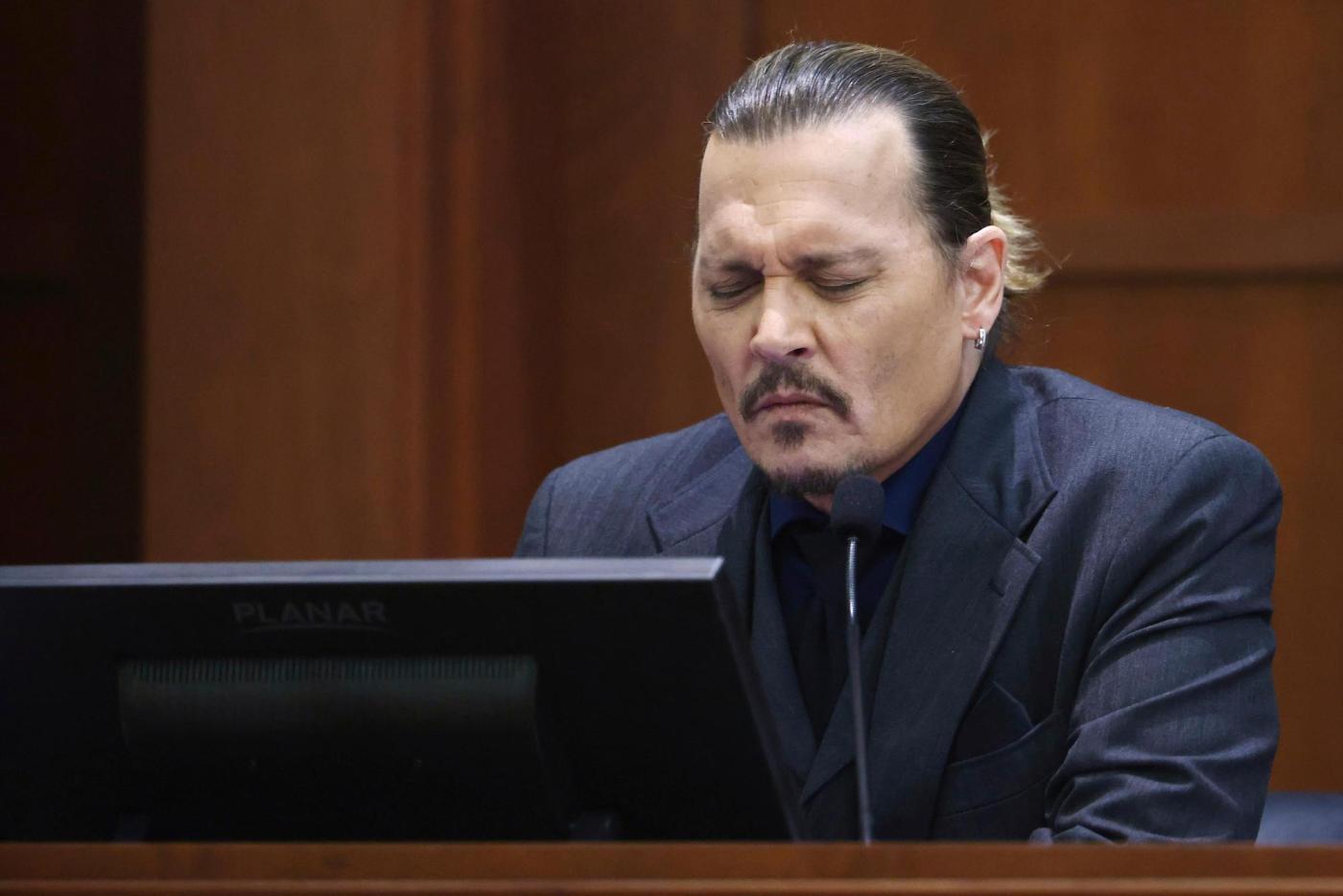 FAIRFAX, Va. (AP) — Actor Johnny Depp concluded a grueling four days on the witness stand Monday, telling jurors in a calm voice that he filed his libel lawsuit against his ex-wife because it was his best chance to reclaim his reputation, just hours after they heard audio clips of him berating his wife with coarse vulgarities.

“It was the only time I was able to fight back and use my own voice,” Depp said of his decision to sue Amber Heard for a 2018 op-ed piece in The Washington Post in which she refers to herself as “a public figure representing domestic abuse.”

He continued to deny that he ever hit Heard, and accused her of hitting him and throwing items including paint cans and vodka bottles at him. And jurors heard an audio clip of a conversation between Depp and Heard in which she seems to taunt him and suggests he won’t be believed or respected if he were to publicly cast her as an abuser.

“Tell them, I, Johnny Depp, I’m a victim of domestic abuse … and see how many people believe or side with you,” Heard says on the recording.

Earlier Monday, though, they heard recordings in which Depp referred to the violence that could ensue if their arguments were allowed to escalate.

“The next move, if I don’t walk away … it’s going to be a bloodbath, like it was on the island,” Depp says on the recording.

In other clips, Depp loudly shouts vulgarities at his wife, calling her a degrading name and yelling, “You stupid f—-” at her.

Depp winced on the stand as one of the clips was played; Heard appeared to fight back tears at several points as she listened to the recordings.

Heard’s op-ed never mentions Depp by name, but he argues that he was defamed nonetheless because parts of the piece clearly refer to allegations of abuse she made in 2016 when she filed for divorce and obtained a temporary restraining order.

The clips were part of a lengthy cross-examination of Depp that began last week and concluded late Monday morning.

Heard’s lawyers focused throughout the cross-examination on Depp’s drinking, drug use and charged interactions with Heard during their relationship.

Throughout the cross-examination, …read more

Depp finishes 4 days on stand; filed lawsuit to ‘fight back’

Historic Black town lies one hurricane away from disaster

Filipino-Calgarians rally ahead of presidential election