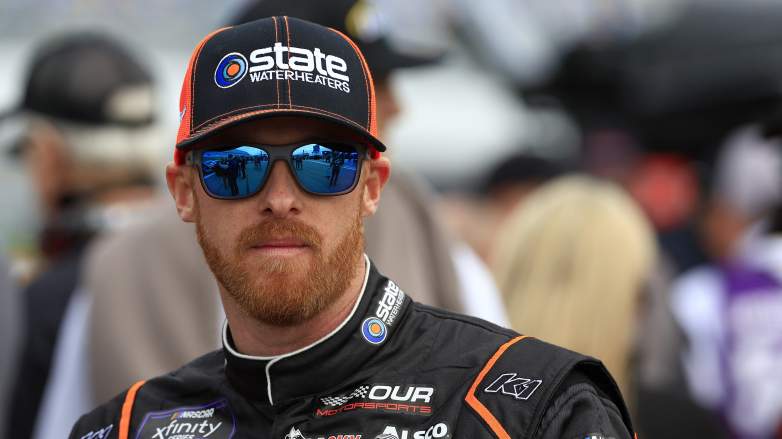 A race-winning NASCAR scheme is making a comeback at Darlington Raceway on May 7. Our Motorsports driver Jeb Burton will honor his dad, Ward Burton, with his Throwback Weekend scheme.

The Xfinity Series team announced the news on April 25. Our Motorsports posted a side-by-side comparison of the two schemes. Burton will drive a red and white stock car with throwback door numbers and Solid Rock Carriers logos on the hood and sides. This scheme is a recreation of the No. 27 that Ward took to Victory Lane at Rockingham Speedway in 1992.

How awesome is this throwback to my dad?! He won in this car for his first Busch win at Rockingham. Thanks Solid Rock Carriers! pic.twitter.com/RQQ3X9PDYb

“This scheme is special to me, it’s where we got the inspiration to use the No. 27 this season,” Burton said in a press release from Our Motorsports. It’s a number that’s significant to not just my dad but to me as well. When I first started in go-karts, I used the No. 27. I even made my NASCAR debut by driving the No. 27 in the Truck Series. The win dad had with this scheme at Rockingham was huge for his career. Hopefully, we can have one more win with those colors. Big thank you to Solid Rock Carriers for allowing us to do this. Hopefully, we can make them proud!”

The 1992 Season Was Crucial for the Elder Burton

The scheme, which dates back to Ward’s time in what is now the Xfinity Series, has special significance for the family. It was the one that the now-retired driver used to secure his first win in a national NASCAR series.

The 1992 season was Ward’s third overall in the Xfinity Series. He entered the year with 11 career top-10 finishes and two top-fives, but he turned in an even stronger season while driving the No. 27 entry.

Ward started the year with a third-place finish at Daytona International Speedway, and then he followed it up with the win at Rockingham Speedway. He led 22 laps and held off Mark Martin to reach Victory Lane for …read more