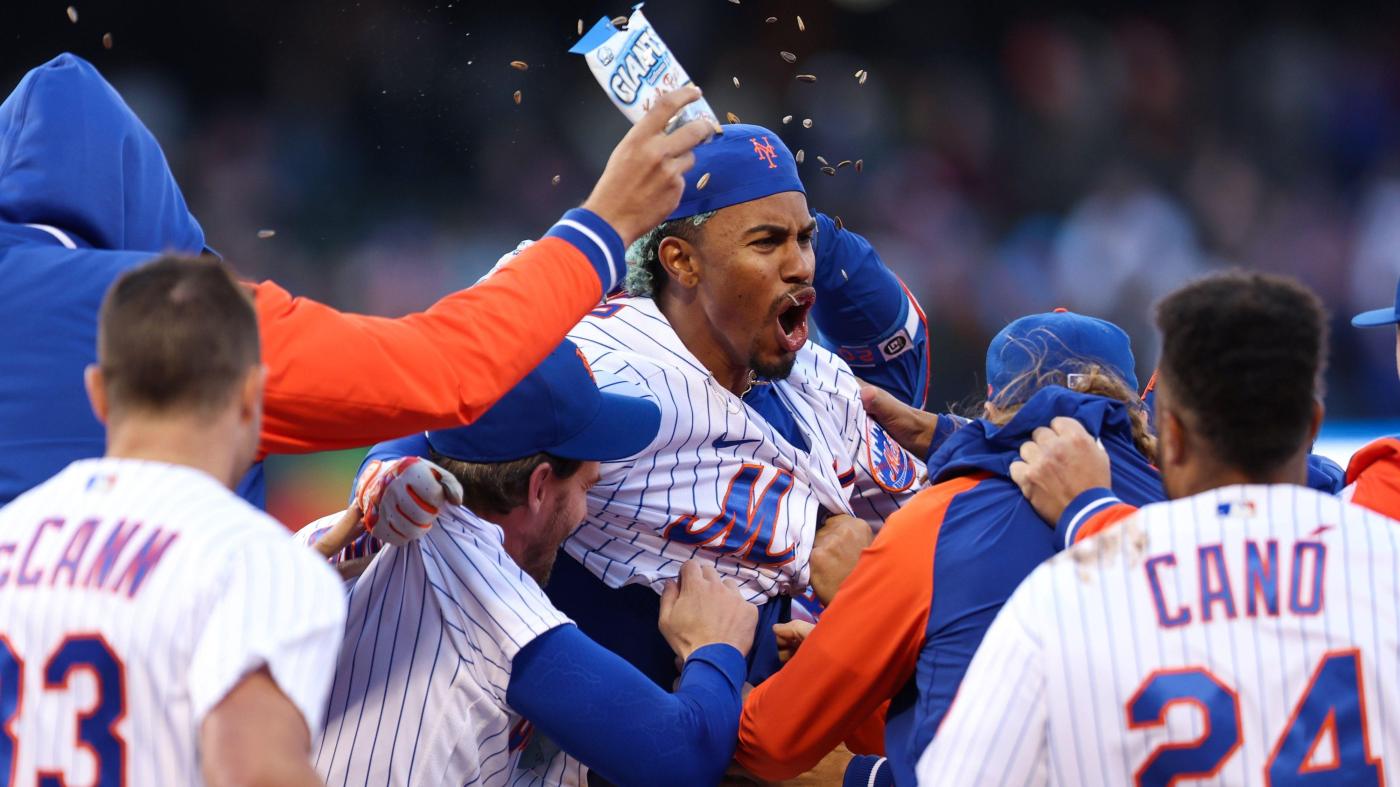 ST. LOUIS — The Mets are the first team in MLB to reach 12 wins. They entered Monday leading the National League East by a four-game advantage. They’ve won each of their first five series to begin the season, matching a franchise record. This week in the Midwest, the Mets will look to win their sixth straight series to open the year for the first time in team history.

Yet, despite their winning ways, the Mets are trying not to get carried away with that momentum. Instead, players are keeping their heads down and approaching their strong start to the year with a still-hungry mindset. After all, it’s only April. No one understands that better than veteran players, like Max Scherzer, Carlos Carrasco, Starling Marte, Chris Bassitt, and other established players on the roster.

The first-place Mets are looking for ways they can improve.

“It’s easier for us to focus on getting better and improving and not trying to focus on the highs right now,” said Dominic Smith on Monday at Busch Stadium. “And that starts with Buck.”

Smith is certainly not the first player to attribute the Amazin’s revamped attitude to their manager, Buck Showalter. The veteran skipper has instilled a work ethic in the Mets that both new and experienced players find refreshing. Showalter ensures the Mets focus on the basics, the foundation of the game, rather than becoming enamored with statistics, leaderboards, or just going through the motions.

While fans may take pleasure in the club leading the majors in hits (146), being second in on-base percentage (.343), third in runs (81), fourth in batting average (.256) and ranking in the Top 10 in several other offensive categories, that minutiae is exactly what Showalter does not want his players concentrating on.

Smith said Showalter just wants the Mets to display good fundamentals and have an excellent understanding of the ground rules; then the wins will follow. In that way, Smith said, the Mets will not become stagnant. The team would like to avoid a repeat of previous seasons, including last year, when they had control of first place for over 100 games only to spiral, miss the playoffs, and finish third in the division.

“We have been winning ballgames, but we still focus on ways we could improve,” Smith said. “Whether it be defensively, it could be hitting with runners in scoring position, it could be anything. It …read more

Mets not resting on laurels after another hot start

Meet the Gen Z founders behind a men’s cosmetics company with $1.2 million in funding that aims to redefine male grooming