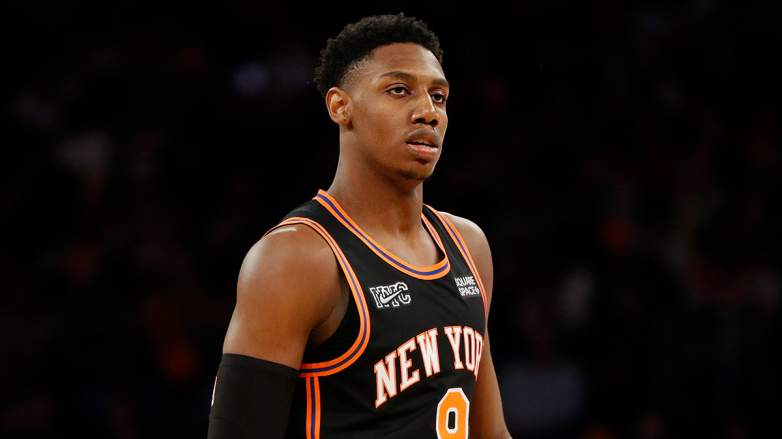 Although the New York Knicks didn’t have much success as a team in the past season, some individual efforts were swept under the rug.

In his lone year in New York so far, Evan Fournier set the all-time franchise record for three pointers made in a season, passing John Starks’ record that was set during the 1994-95 season.

Despite this historic feat, there are still fans out there who’d like to see Fournier shipped out of town or replaced with a smaller contract. At the time of his signing, it was thought the Knicks overpayed by offering a 4-year, $78 million deal, but that seems to be the market for a player of Fournier’s caliber.

While his signing didn’t result in another trip to the playoffs, he’s shown he can be a steady force on a contending team. For anybody out there doubting his skills, Fournier has a message.

You can think whatever you want about my game, but respect my craft. I work hard for my shit.

Seemingly out of nowhere on Twitter, Fournier sent out a message to anybody who criticizes his game.

“You can think whatever you want about my game, but respect my craft,” he said. “I work hard for my sh*t.”

Any team Fournier has been on has benefited from his shooting, so if the Knicks were to make him available in a trade this offseason, there’s a good chance the phone would be ringing for him.

Teams like the Lakers could greatly benefit from acquiring him, and his name has been floated several times in a potential Russell Westbrook swap. At the moment there’s really no telling what the Lakers plan to do with the former MVP, so that might just be wishful thinking from fans right now.

If the Knicks want to pull off a blockbuster deal, there’s a very good chance Fournier’s contract would have to be thrown in to match any potential salaries.

What’s Next for the Knicks?

GettyRJ Barrett is only getting better.

If you ask Fournier, he would say he wants to see this Knicks core come back and compete again next year.

“I think it’s that we didn’t find ourselves as a team,” Fournier said via the New York Post. “We never really found a rhythm and something we could go to every night to …read more

Number of child asylum seekers in EU soared in 2021, with many from Afghanistan