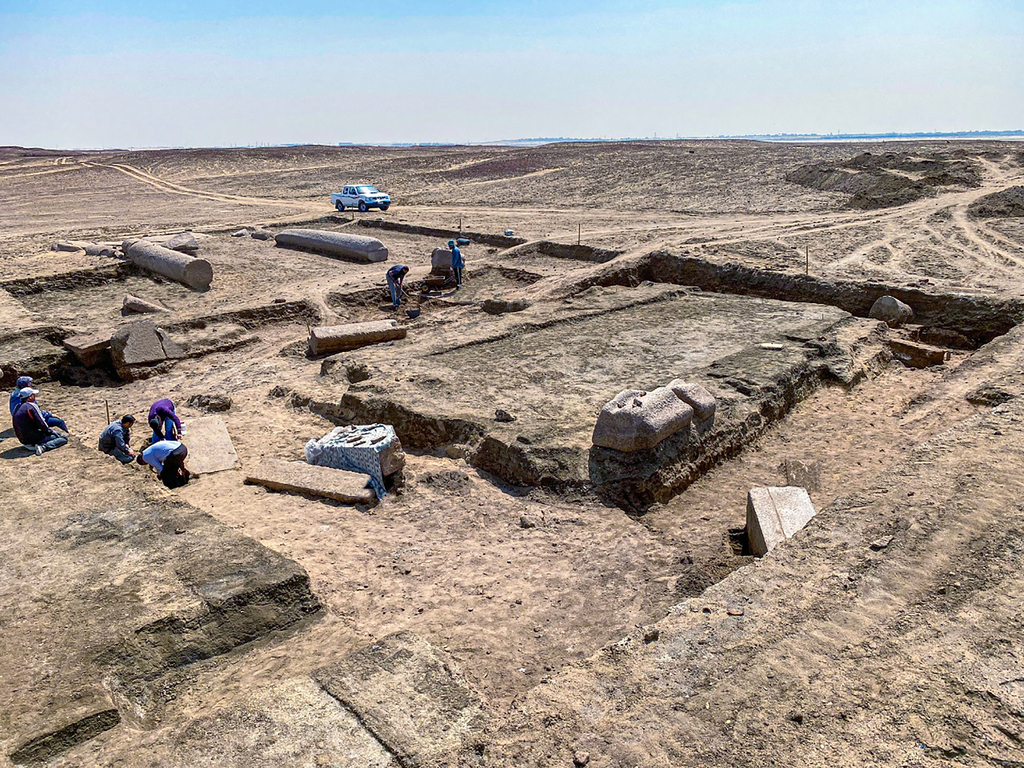 CAIRO — Egyptian archaeologists unearthed the ruins of a temple for the ancient Greek god Zeus in the Sinai Peninsula, antiquities authorities said Monday.

The Tourism and Antiquities Ministry said in a statement the temple ruins were found in the Tell el-Farma archaeological site in northwestern Sinai.

Tell el-Farma, also known by its ancient name Pelusium, dates back to the late Pharaonic period and was also used during Greco-Roman and Byzantine times. There are also remains dating to the Christian and early Islamic periods.

Mostafa Waziri, secretary-general of Egypt’s Supreme Council of Antiquities, said archaeologists excavated the temple ruins through its entrance gate, where two huge fallen granite columns were visible. The gate was destroyed in a powerful earthquake in ancient times, he said.

Waziri said the ruins were found between the Pelusium Fort and a memorial church at the site. Archaeologists found a set of granite blocks probably used to build a staircase for worshipers to reach the temple.

Excavations at the area date back to early 1900 when French Egyptologist Jean Clédat found ancient Greek inscriptions that showed the existence of the Zeus-Kasios temple but he didn’t unearth it, according to the ministry.

Zeus-Kasios is a conflation of Zeus, the God of the sky in ancient Greek mythology, and Mount Kasios in Syria, where Zeus once worshipped.

He said experts will study the unearthed blocks and do a photogrammetry survey to help determine the architectural design of the temple.

Baseball’s Bay Area-bred heroes: Players who got their start here have left a huge imprint on the game

Ruins of ancient temple to Zeus unearthed in Egypt