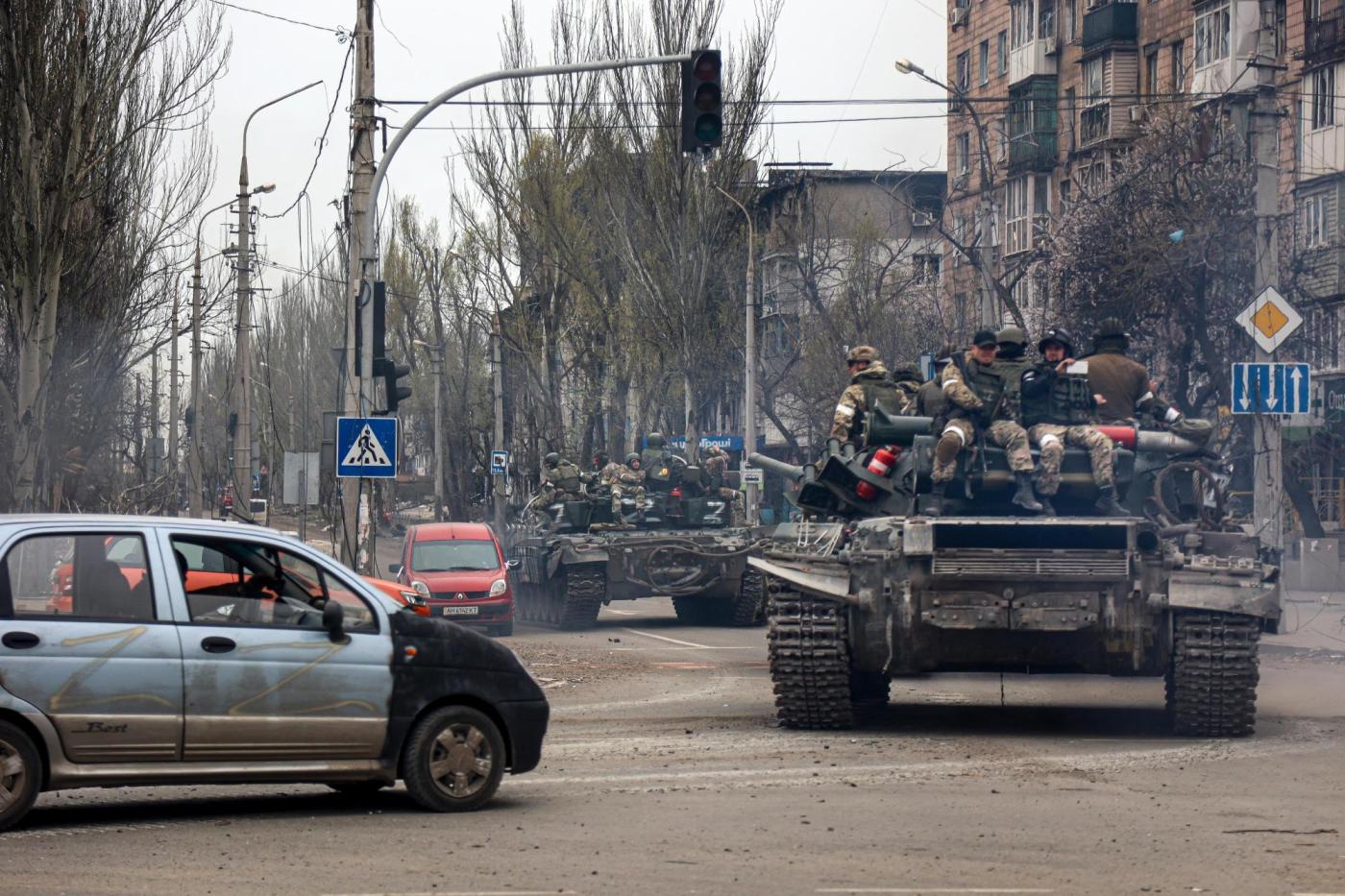 KYIV, Ukraine (AP) — Russia unleashed a string of attacks Monday against rail and fuel installations deep inside Ukraine, far from the front lines of Moscow’s new eastern offensive, in a bid to thwart Ukrainian efforts to marshal supplies for the fight.

The U.S., meanwhile, moved to rush more weaponry to Ukraine and said the assistance from the Western allies is making a difference in the 2-month-old war.

“Russia is failing. Ukraine is succeeding,” U.S. Secretary of State Antony Blinken declared, a day after he and the U.S. secretary of defense made a bold visit to Kyiv to meet with President Volodymyr Zelenskyy.

Blinken said Washington approved a $165 million sale of ammunition — non-U.S. ammo, mainly if not entirely for Ukraine’s Soviet-era weapons — and will also provide more than $300 million in financing to buy more supplies.

U.S. Defense Secretary Lloyd Austin took his comments further, saying that while the U.S. wants to see Ukraine remain a sovereign, democratic country, it also wants “to see Russia weakened to the point where it can’t do things like invade Ukraine.”

Russian President Vladimir Putin accused the U.S. and its allies of trying to “split Russian society and to destroy Russia from within.”

In other developments, fires were reported at two oil facilities in western Russia, not far from the Ukrainian border. Their cause was not immediately known.

When Russia invaded Ukraine on Feb. 24, its apparent goal was the lightning capture of Kyiv, the capital. But the Ukrainians, with the help of Western weapons, thwarted the push and forced Putin’s troops to retreat.

Moscow now says its goal is to take the Donbas, the mostly Russian-speaking industrial region in eastern Ukraine. While both sides say the campaign in the east is underway, Russia has yet to mount an all-out ground offensive and has not achieved any major breakthroughs.

On Monday, Russia focused its firepower elsewhere, with missiles and warplanes striking far behind the front lines.

Five railroad stations in central and western Ukraine were hit, and one worker was killed, said Oleksandr Kamyshin, head of Ukraine’s state railway. The bombardment included a missile attack near Lviv, the western city close to the Polish border that has been swelled by Ukrainians fleeing the fighting elsewhere around the country.

Ukrainian authorities said that at least five people were killed by Russian strikes in the central Vynnytsia region.