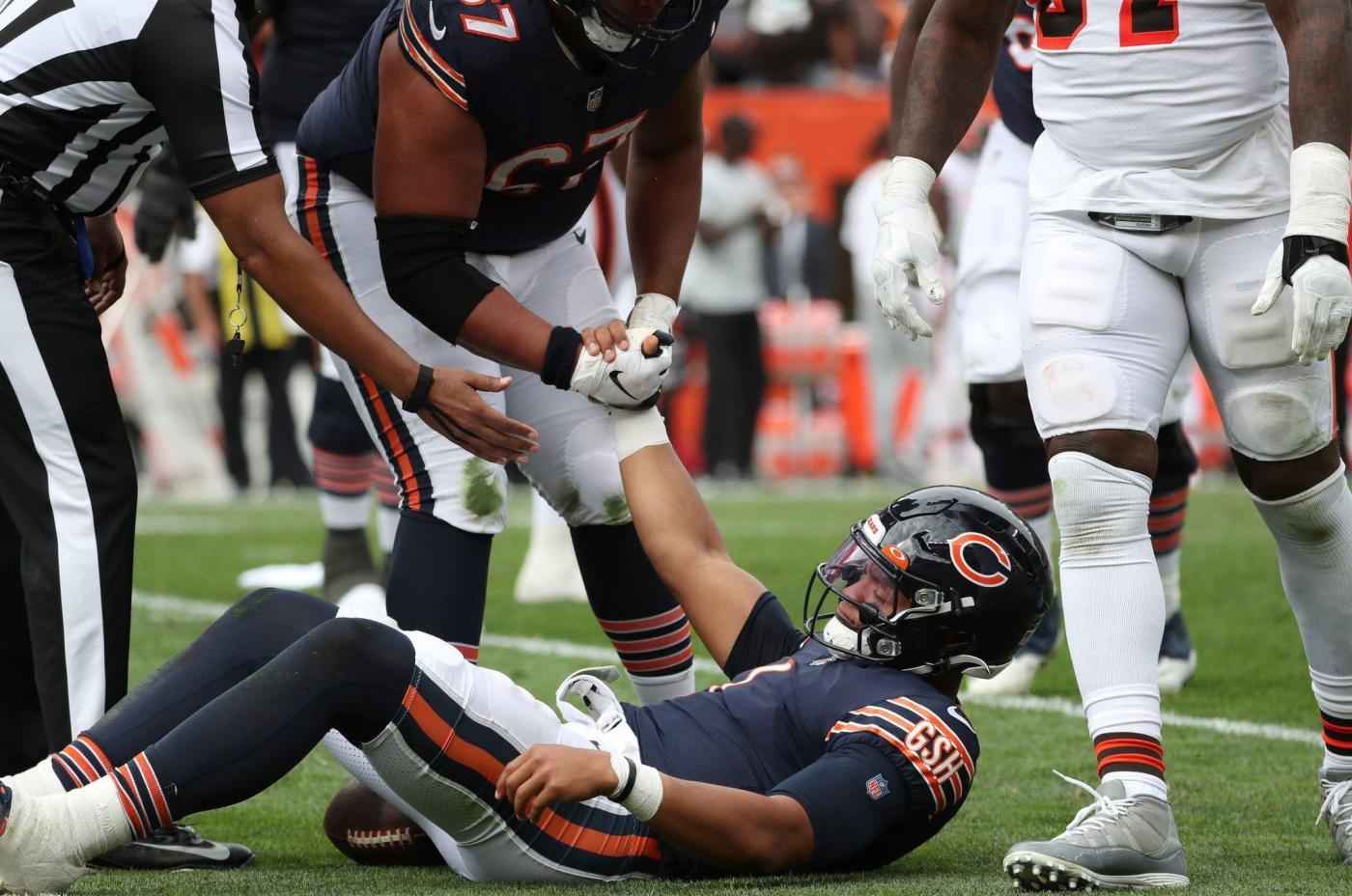 The NFL draft begins Thursday night and, boy, do the Chicago Bears have a rebuilding job ahead of them. But without any first-round picks and only six selections to work with, new general manager Ryan Poles will have his work cut out for him.

As the draft draws near, our team of Bears writers weighs in on four timely topics.

The Bears need volume. They’ve got needs across the board on both sides of the ball, so bundling multiple picks to move into the first round worth much of a discussion. They’re much better off using both of their second-round picks or even sliding down a little and adding more selections. Of course, that would require finding the right trade partner.

We don’t know Poles’ draft tendencies yet, so a trade up is certainly possible. But listening to some of his comments over the last couple of months, it would seem a trade back down could be more likely. Poles only has six picks to work with this year, one of which he acquired from the Los Angeles Chargers in the Khalil Mack trade.

When asked how his assessment of what he could get on Day 2 of the draft played into the Mack trade, Poles said, “It puts us in range of really good players. And at the same time, that also allows us to maneuver a little bit. Because we don’t have a ton of picks, so if there is a way to create more, we’ll be open to that.”

Poles’ cautious approach in free agency has left him with many holes to fill. It also indicated he has a meter for when and when not to be aggressive, and perhaps that will extend to the draft.

As it stands, the Bears have only 63 players presently under contract and are working to build their roster up to 90 in the coming weeks. They have needs across all three phases and at just about every position, and enter draft week with only six picks — two second-rounders, a third, a fourth and two in the fifth. It’s far more likely Poles will trade down in either Round 2 or Round 3, adding picks to his collection, than it is that he …read more

Should GM Ryan Poles trade up? Which WR can the Chicago Bears select? 4 questions heading into the NFL draft.

Miss Manners: I said yes to being maid of honor before I heard the bride’s odd plan

Rep. Madison Cawthorn’s primary challenger Chuck Edwards wants to focus on results for North Carolina — not his opponent’s many scandals