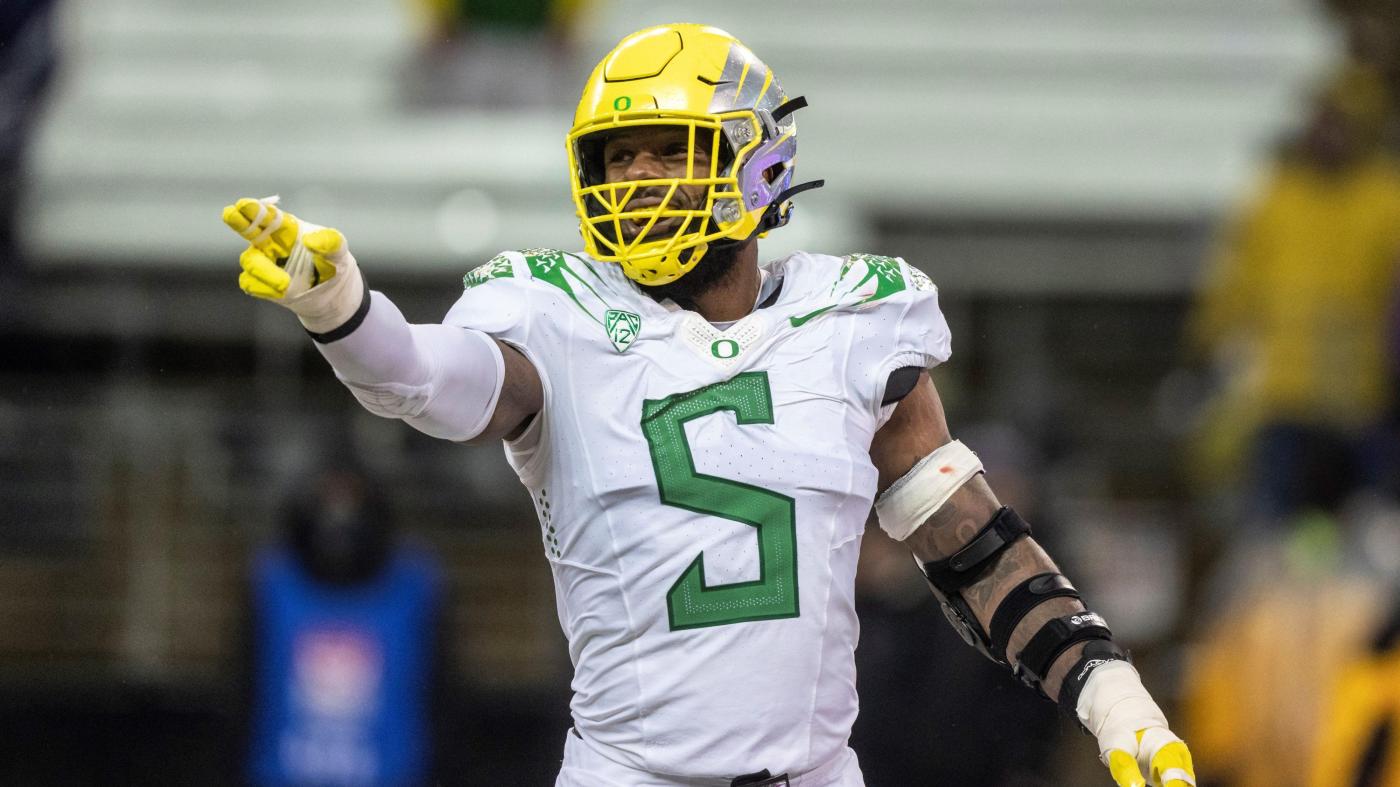 The Jets should not pick up an offensive lineman with the No. 4 pick overall pick. Gang Green, for anyone paying attention, has much bigger needs.

With the NFL Draft fast approaching on April 28, the buzz around 1 Jets Drive has centered on finding a player who could impact the line of scrimmage for the Jets.

N.C. State OT Ikem Ekwonu, Oregon DE Kayvon Thibodeaux and FSU DE Jermaine Johnson — the most popular prospects discussed around the league — could all still be available by the time the Jets are on the clock. Maybe even Cincinnati CB Sauce Gardner, as well.

Ekwonu looks like an ideal prospect who has the potential to become a formidable offensive player in the NFL.

But the Jets must use their top pick in this year’s draft on defense. In a league that revolves around passing and stopping the pass, the Jets gave up 4,682 yards, 28 touchdowns and a passer rating of 103 to opposing passers, per Next Gen Stats, and ranked near the bottom of the league in sacks and QB pressures. When a unit makes the average QB it faces look like Dak Prescott, it is in desperate need of help.

The Jets are in a great spot to add talent at a premium position with their top pick.

The best version of a Robert Saleh defense was the 2019 49ers. Then a defensive coordinator, Saleh had a devastating defensive line that included Nick Bosa, DeForest Buckner, Arik Armstead and Dee Ford.

Saleh’s defense needs a strong defensive line. Adding Johnson or Thibodeaux to a line that already includes Quinnen Williams, John Franklin-Myers, Sheldon Rankins and Carl Lawson could do wonders next season. There’s a strong argument for Sauce too.

Any of those players would be far more valuable to this Jets team than a lineman in the top five.

The Jets have the fourth-most expensive offensive line in the NFL at $50,752,741; the league average is $35.7 million. And the Jets used two-first rounders in the last two years on the position.

Setting aside the costs already spent, the unit is in good shape anyway.

George Fant, who stepped in at left tackle after Mekhi Becton injured his knee, played extremely well, ranking fourth among tackles in fewest pressures allowed (18), according to PFF. And …read more

The Jets absolutely must use their top pick on defense