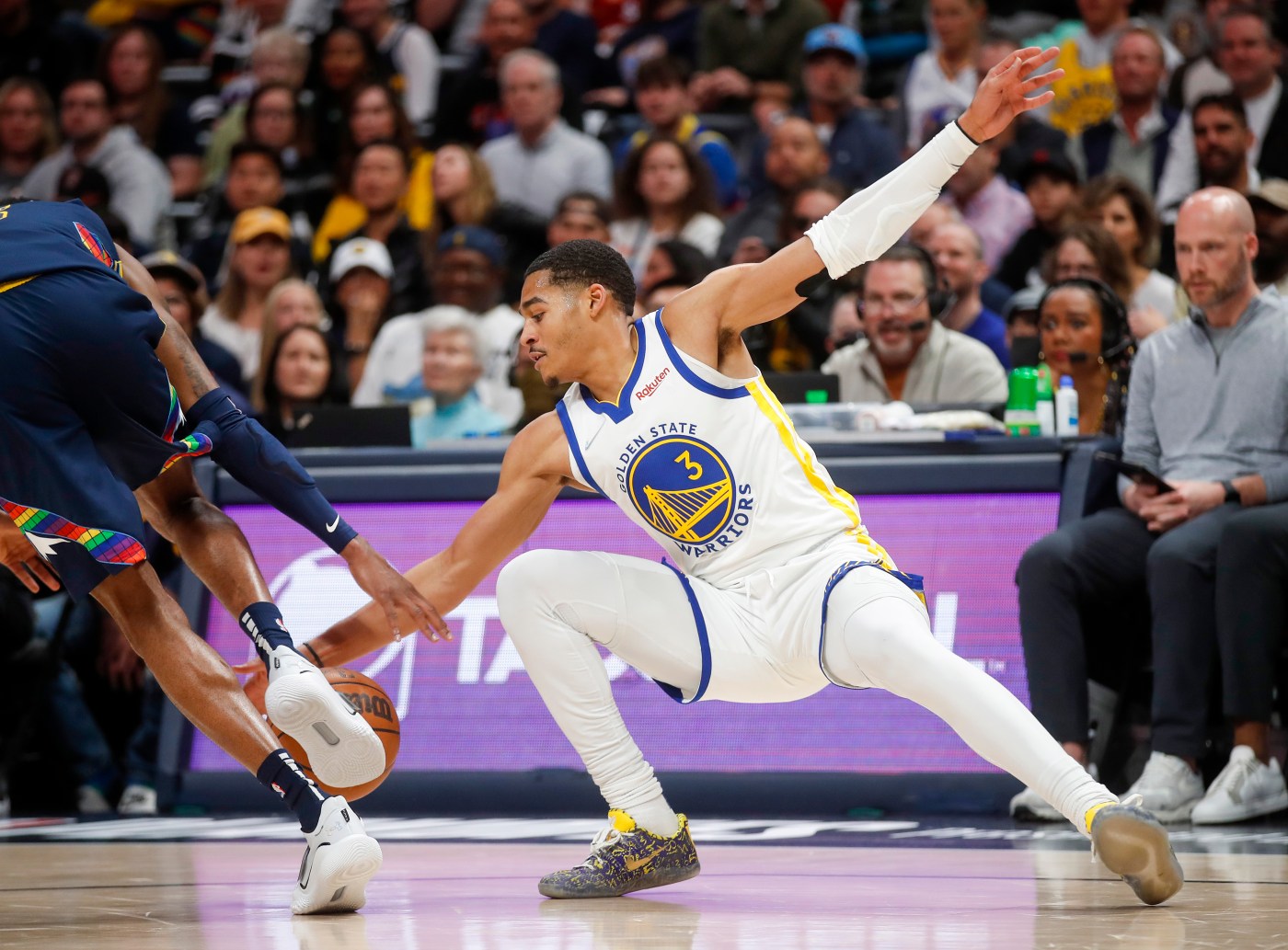 A series sweep felt more than possible, but the Warriors’ Game 4 loss to Denver on Sunday served as a reminder that no playoff win comes easy.

Up a healthy 3-0 with their potential second-round opponent (Memphis or Minnesota) playing at least six games, a sweep would have ensured the Warriors a week-long break between action. Coach Steve Kerr sensed his team’s greed, saying they were “too anxious to win the series.”

All that angst resulted in a 126-121 loss that saw plenty of fouls and mistakes and a Golden State comeback that fell short.

“We wanted to get greedy and win two (in Denver), we didn’t do that,” Draymond Green said. “They got one game. They’re a good team with the MVP on their team. They aren’t gonna just lay down.”

Here’s a look at what went wrong.

Draymond Green has made life difficult for reigning MVP Nikola Jokic so far this series, holding him to 13-for-36 shooting (36%) through the first three games, according to ESPN.

But Green admitted after Game 3 that he struggled to keep Jokic out of the paint. And while he was able to force Jokic to score over him in the first two games, Jokic adjusted. In Game 4, Jokic used his physicality to his advantage against Green and got him in just enough foul trouble to have him disqualified from the game during crunch time. Jokic finished with a game-high 37 points.

Green and Jokic are engaged in an epic chess match, but game-by-game wins in their battle isn’t the issue.

The problem is that the Warriors’ best offensive lineup is not their best defensive lineup. Something they’ll have to fight throughout these playoffs.

“Our man defense was pretty sh—- tonight and that falls on me,” Green said. “I have to be better. I can’t foul out of the game. I can’t start off the game fouling. We had a great trap. I get a foul. I feel like it set the tone and we were fouling the rest of the game.”

While Green’s defense anchors the three-guard lineup, Steph Curry, Klay Thompson and Jordan Poole are not ideal defenders on the perimeter.

Thompson was one of the best two-way players before his injury, but he’s lost a half-step on defense since his return off two major injuries (understandably).

Three reasons why the Warriors lost Game 4 to Denver