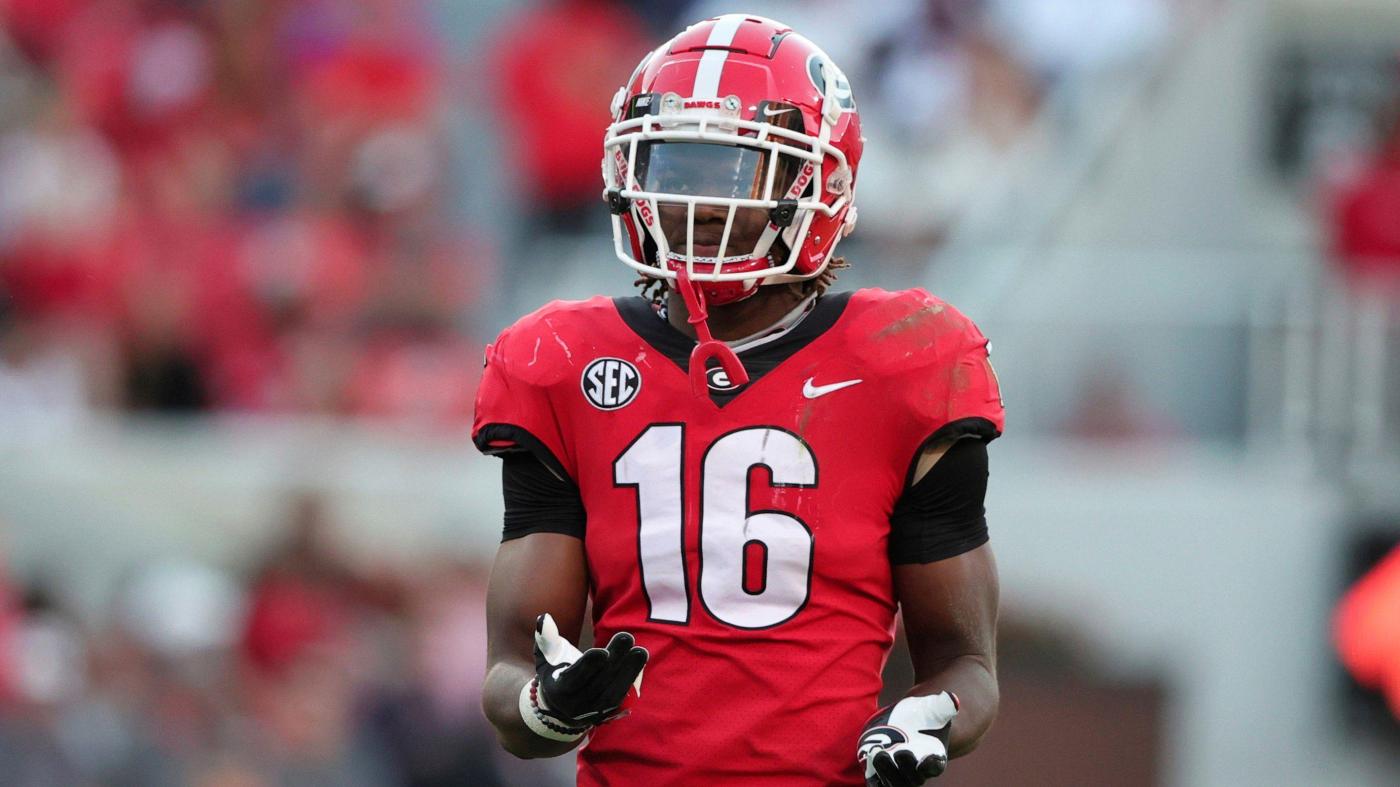 The NFL Draft is nearly upon us. With the Jets and Giants combining for four picks in the top 10, here’s my shot — informed by conversations with sources and scouts, with a healthy dose of guesses — at predicting the first 32 picks.

Walker’s rise to the top is solely because of physical traits. Walker didn’t have much pass rushing production, but if he can tap into his freakish gifts, he’ll be a star and that’s why he’s going No. 1.

Hutchinson is viewed by most as the best defensive end in the draft. The Lions finished with 29 sacks, second fewest in the NFL. Hutchinson should drastically improve that.

Ekwonu is viewed as the best tackle in his draft and would improve the pass protection for Davis Mills.

Kayvon Thibodeaux is the more hyped player and the fan favorite, but there’s momentum for Johnson over Thibodeaux. And in some circles, Johnson is viewed as the better player.

Thibodeaux is still an explosive athlete and should be a good pro for the Giants. He’ll provide a dynamic punch to the Giants pass rush.

This is considered a weak QB class but Willis has the most upside because of his strong arm and outstanding running ability. In today’s NFL you need QBs who have elite traits, and Willis has that.

Gardner is the cleanest cornerback prospect in this class. He reminds folks of a prime Richard Sherman because of his length, height, speed and ball skills.

With Calvin Ridley being suspended for the entire season due to gambling, the Falcons have a void at receiver. Wilson’s play style is comparable to Ridley and would be a good fit for their West Coast offense.

The Seahawks are in full rebuild after trading their franchise star QB in Russell Wilson. In all honesty, the Seahawks can go in any direction outside of wide receiver and that would fill a need. Stingley is viewed in some circles as the best corner in the draft.

London provides a new aspect to the offense that …read more

Elon Musk has a deal to buy Twitter for $44 billion. Here’s how the billionaire went from getting bullied as a child to becoming one of the most successful and controversial men in tech.