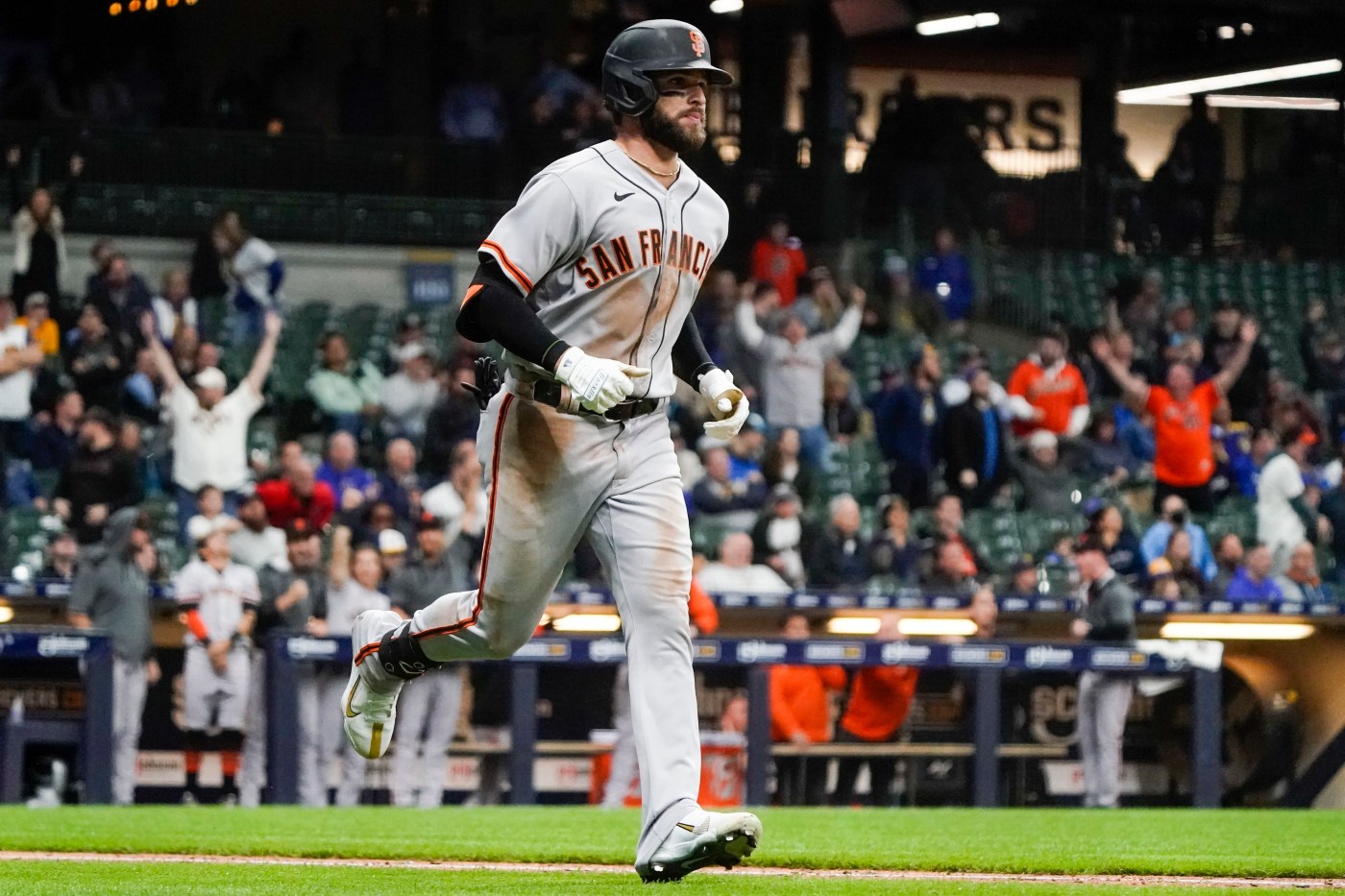 Reigning Cy Young Award winner Corbin Burnes was so dominant that the Brewers right-hander had the Giants on the ropes from the first pitch of Monday’s game in Milwaukee.

But when Burnes tired, it was rookie center fielder Luis González who sent him packing. González provided the first key punch against the Brewers, Joc Pederson chimed in with the crippling blow and González returned for the knockout against Milwaukee.

Even against one of the best pitchers in the majors, eight Giants bullpen arms and two late home runs provided enough for San Francisco to cap off an 11-game road trip with a 4-2 come-from-behind win.

If there was any doubt as to whether actions speak louder than words, look no further than Pederson’s towering home run on Monday.

With the Giants trailing 1-0 in the eighth inning, Pederson called timeout, stepped out of the left-handed batter’s box and acknowledged a fan heckling him from the lower box seats. Then he deposited a go-ahead, two-run blast over the right center field wall to move him into a tie with Atlanta’s Ozzie Albies for the major league lead with six homers on the season.

As Pederson dropped his bat to the ground, he turned to face the heckler again before jogging around the bases following a swing that nearly gave the Giants enough offense to emerge with a win on a night when Gabe Kapler used eight bullpen arms to counter Burnes.

The mammoth blast sent a jolt of electricity through the Giants’ dugout, but the Brewers struck back immediately against lefty Jake McGee in the bottom of the eighth inning as shortstop Willy Adames launched a game-tying homer over the left center field wall.

In the top of the ninth, González battled Brewers reliever Jake Cousins and sent a towering flyball down the right field line and managed to keep it inside the foul pole for a go-ahead two-run homer, the first of his brief major league career.

Milwaukee scored its first run in the second inning against right-hander Dominic Leone, who hurt his own cause by committing a throwing error on an unnecessary pick-off attempt to second base. With Brewers first baseman Keston Hiura leading off second and one out in the inning, Leone fired an errant throw past shortstop Brandon Crawford, who wasn’t close to the base when the reliever skipped a ball into center field.

As testing plunges, tracking COVID gets much more difficult

NBA rulebook: What’s the difference between Flagrant 1 and Flagrant 2?