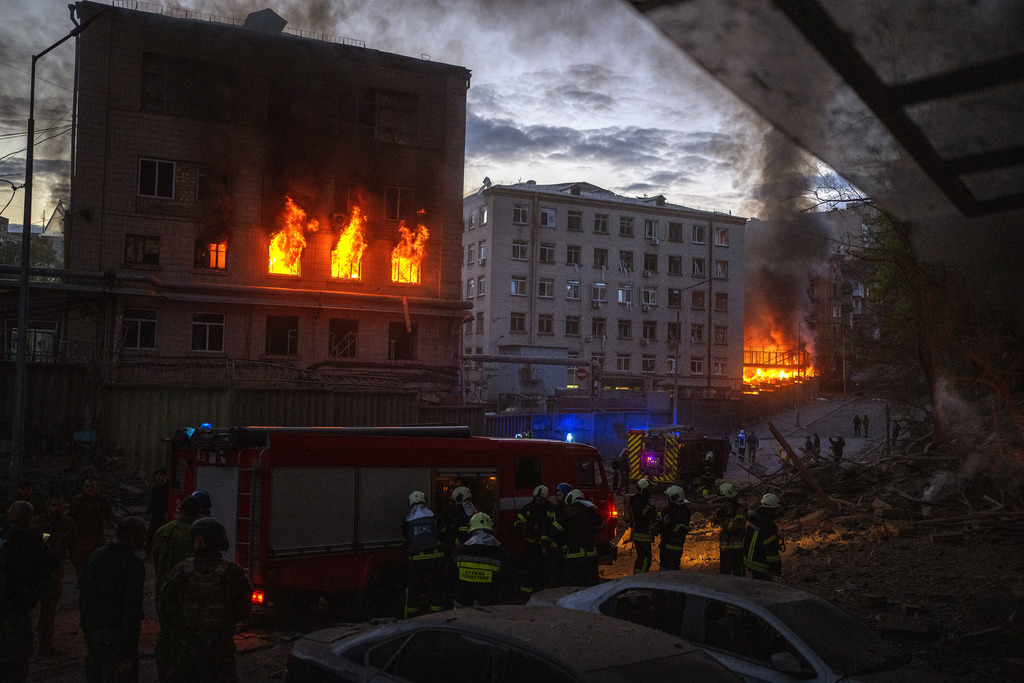 UNITED NATIONS — For the first time, key players seeking accountability for atrocities during the Ukraine war have come together at an informal meeting of the U.N. Security Council to spur investigations into abuses that many Western countries blame on Russia.

The session Wednesday included the International Criminal Court’s chief prosecutor, the chair of the U.N. Commission of Inquiry, Ukraine’s top prosecutor and human rights lawyer Amal Clooney.
Ukrainian Prosecutor General Iryna Venediktova, who has opened over 8,000 investigations into alleged violations of the laws and customs of war, said that “Russia’s actions amount to crimes against humanity and war crimes” and the pattern “resembles the crime of genocide.”

Albanian Foreign Minister Olta Xhacka, who co-sponsored and chaired the meeting, said that as a veto-holding member of the Security Council, Russia is supposed to be a guardian of international peace but has “embarked on a war of choice against a neighbor committing immeasurable crimes in the process.”

France’s deputy U.N. ambassador, Nathalie Broadhurst, the other co-sponsor, said the images of atrocities in the Kyiv suburb of Bucha and other areas after Russian forces withdrew “are unbearable” and may amount to war crimes.

The legal chief at Russia’s U.N. Mission, Sergey Leonidchenko, dismissed their statements, saying: “What we heard today was another portion of unsubstantiated claims and even fakes seasoned with lies, hypocrisy and pompous rhetoric.”

Russia has denied responsibility for any atrocities and repeatedly blamed Ukrainian nationalists and “neo-Nazis.”

Leonidchenko said Ukrainians responsible for all these “heinous crimes will be brought to justice.” He said Russia is collecting witness statements and evidence across Ukraine, including in the besieged city of Mariupol. He said Russia plans to hold an informal council meeting May 6 to present what he claimed will be “facts not fakes.”

Other council members — Mexico, Gabon, Ghana, Brazil, India, Kenya and the United Arab Emirates — didn’t seek to lay any blame. They said investigations need to establish the facts behind the killings and attacks.

China, which is close to Russia, said the cause of civilian deaths should be established and verified. “Any …read more