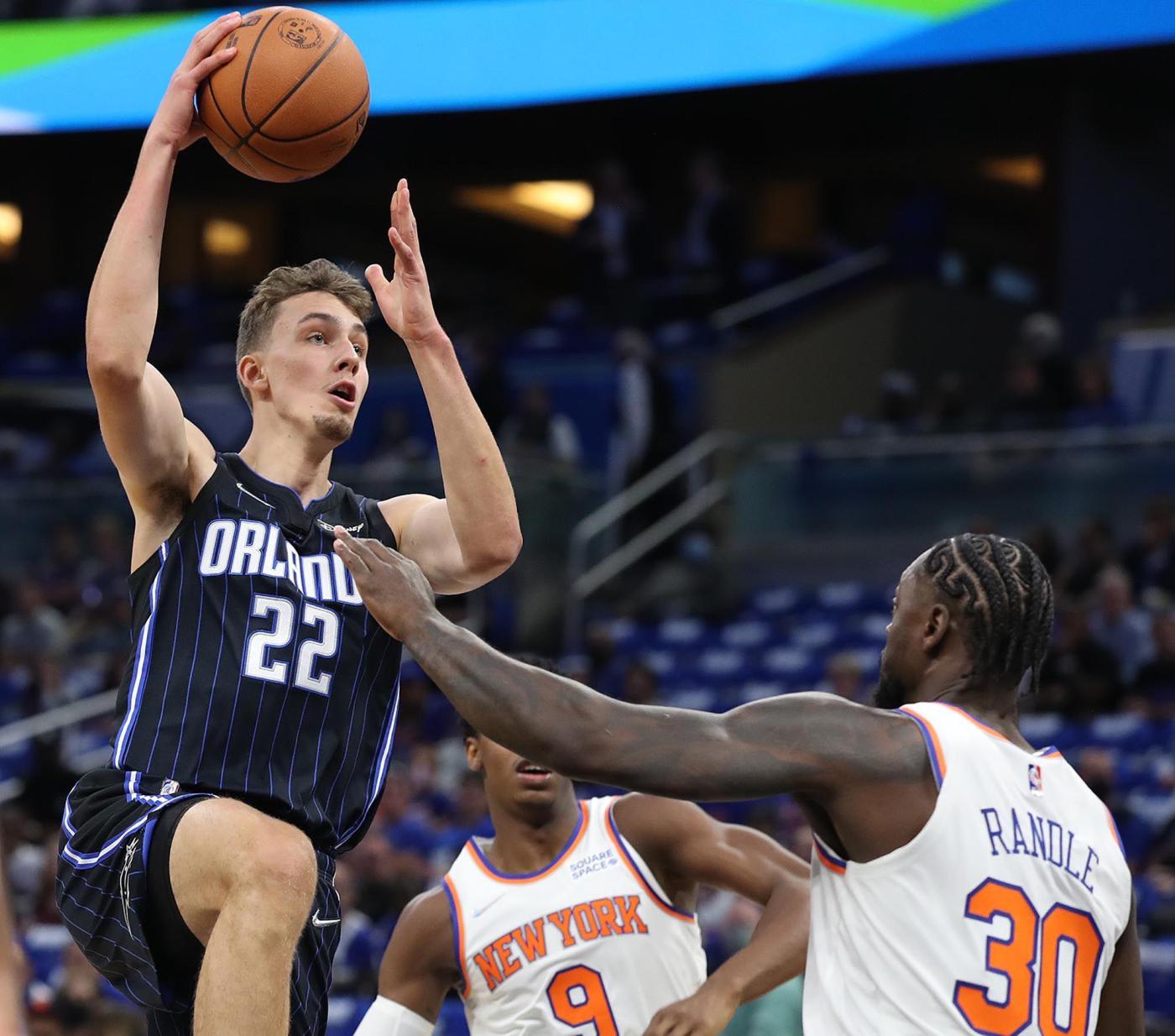 Franz Wagner didn’t know what to expect from his rookie season with the Orlando Magic.

Wagner, the No. 8 pick in last year’s draft, was one of the Magic’s two lottery picks along with Jalen Suggs, the No. 5 pick.

They joined Orlando just four months after the team kicked off a rebuild in March 2021 when it traded multiple franchise mainstays. Wagner was going to get a chance to develop.

“I didn’t know how stuff was going to work out,” he said. “I was very pleased with how good I felt when I played in terms of my body and how I was able to play so many games. That’s something that’s not that easy to do.”

Wagner exceeded expectations by playing at an elite level for a rookie most of the season.

His consistency and versatility helped him stand out in a stellar class. He finished fourth (two third-place votes) in the voting for Rookie of the Year that was awarded to Toronto Raptors forward Scottie Barnes and is expected to be named to an All-Rookie team.

Wagner shot at least 47% from the floor every month except for November (40%). Regardless of his offensive role, he thrived as a cutter (1.1 points per cut) and was reliable as a spot-up shooter.

But when asked to do more, Wagner stepped up.

When the Magic were dealing with multiple injuries and COVID-19-related absences in December, Wagner averaged 19.5 points (47.6% shooting, 40.4% on 3-pointers), 5.1 rebounds and 3.1 assists en route to being the Eastern Conference Rookie of the Month.

He showed he could more than handle an uptick in reps as a pick-and-roll ball handler and in isolation. Wagner’s drives created scoring opportunities not just for himself but his teammates, too.

“There’s some stuff you can’t control and opportunity is one of those things,” Wagner said. “That made my development a little quicker — being able to try some stuff, make some mistakes, learn on the fly and be in situations …read more