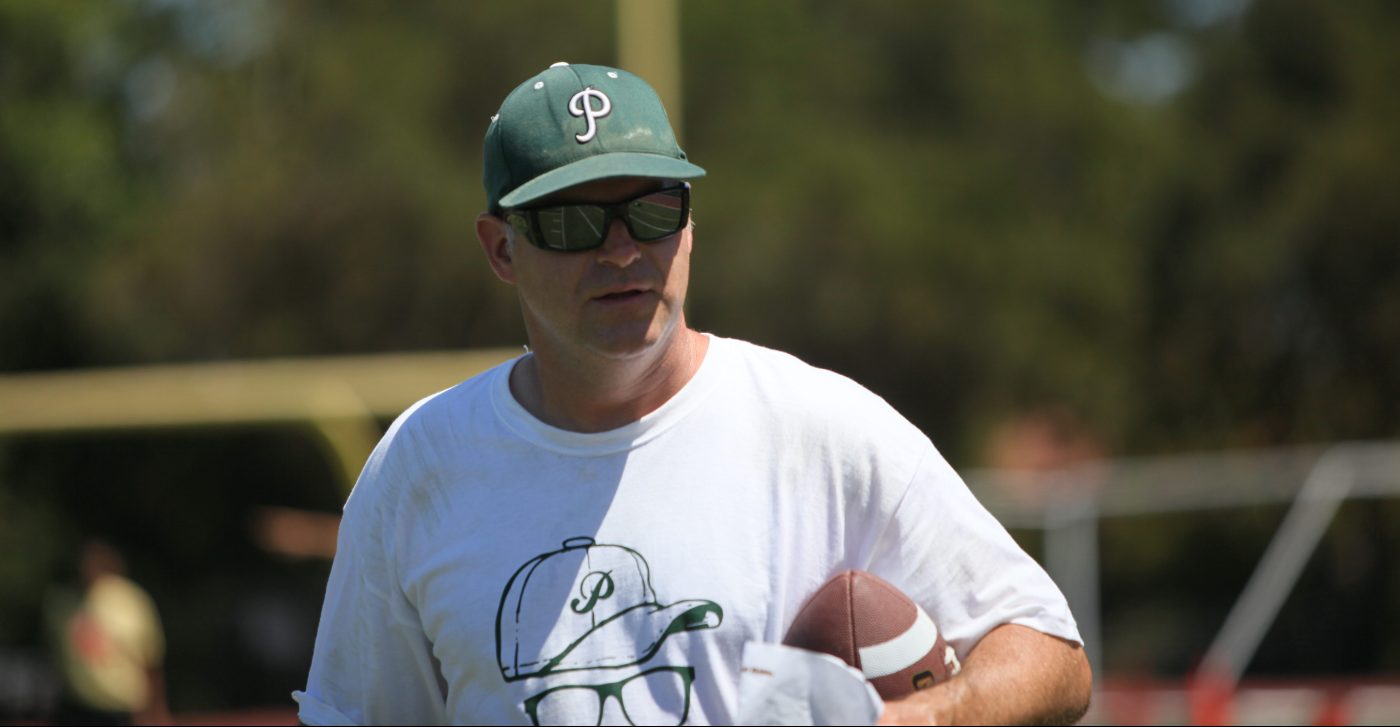 Dave DeGeronimo has had two previous stints coaching football at Palo Alto, both as an assistant coach under the school’s longtime coach, Earl Hansen.

The Vikings won some big games in those years, including a state championship in 2010.

Palo Alto announced on Thursday that DeGeronimo is returning for a third stint, this time as the head coach. He will replace Nelson Gifford, who stepped down this spring.

DeGeronimo spent the past three seasons as the head coach at Los Altos, where his program went 14-13 overall and 10-7 in league play.

He broke the news to his former players Wednesday.

“I talked to my team and sent an email out to the school community, then talked to the administration and the athletic director,” DeGeronimo said. “I wanted to close that chapter but at the same time putting the bio together at Palo Alto and making the announcement today.”

DeGeronimo, 54, has coached under some experienced and accomplished coaches through the years — Hansen, Pete Lavorato and Mark Grieb at Sacred Heart Prep and Steve Sell at Aragon.

He learned plenty from all four.

Hansen, specifically, taught DeGeronimo how to run a program and the foundation of the West Coast offense.

“My practice plan is very similar,” DeGeronimo said. “The West Coast offense is kind of the jump-off point for me. It’s evolved over the years. But I learned a ton from Earl.

“I surrounded myself with great head coaches that are great mentors and it’s worked out really well for me in terms of taking pieces of everything that I’ve learned from these guys and putting it into what I want to do at Palo Alto.”

DeGeronimo also gained valuable experience as the head coach at Los Altos, from building a staff to working with the administration.

He said he’ll always appreciate that.

“When I went into Los Altos, it was really a cultural shift that needed to happen,” DeGeronimo said. “I feel good about where I left it. I think it’s in a good spot for the next guy to come in.”

The best no-annual-fee credit cards of May 2022