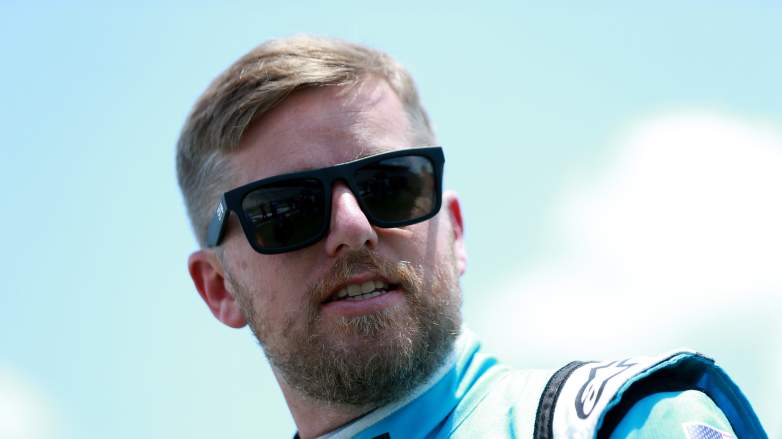 The No. 7 Chevrolet Camaro will once again work with a key primary partner during the 2022 Xfinity Series season. JR Motorsports has reunited with hellowater as part of a two-race deal. This reunion continues a partnership that began in 2021.

JRM announced the news on April 28 with a press release while also providing the first look at Justin Allgaier’s stock car. The No. 7 Chevrolet will feature a bright scheme with hellowater and BRANDT logos over yellow, purple, green, red, and blue colors. Allgaier will showcase this scheme during the May 21 race at Texas Motor Speedway and the August 26 race at Daytona International Speedway.

“Hellowater is beyond thrilled to be returning to the track for two races with JR Motorsports and BRANDT in 2022,” said Rusty Jones, co-founder and Chief Strategy Officer at hellowater. “Hydrating the No. 7 team and working with Justin Allgaier last year was a proud moment for our emerging brand and we hope to be celebrating with Justin and the team in Victory Lane at Texas and Daytona.”

Allgaier Debuted Hellowater With 2 Races in 2021

The Chicago-based hellowater made its debut on the No. 7 later in the 2021 season. Allgaier first partnered with the company at Atlanta Motor Speedway on July 10, and he finished seventh overall.

Allgaier reunited with hellowater two weeks later at a road course. He brought back the water scheme at Watkins Glen International, where he started the race from the pole position. Allgaier finished fourth overall while maintaining his spot at fourth in the championship standings.

“It’s great to have hellowater back on board our No. 7 Chevrolet for Texas and Daytona,” Allgaier said in the press release. “I’ve really enjoyed getting to work with Rusty (Jones) and everyone at the hellowater brand and it’s great to see this partnership continue. I can’t wait to get their colors back on the track and see what we can do.”