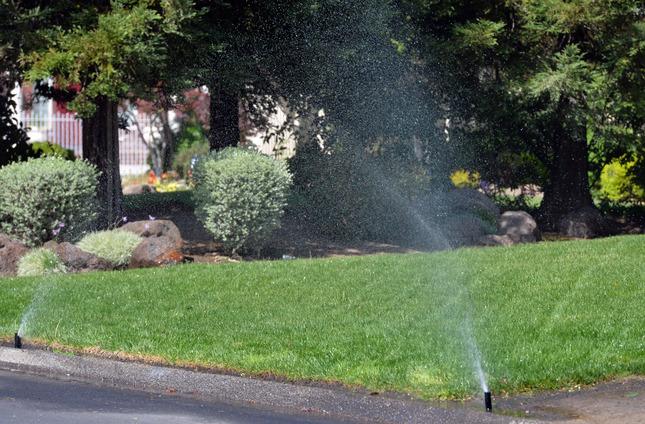 If you’re wanting to remove your lawn to save water, don’t.

All the people who kept their lawns and wasted water for nine years can achieve 15%. We can’t without harming our garden, and we’ll probably be penalized if we don’t reduce.

If they want people to make changes to reduce their future usage, they should find a way to not penalize them in the future. Measure us against our usage before we made changes, not current usage.

I was amazed to see the Contra Costa auditor-controller, Robert Campbell, endorse our Humboldt County auditor-controller, Karen Paz Dominguez. Why? Because our auditor-controller has been censured by our Board of Supervisors after they previously gave her a vote of no confidence. She has also received a similar vote from another county board. Many county department heads, elected and appointed, also sent the board a letter stating their lack of confidence in her abilities. Perhaps being late with paychecks is an indicator of things being amiss.

It is not just a local problem as the state auditor threatened her with a $5,000 fine if she did not turn in a report that was a year overdue.

Why is what is going on in Humboldt County of concern to Mr. Campbell? Well, if your auditor-controller thinks this work product is worthy of an endorsement maybe someone should think twice about his work.

Thank you for clearing up who we should not vote for Alameda County Board of Education (“Dillie is best for Alameda County education board,” Page A6, April 20). The paper has a history of supporting the growth of charter schools and is consistent in opposing the front lines of public education, teachers and their unions.

The paper has given specious reasons for its endorsement. It stated that the only reason not to support Cook-Kallio was a …read more

The EU is set to propose a Russian oil embargo, but Putin ally Hungary pushes back: ‘It makes no sense’