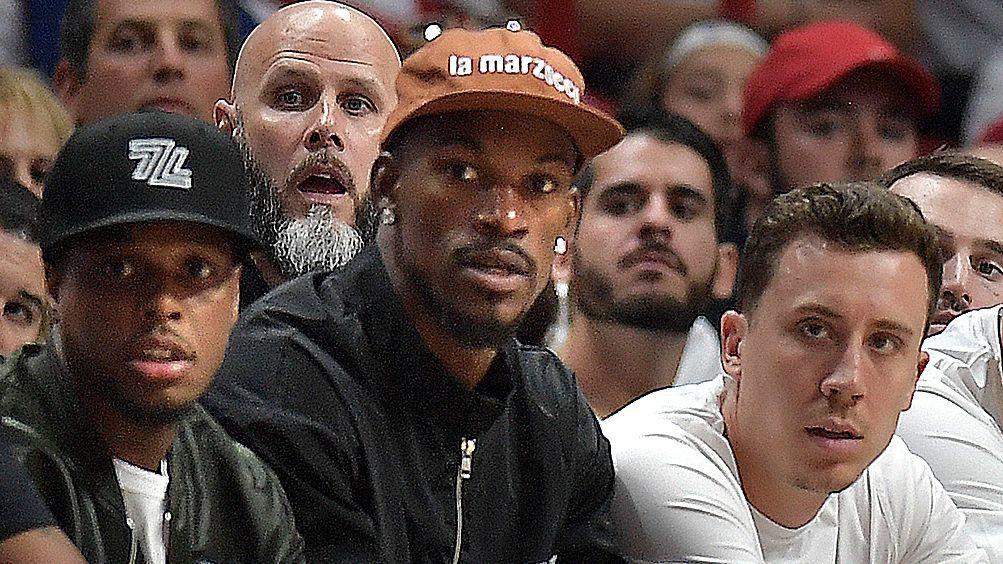 Jimmy Butler and the Miami Heat each were fined $15,000 Thursday for a gesture by the forward and the ensuing posting of the video of the gesture during Tuesday night’s series-clinching playoff victory over the Atlanta Hawks at FTX Arena.

Amid a 17-2 Heat surge that closed the first half of that victory, Butler, who was inactive due to knee soreness, celebrated a 10-0 scoring run by teammate Max Strus with an over-the-top, sexually implicit reaction, drawing laughter from teammates.

“The incident, which took place from the team’s bench area, occurred with 1:43 remaining in the second quarter in the Heat’s 97-94 win over the Atlanta Hawks in Game 5 of their first-round playoff series on April 26 at FTX Arena.”

With that victory, the Heat advanced to the Eastern Conference semifinals, with that series to begin Monday at FTX Arena.

The NBA has been cracking down on profanity and profane language during the playoffs, including for expletives offered during postgame interviews.

Also during that Tuesday victory, forward Markieff Morris, who also did not see action, was called for a technical foul for grabbing Hawks forward De’Andre Hunter from the bench as play continued.