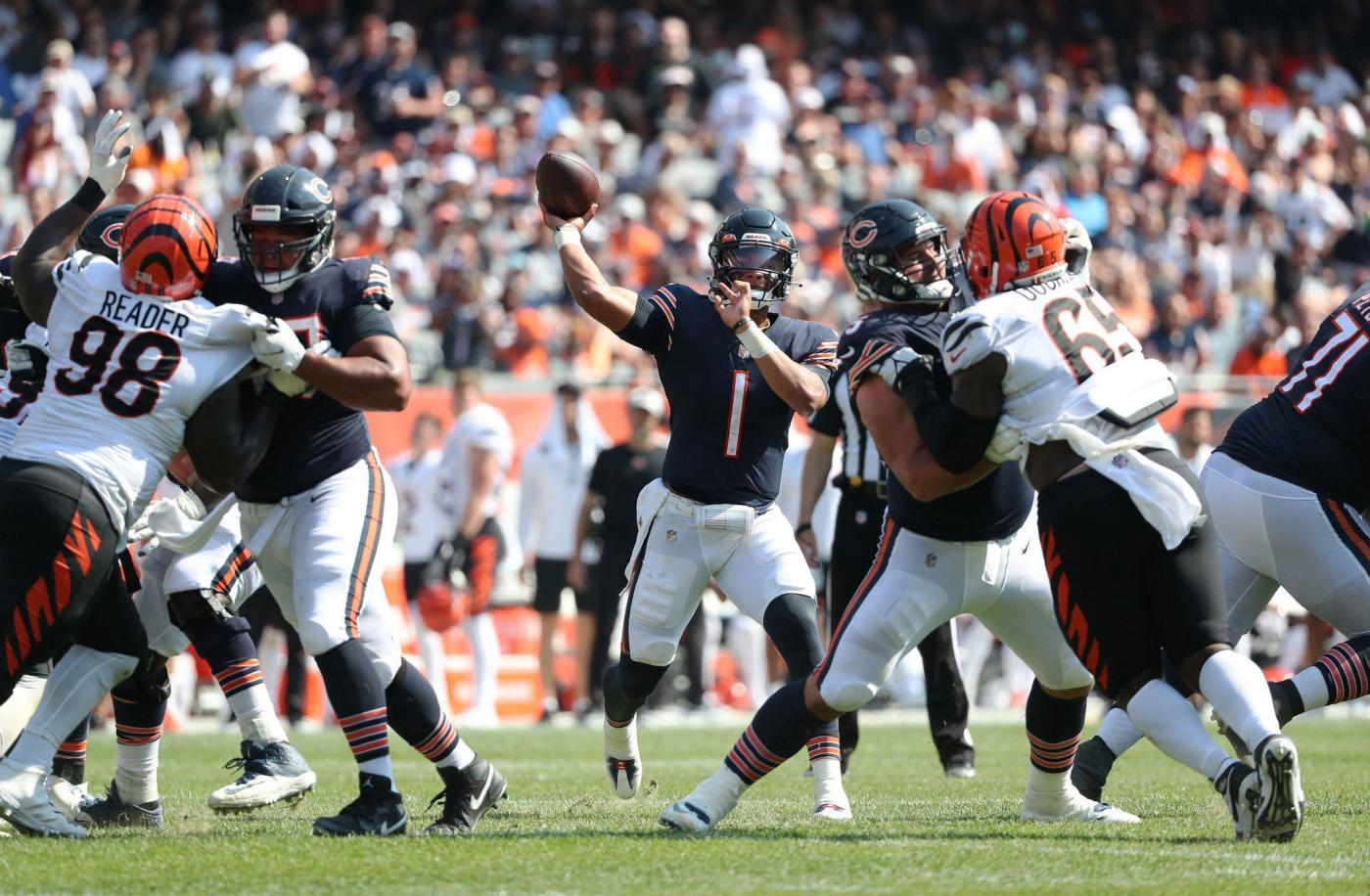 “The hay is in the barn,” Poles said. “When you go into draft day, it’s a little bit more calm than everyone thinks. It’s a little more quiet.”

Poles said he’s satisfied with the way the Bears draft board has come together and how his scouts, coaches and front-office talent evaluators have met to sort through the hundreds of prospects the team will consider selecting. And even in a heightened role as the man responsible for making each selection, Poles didn’t seem to be feeling much pressure.

“The responsibility of making the pick? Yeah, it’s bigger,” he said with a smile. “But at the same time, you rely on the work everyone put in to make the right decision. And that was the cool thing about doing a lot of these mock-up drafts. We feel comfortable with the way this thing is going to play out.”

With the draft set to begin Thursday in Las Vegas, here’s the inside slant on three notable storylines.

As the top 10 of last year’s draft unfolded, Ryan Poles found himself especially intrigued with what the Cincinnati Bengals might do. With hopes of becoming a general manager one day, Poles tried to put himself in the decision maker’s chair of other teams to consider various strategies and sharpen his draft philosophies.

The Bengals had arrived at an interesting fork in the road. They landed their franchise quarterback a year earlier, selecting Joe Burrow with the No. 1 pick, and he flourished with 2,688 passing yards and 13 touchdowns in 10 starts.

But Burrow’s rookie season was cut short when he suffered a torn anterior cruciate ligament in Week 11, a brutal injury that came as he was setting in the pocket to throw deep against the Washington Football Team. In his first NFL season, Burrow was hit 77 times and sacked 32 times in 10 games.

Heading into last spring’s draft, the Bengals had a critical decision to make with the No. 5 pick. One road sign seemed to be directing them toward adding offensive line help to better support Burrow up front with a standout left tackle such as Oregon’s Penei Sewell.

Another, however, pointed toward star wide receiver Ja’Marr Chase, Burrow’s teammate for two seasons at LSU. Adding playmaking ammunition to the …read more

NFL draft storylines for Chicago Bears: Ryan Poles’ biggest dilemma, the hole at wide receiver and the appeal of trading down