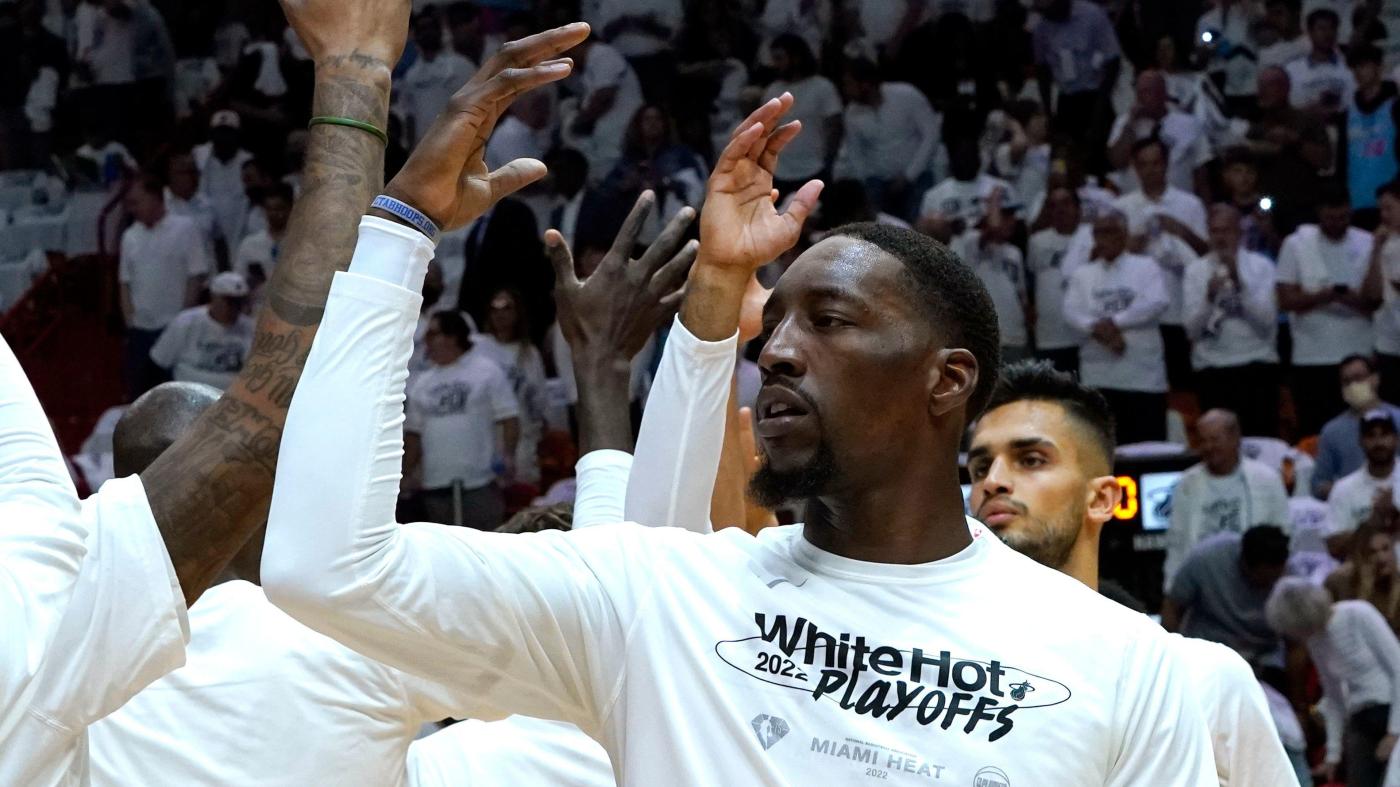 The one thing we have learned late in this NBA season is that Bam Adebayo cleans up nicely. Actually, more to the point, that the Miami Heat centers keep things spotless.

And in this case, the conversation transcends what Adebayo did in anchoring the Heat defense to a 4-1 close out of the Atlanta Hawks in the first round of the playoffs.

Such is the benefit of having Mychal Mulder on the roster, with the guard added late in the season on a two-way contract.

Mulder not only is a promising shooting specialist who likely will get his next Heat exposure during summer league, he also was Adebayo’s suitemate during their lone season as teammates at the University of Kentucky in 2016-17.

And the scouting report is positive.

“He was good. He was good,” Mulder said of his insider’s take of Adebayo’s sanitary habits. “Mama raised him right. So you don’t got to worry about him in that respect, that’s for sure.”

The reunion has been embraced by both, although it is not their first time together in the NBA. Mulder spent 2019 training camp alongside Adebayo in Heat camp before moving on to the Heat’s G League affiliate, the Sioux Falls Skyforce. He then moved on to stints with the Golden State Warriors and Orlando Magic.

But after rejoining the Skyforce this season and then recording several breakout performances, the Heat subbed him out for Kyle Guy on one of their two-way contracts (Javonte Smart holds the other).

It was a welcome reunion for Adebayo.

“Just having a guy I’ve known since I was 18 and knowing what Mike is capable of, and knowing the transition to get here again, he’s my guy,” Adebayo said, as the Heat awaited the winner of the Philadelphia 76ers-Toronto Raptors series to determine their second-round opponent. “So I’m trying to take care of him.”

From Mulder, there are nothing but fond memories of his time at Kentucky with Adebayo.

“It was great,” he said. “Obviously my year with Bam at Kentucky was awesome. We had a great run into the elite eight. There was countless memories we made that year, really achieved a lot, grew as teammates.

“We got a close relationship ever since then. So I’ve been really proud of what he’s been able to do over here, watching his game continue to mature. And I’m looking forward to that continuing to develop and continuing to grow over the next few years.”

While there is …read more

Krugman: Education has less to do with inequality than you think

It’s not just crypto that’s struggling — Netflix, Uber and other companies are warning of hard times ahead and preparing for the worst