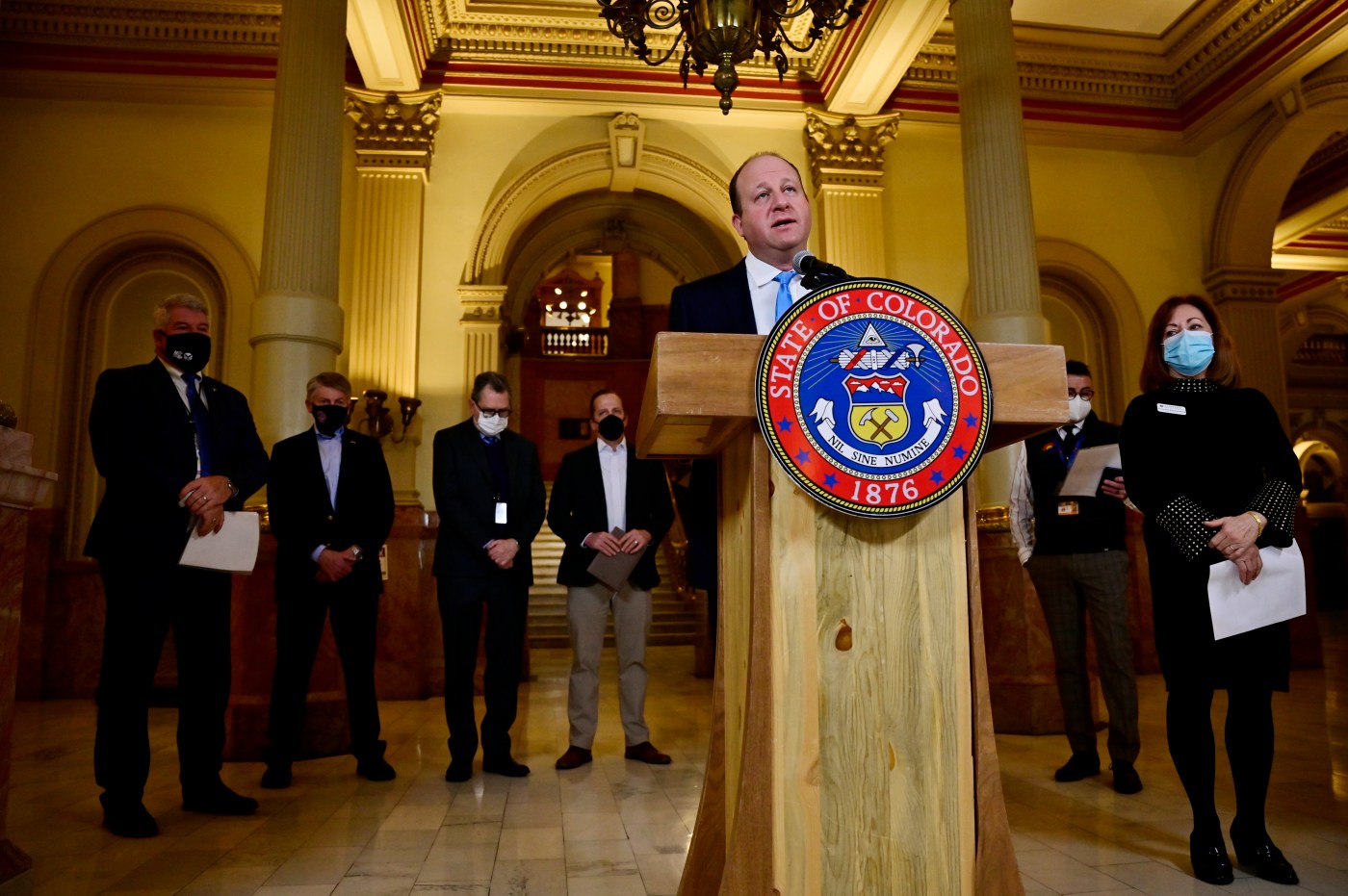 The news conference Monday on the state Capitol steps was unusually short, Gov. Jared Polis told reporters, because the news being announced spoke for itself: every Colorado taxpayer will be getting $400 — $800 for joint filers — in a check in the mail late this summer.

To hear him and other leading Colorado Democrats tell it, state government is responding to the fact that gas, groceries and a bunch else cost more these days. They could have sat on the $1.4 billion they’ll use for this program until next tax return season, the Democrats said, but better to get it to people soon, as inflation spikes and outpaces wage growth.

Standing next to a banner that read, “Putting $400 in Coloradans’ pockets,” the governor touted the plan as “another big step to save people money.” On social media and in reporters’ inboxes, his administration called it the Colorado Cashback and the Colorado Dividend.

Left unsaid in this rollout was the fact that Colorado taxpayers were already set to get back hundreds — more, for some wealthier folks — in tax refunds that come from the same pot of money covering the $400 checks. It’s all drawn from revenues the state is constitutionally barred from retaining by the voter-approved conservative fiscal device known as TABOR, or the Taxpayer’s Bill of Rights.

But save for a passing remark by Treasurer Dave Young, none of the Democrats even mentioned TABOR in their speeches at Monday’s announcement. None mentioned that the money they’ll use on checks this summer was already scheduled to go out, and indeed required to go out.

And none mentioned that in recent weeks Polis, the news conference emcee, privately fought Democratic lawmakers’ attempts to restructure TABOR refunds to benefit the working class.

The focus of the messaging was rather that, one, everybody’s getting a $400 check and, two, it’s coming about eight months earlier than TABOR refunds usually do. Checks should land a couple of months before ballots go out, in what figures to be a critical year for Democrats trying to hold onto their Capitol trifecta, and for Republicans hoping to finally regain a modicum of power at the state level.

The Senate minority leader, Republican Chris Holbert of Douglas County, said he was “insulted” by the Democrats’ framing. But he had to give them credit.