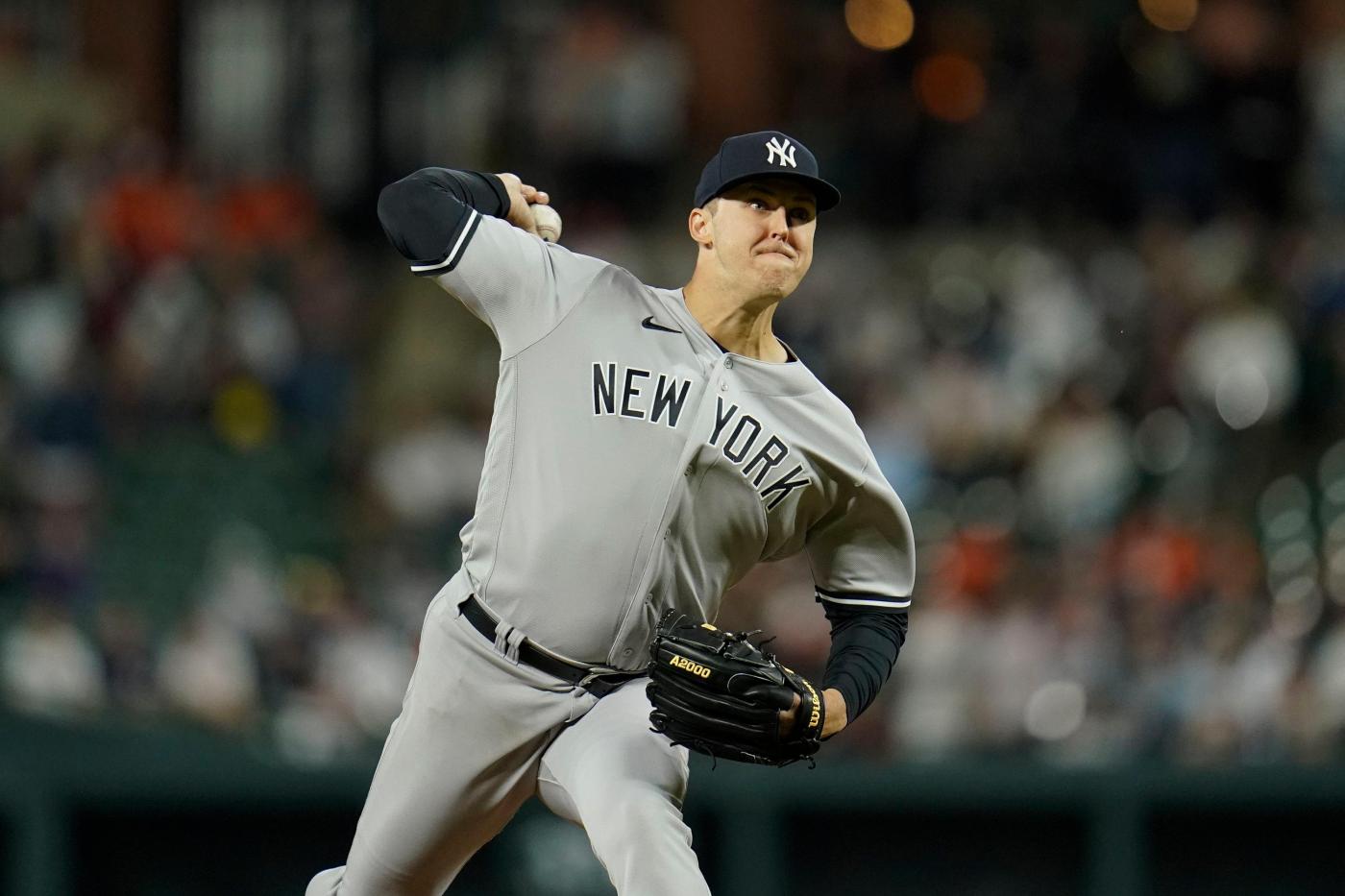 On June 12, 2021, Jameson Taillon had one of the worst days of his baseball life.

The Yankees’ right-hander was knocked around by the Philadelphia Phillies, who hung four runs and five hits on him in the first inning, sending Taillon to an early exit after recording just one out.

Taillon called that start “embarrassing” and “humiliating.” Since then, he’s made 20 starts for the Yankees and given them a 3.26 ERA. Opponents have only reached base at a .280 clip since the meltdown in Philadelphia while striking out 95 times in 105.2 innings. In his most recent start, the sixth-year veteran held the Guardians to one run in five innings, getting himself out of multiple jams. After that game, he said he and catcher Jose Trevino “were pretty smart working through traffic,” and even though Cleveland collected seven hits, he “thought the stuff was pretty good.”

Aaron Boone has seen Taillon embark on an encouraging journey since the Phillies stole his lunch money last June.

“Failure — or getting humbled, punched in the mouth, however you want to put it — can be a great teaching tool,” Boone said. “To Jamo’s credit, it was that for him. He made some adjustments last year: using a little more two-seam to go with his four-seam. I think the biggest thing for him this year is the slider. It’s become much more of a factor for him.”

The slider is one of six pitches (along with the two and four-seam fastballs, a curveball, a cutter and a changeup that’s reserved exclusively for lefties so far) that Taillon throws. When Tommy John surgery wiped out the back half of his 2019 season and all of 2020, there were real concerns about whether the pitcher who Pittsburgh selected with the second overall pick in the draft would ever live up to his prospect hype.

His Yankee tenure is off to a good if not incendiary start — pretty much exactly what a team would expect from a mid-rotation starter — but many within the Yankee organization think the best is yet to come.

“Really from the second half of the season last year into the early part of this year, you’ve seen a guy who’s another stage removed from injury,” Boone offered. “It seems to me that the stuff overall is just crisper. There’s no question that the stuff is on another level.”

Thursday was a historic day for …read more

Yankees Notebook: Jameson Taillon has responded since being ‘humiliated’ last season vs. Phillies

Dr. Oz took a jab at Biden during a Trump rally for the Pennsylvania Senate candidate, claiming the only thing the president ‘built back better’ was ‘the Republican Party’

Miss Manners: I said yes to being maid of honor before I heard the bride’s odd plan