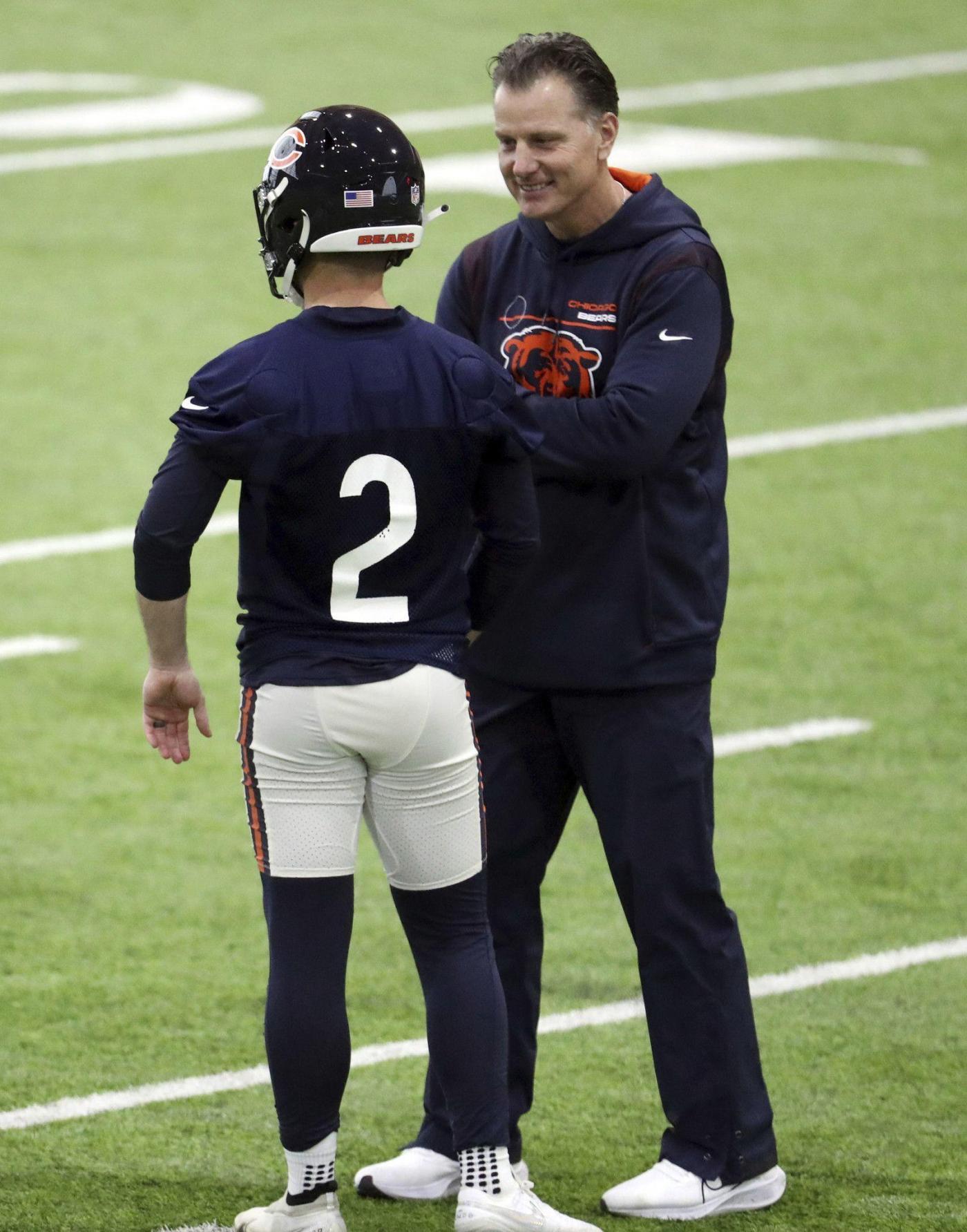 Thursday was an exercise in waiting for Chicago Bears general manager Ryan Poles. Inside the team’s draft room at Halas Hall, Poles had a snack table and extra reserves of patience to help him pass the time during the NFL draft’s first night. But he didn’t have a first-round selection.

That meant two hours and 33 minutes of observing and adjusting, of hand-wringing and fist-pumping. Thirty-two players were drafted in the first round with Georgia pass rusher Travon Walker going No. 1 to the Jacksonville Jaguars and the Minnesota Vikings picking Georgia safety Lewis Cine with the night’s final selection.

Now Poles gets his chance. The 36-year-old GM will enter the party Friday with two second-round selections (Nos. 39 and 48) and another in the third (No. 71).

The Bears have plenty of holes to fill on their roster and for now own only six selections. Poles will have to be resourceful and might have to get creative to make the most of his first draft as GM.

After Thursday’s first round, here are 10 things you should know about the Bears and the rest of draft weekend.

This year’s quarterback class was widely considered to be ordinary. That’s why teams looking to upgrade that position this offseason heated up the trade market in March.

The Denver Broncos dealt for Russell Wilson. The Cleveland Browns rolled the dice on Deshaun Watson. The Indianapolis Colts landed Matt Ryan. And the Washington Commanders reeled in Carson Wentz.

Three other teams dipped into free agency to sign potential starters with the Pittsburgh Steelers signing former Bear Mitch Trubisky as a potential bridge option, the Atlanta Falcons giving Marcus Mariota a fresh start and the Miami Dolphins bringing in Teddy Bridgewater as a potential Plan B behind Tua Tagovailoa.

So how would all of those toppled dominoes from earlier this spring affect the draft?

No other quarterbacks were picked in Round 1.

Before Thursday, a quarterback had been picked No. 1 in the previous four drafts and multiple quarterbacks had been selected in the top 10 of every draft since 2014.

The Bears were without a first-round selection, having dealt it to the New York Giants as part …read more