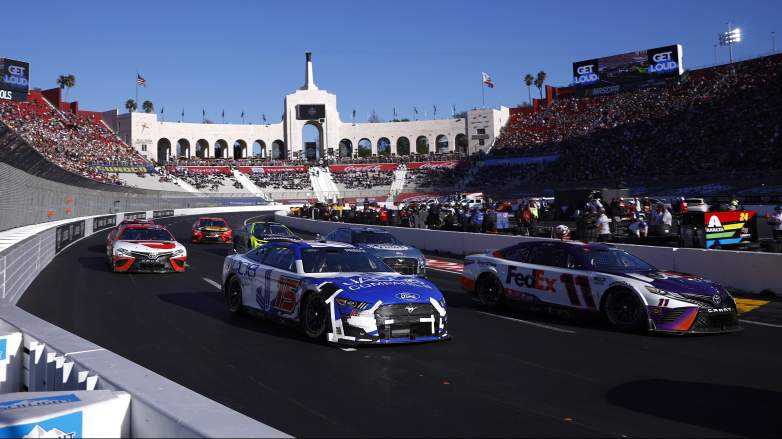 The trip to Dover Motor Speedway will present multiple NASCAR drivers with the opportunity to secure a spot in the playoffs. Two will also use the trip to raise critical funds to support veterans.

United Rentals, who will support both Austin Hill and Ryan Preece during the race weekend at Dover, is spearheading the campaign. The primary partner is using the Turns for Troops program to raise money for SoldierStrong and Operation Homefront. United Rentals will donate $50 for every lap that Hill completes in the Xfinity Series races featuring the company as his primary partner and $50 for every lap that Preece completes during his Cup Series start for Rick Ware Racing.

Our #TurnsforTroops program is expanding! Starting with this weekend’s race @MonsterMile we’re donating $50 for each lap that NASCAR drivers @_AustinHill and @RyanPreece_ complete. Funds will go to Operation Homefront . Learn more about our #T4T program: https://t.co/TVZhwGlo2n pic.twitter.com/9EiNbAHUZI

The Turns for Troops program also extends to the IndyCar Series. Graham Rahal, who drives for Rahal Letterman Lanigan Racing, will also raise $50 for every lap that he completes with United Rentals branding on his No. 15 Honda.

According to United Rentals, the program has raised a solid amount of money early in the three series. The drivers have combined to complete 633 laps in 2022 while raising $31,650. The program has reached $1,496,677 raised in its lifetime.

Hill Will Debut a Special Turns for Troops Scheme

Through its Turns for Troops program, @UnitedRentals will donate $50 for every lap @_AustinHill completes behind the wheel of the No. 21 United Rentals Chevrolet.

The Turns for Troops program has raised over $1.4 million to help support veteran recovery. pic.twitter.com/O1E3L1fO7y

Hill, who kicked off his rookie year with a win at Daytona International Speedway, will have support from United Rentals for nine Xfinity Series races during the 2022 season. He will raise money for Tuns for Troops during all of these starts.

The trip to Dover Motor Speedway will feature Hill showcasing a special scheme. He will drive …read more