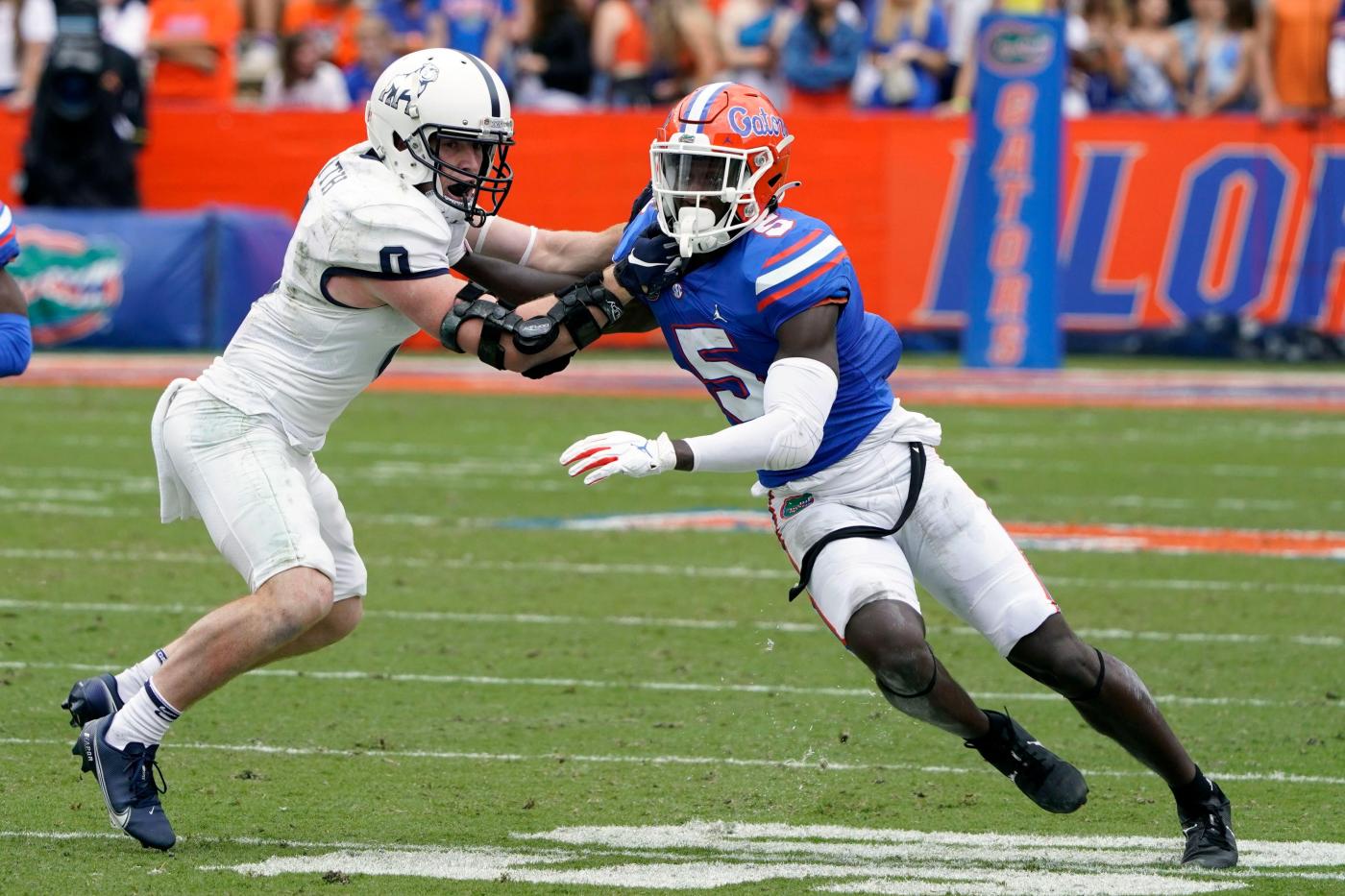 Kaiir Elam has played football almost exclusively in Florida, but that is about to change in a big way.

On Thursday, the Buffalo Bills traded up from No. 25 to 23, ahead of the Dallas Cowboys at 24, and selected him at the 2022 NFL draft in Las Vegas. The cornerback joins the Bills after spending three years with the University of Florida, where the 6-foot-1 1/2 and 191-pound player made six interceptions, 79 total tackles, 26 passes defended, and one fumble recovery in 35 appearances.

The Bills sent the 25th and 130th selections to the Baltimore Ravens to make the selection.

“I think it was just a sigh of relief I would say because honestly I strive to be the best,” Elam said. “Tonight I was not the first defensive player selected, but I think it adds fuel to the fire and I think it is going to bring out another edge to my game.”

Before suiting up for the Gators, Elam attended Palm Beach County’s Benjamin. He played four seasons with the Buccaneers, compiling 71 tackles and nine interceptions in addition to 15 receiving touchdowns and one rushing score. Elam was named the Palm Beach 5A-1A football defensive player of the year as a senior in 2018.

Elam is following in his father Abram and uncle Matt’s footsteps by playing in the NFL. Abram spent seven years in the league while Matt played four. The two relatives lined up in the secondary like Kaiir, playing as safeties.

The young defensive back ran a 4.39 in the 40-yard dash at the NFL Combine in March.

A four-star recruit according to 247Sports’ rankings, Elam is now heading to the Dolphins’ rival who went 11-6 in 2021.

“I was just so grateful because once I got to Buffalo and did my visit I just felt something special,” Kaiir Elam said on being drafted. “I did not know what it was, I did not know what it could be, but I just felt something special. I felt like it was an environment I could go in and try to compete and learn as much as I can and try to have an immediate impact right away.”

An ancient tooth found in a cave proves an extinct species of archaic humans lived in southeast Asia over 130,000 years ago

Where Matthew Stafford Was Ranked In Recent Quarterback Tiers