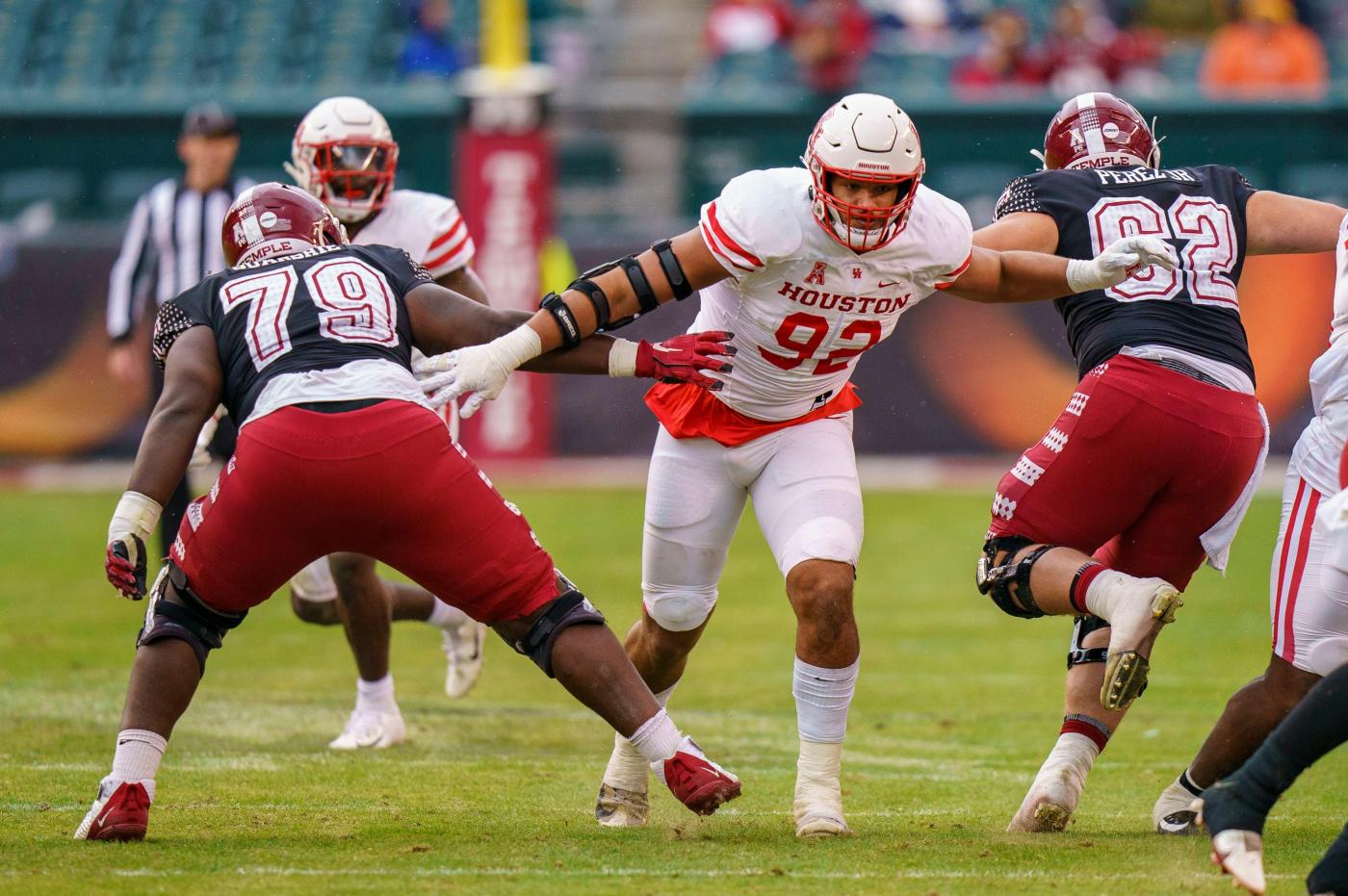 Ryan Poles didn’t make a splash on his first draft night as Chicago Bears general manager, but that was expected.

The Bears didn’t have a first-round pick because former GM Ryan Pace traded it last year to move up to draft quarterback Justin Fields, and Poles didn’t execute a trade up into the first round Thursday night.

Instead he will try to select impactful players Friday on Day 2, when the Bears have the Nos. 39 and 48 picks in the second round and No. 71 in the third round.

Nine offensive linemen, six wide receivers and four cornerbacks were selected in the first round, but many other interesting prospects are available. Here are some noteworthy players still on the board at the Bears’ three biggest positions of need and a handful of other prospects who might merit consideration.

Luke Goedeke, G, Central Michigan: Teammate Bernhard Raimann has been discussed more widely by draftniks, but league personnel have been buzzing about Goedeke since his pro day workout. He played right tackle for the Chippewas but likely will be a guard as a pro.

Cam Jurgens, C, Nebraska: If the Bears like the idea of sliding Lucas Patrick over to right guard, they could add Jurgens as a rookie who should compete for a starting role immediately.

Dylan Parham, G, Memphis: After failing in their bid to add Ryan Bates as a restricted free agent, the Bears have a need at right guard. Adding Parham after a trade down in Round 2 or in Round 3 could fill that void.

Nicholas Petit-Frere, OT, Ohio State: A right tackle for the Buckeyes in 2020, he shifted to the left side last fall. Petit-Frere has the athleticism to remain on the left side but would need to be developed.

Bernhard Raimann, OT, Central Michigan: A transfer student from Austria, Raimann arrived at Central Michigan as a tight end before being converted to the offensive line. He settled in at left tackle during the COVID-shortened 2020 season and showed real improvement last fall. Some thought he was a potential first-round pick, but knee issues might have dropped him on some boards.

Andrew Booth Jr., Clemson: The Bears have a real need at nickel cornerback, and that could be where Booth projects best in the NFL. Some thought he would be selected in the back half of the first round.

Kyler Gordon, Washington: Many figured he would go in Round 1 …read more

Chicago Bears have 3 picks on Day 2 of the NFL draft. Who are the best players still available?

Primary election takeaways: Trump backing helps some, but not Cawthorn

How to make and use paper in Minecraft