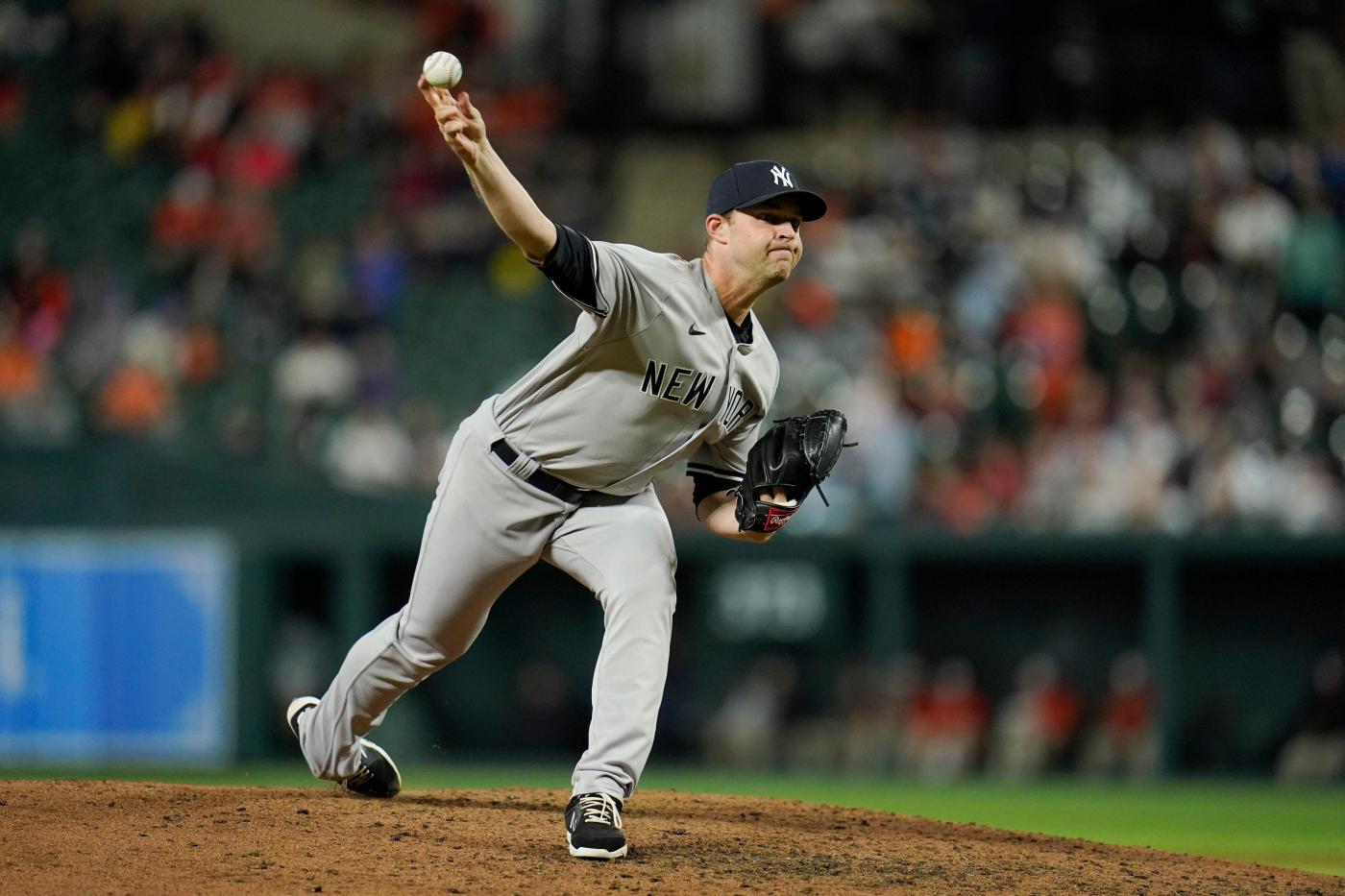 KANSAS CITY — Aaron Boone was struggling. He was asked to define what Michael King has shown on the mound this season. Aside from brilliant pitching, was it arrogance? Definitely not. Cockiness? No, not really. Moxy? Kinda, but not quite.

While Boone struggled to define King’s mound presence, it’s not hard to label the right-hander so far this season.

He’s been the key to the bullpen’s hot start. The multi-inning, high-leverage guy who has allowed last year’s bullpen MVP, Jonathan Loaisiga, to get through early struggles and the Yankees starters to build up after a lockout-shortened spring training. He is also a possible sixth starter if the Yankees need it down the road.

Whatever his attitude or role is, King is proving he is just really good this season. King comes into this weekend’s three-game series against the Royals at Kauffman Stadium with a 0.69 ERA with 20 strikeouts, three walks and 10 hits over 13 innings overall. He has a nine-inning scoreless streak.

“He’s got a full arsenal that he can attack with,” Boone said. “I just think he continues to improve in the strike-throwing department, and that’s probably just a result of experience and being more and more sound and comfortable in his delivery.

Kings’ contributions are a large part of why the Yankees bullpen goes into Friday night’s series opener with the third-best ERA (2.90) and the fourth-best batting average against (.211) in the American League. With his ability to throw multiple innings and high-leverage innings, King will also be key as the bullpen likely loses an arm on Monday when the Yankees — and every team — has to reduce their roster from the 28 players to 26.

Boone wasn’t tipping his hand Thursday, only saying that carrying 14 pitchers to start the season — thanks to the 28-man roster provision made by MLB because of the lockout-shortened spring training — gave the Yankees “the luxury to be a little more aggressive with the bullpen. We’ve had really good options down there that have served us well, but the formula could change.”

Obviously, King is very much a part of that formula.

King has stepped in for multi-inning appearances and even came in to earn his first career save this season. That versatility has helped the Yankees weather the struggles of Loaisiga, who allowed six earned runs in his first 6.2 innings pitched. It has also helped as Chad Green …read more