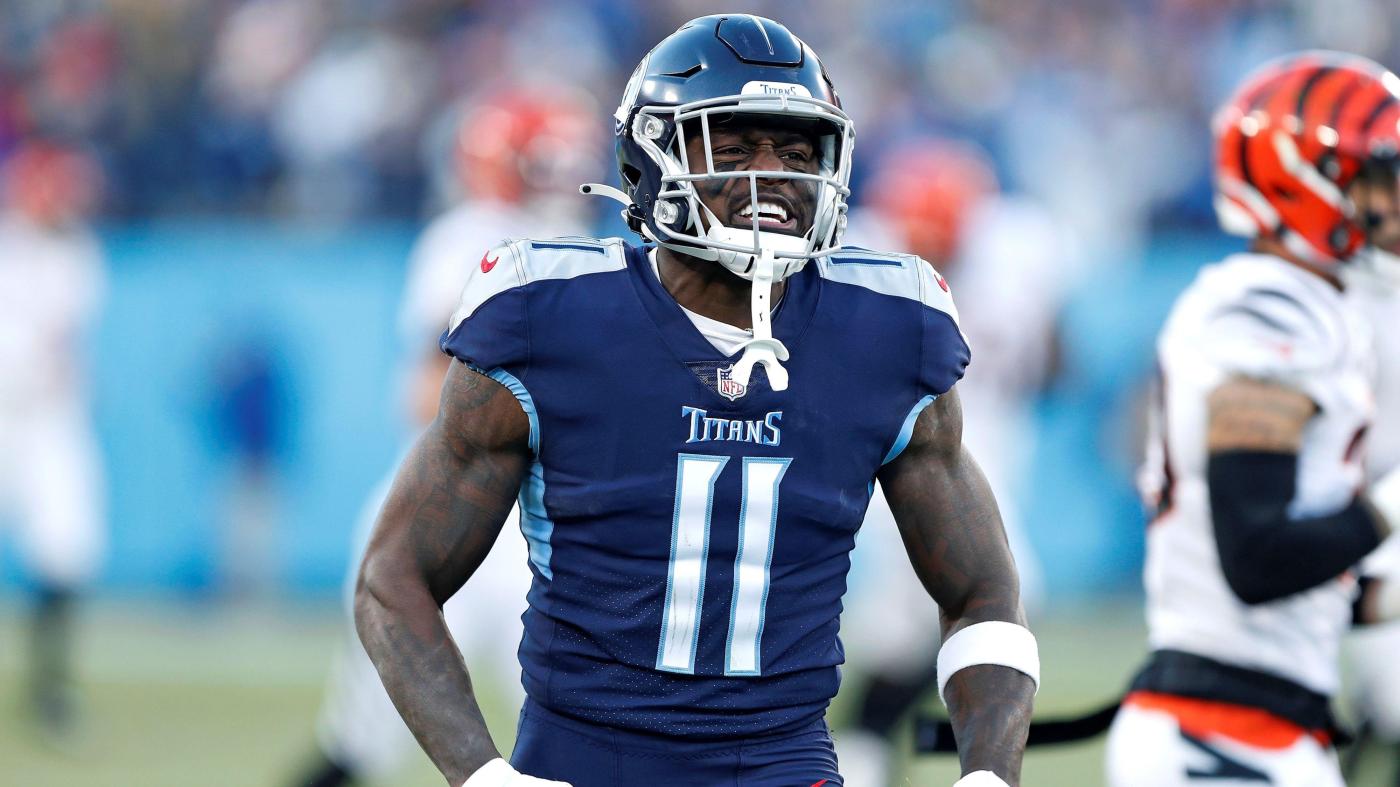 Two big-time receivers were on the move Thursday night, but neither went to the Jets and Deebo Samuel stayed put — for now.

The Eagles pulled off the biggest trade of the night, sending the No. 18 pick and a third-rounder to the Titans for stud receiver A.J. Brown. (The Titans immediately used that pick on Brown’s replacement, Arkansas wideout Treylon Burks.)

Philadelphia then gave Brown a four-year, $100 million extension with $57 million guaranteed, according to multiple reports.

Brown has 185 receptions for 24 touchdowns over the last three years and instantly becomes the best receiver Philly has had in years.

Another young QB got veteran receiver help on Thursday, although it came at Lamar Jackson’s expense. The Ravens dealt Marquise ‘Hollywood’ Brown to the Cardinals, where Brown will reunite with his college QB, Kyler Murray. The Cardinals sent back the No. 23 pick and a third-rounder for Brown, who had a monster 2021 season with 91 catches for 1,008 yards.

The Jets had been rumored to be in on every available big-name receiver. With Garrett Wilson falling to Gang Green at the No. 10 pick on Thursday night, it looks like they’re going the homegrown route instead.

An unusual amount of players with connections to their new cities went in the top 20 Thursday night. At No. 2, the Lions selected Michigan’s Aidan Hutchinson, who was born and raised in the state before becoming a Wolverine and Lion. At No. 6, the Panthers took Charlotte native and NC State product Ikem Ekwonu. And at No. 20, the Steelers selected Pittsburgh QB Kenny Pickett as the heir to Ben Roethlisberger.

Pickett was the first quarterback off the board at 20, the latest first QB picked since Jim Druckenmiller went to the Niners at No. 26 in 1997.

Spring flowers are blooming at Denver Botanic Gardens. But these sculptures are the must-see.