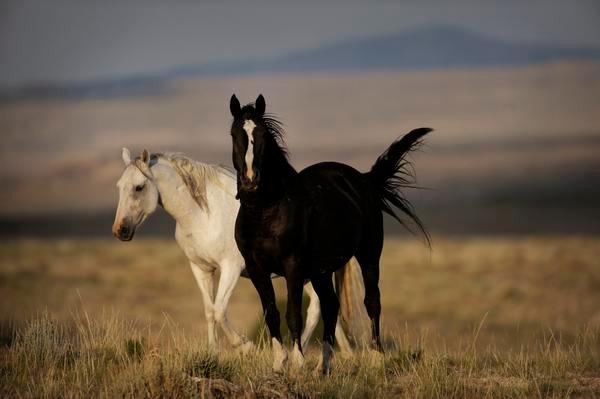 Veterinarians believe equine influenza is to blame for the fatal outbreak at the Bureau of Land Management’s Cañon City Wild Horse and Burro Facility, where at least 95 horses have died this month, the federal agency said.

An independent veterinarian and a federal veterinarian are at the facility treating the animals for the disease, which they now believe to be “an equine influenza virus that is not uncommon among both wild and domestic horses,” BLM officials said in a news release.

Horses showing signs of the contagious illness are being quarantined from the rest of the population, the agency said.

The outbreak was originally reported by the BLM on Monday, when the Cañon City facility began its quarantine and 57 horses had died. At the time, officials weren’t sure what was killing the horses.

The disease is causing respiratory problems and pneumonia with severe pulmonary edema and mild hemorrhage, with a high rate of mortality, the veterinarians’ report said.

The outbreak at the Fremont County facility with 2,550 wild horses began with a single horse dying on April 18, followed by nine more on Saturday and 10 on Sunday. By Monday, 57 horses were dead, and 95 had died by Thursday.

Some Ukrainians evacuated from ruins of Mariupol steel plant

Trump being allowed back on Twitter after Elon Musk purchase is the ‘litmus test’ for the platform’s future, ex-top advisor says