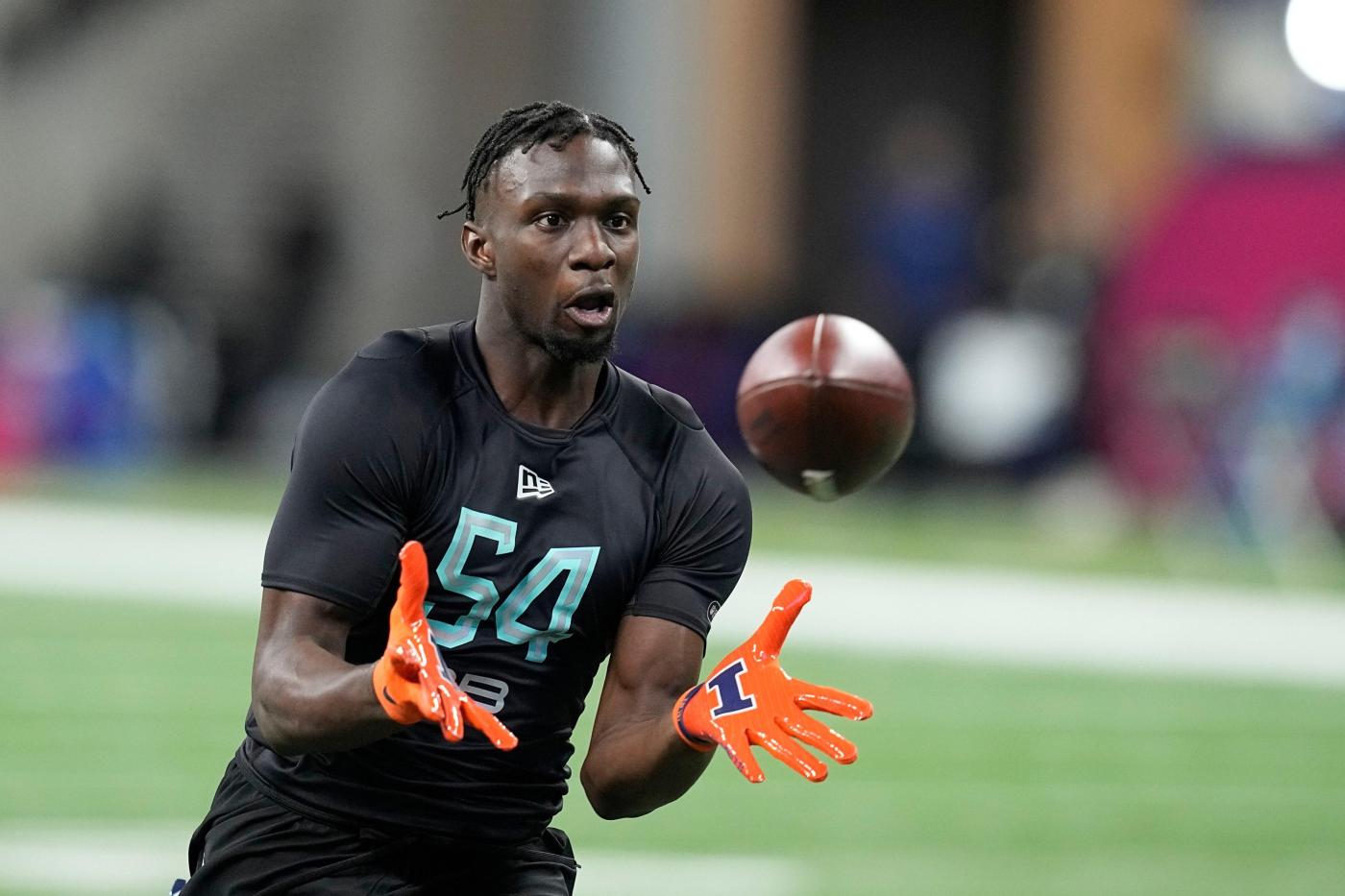 “It’s been a minute since I actually played. I don’t care where it’s at, who takes me, I’ll be only about a week before getting back on that field.” said Joseph, a former Orlando Jones High defensive back who blossomed as a Big Ten safety at Illinois.

Where he really made strides after completing his final year of eligibility for the Illinois, however, was at the Senior Bowl and at the NFL Draft Combine.

Friday night he’ll wait to learn his NFL destination among friends and family at an NFL Draft party in Kissimmee. The first round began Thursday night.

“Yeah, I guess anxious is a good way to put it. It doesn’t matter to me where I end up,” Joseph said. “The past few weeks though, there has been a lot of anxiety building up.

“I just know I’m going to be happy wherever I go.”

Joseph has always been Mr. Nice Guy, the guy with the fabulous personality who would do anything for anyone. When he steps across that line on a football field he becomes a completely different person.

“Savage mode,” Joseph said. “I’m not the same person. Outside of football I like to laugh, have fun. When I come on that field, it is not the same Kerby.

“It’s crazy because I didn’t get into it as much when I was in high school, but when I got to college I started to feel it. Now I don’t have to turn it on. It’s just always on.”

Joseph wasn’t exactly the prototypical NFL prospect coming out of high school. His senior year at Jones, he could count his college scholarship offers on one hand.

He was disappointed as early National Signing Day approached in 2017. He was hoping to sign an NCAA letter of intent to the college of his choice alongside his teammates.

But Joseph’s offers kept being pulled off the table. There was Mississippi State, Syracuse, USF, FAU and he was left with no place to turn. No place, that is, until Illinois coaches got wind he was not signing.

“He was only about 5-10, 170, but senior year he branched out and got longer,” Jones coach Elijah Williams said. “And a funny story …read more