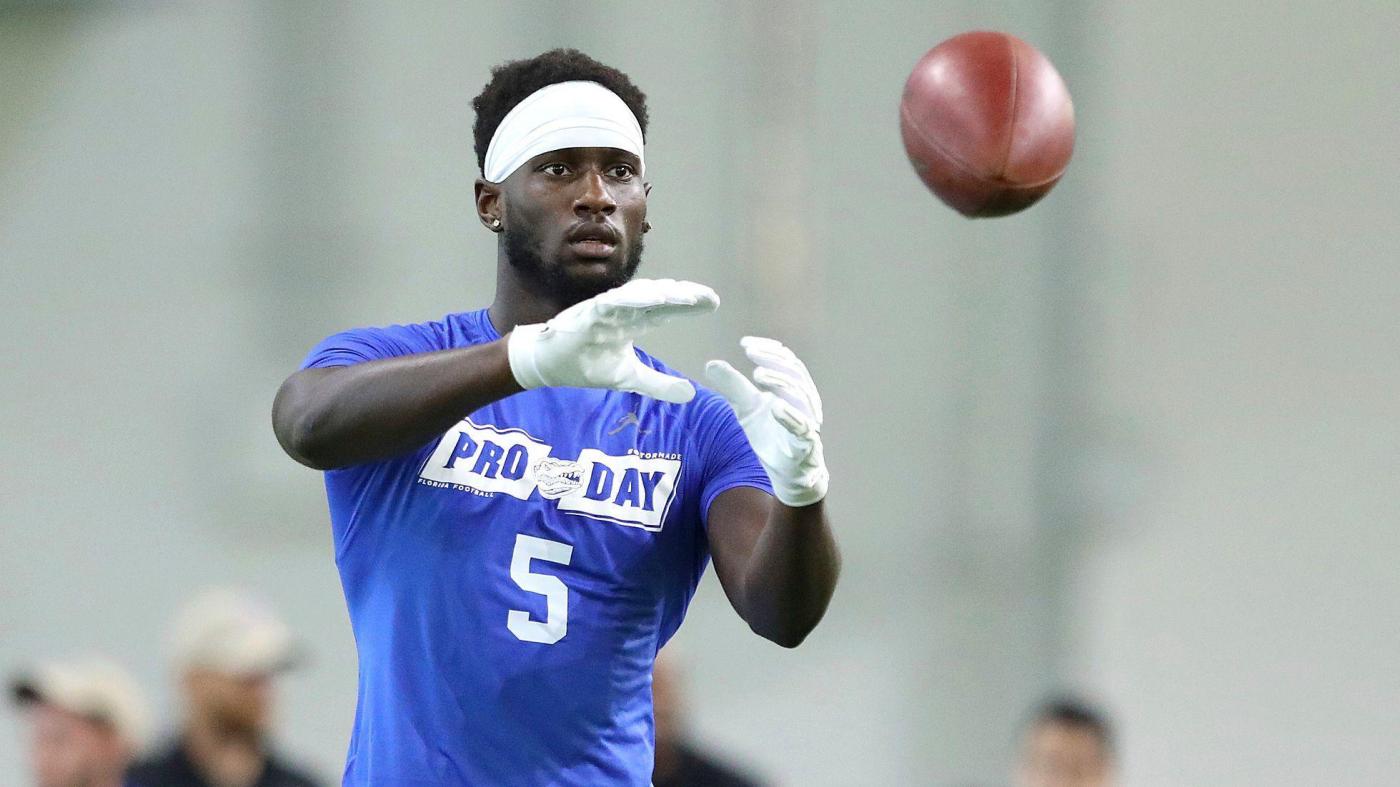 Former Florida cornerback Kaiir Elam continued the Gators’ run of first-round success during the NFL draft, going to the Buffalo Bills with the No. 23 selection.

Elam entered last season considered a potential top-10 pick after he tied for the SEC with 13 pass breakups in 2020. Instead Elam missed three games with a sprained knee and saw his stock drop playing for a six-win squad and struggling defense.

Sensing an opportunity, the Bills traded with the Baltimore Ravens to move up and Elam, who was the fourth cornerback selected. LSU’s Derek Stingley Jr. (No. 3), Cincinnati’s Ahmad “Sauce” Gardner (No. 4) and Washington’s Trent McDuffie (No. 21).

“Whatever a team thinks, I’m just trying to prove myself,” Elam said March 28 after the Gators Pro Day.

The 6-foot-1 ½, 191-pound Elam is long, aggressive at the point of attack and productive. He also ran faster than expected at the NFL Scouting Combine, covering 40 yards in 4.39 seconds.

Elam, who turns 21 May 5, is South Florida native with an NFL lineage. His father, Abram, played seven seasons in the NFL while uncle Matt was a 2012 All-America at UF and a first-round pick in 2013 by Baltimore.

Elam’s selection Thursday night marked the eight time in nine years the Gators have had a first-round pick. He is the fourth cornerback to go in the first round since 2010, joining C.J. Henderson (2019), Vernon Hargreaves III (2016) and Joe Haden (2010).

Since 2016, five Gators cornerbacks have gone within the top 60 picks.

Elam appeared in 35 games in three seasons before leaving school early. He accounted for 79 total tackles, 2 ½ for a loss and 26 passes defended, including 6 interceptions.

This article first appeared on OrlandoSentinel.com. Email Edgar Thompson at egthompson@orlandosentinel.com oraafollow him on Twitter at @osgators.