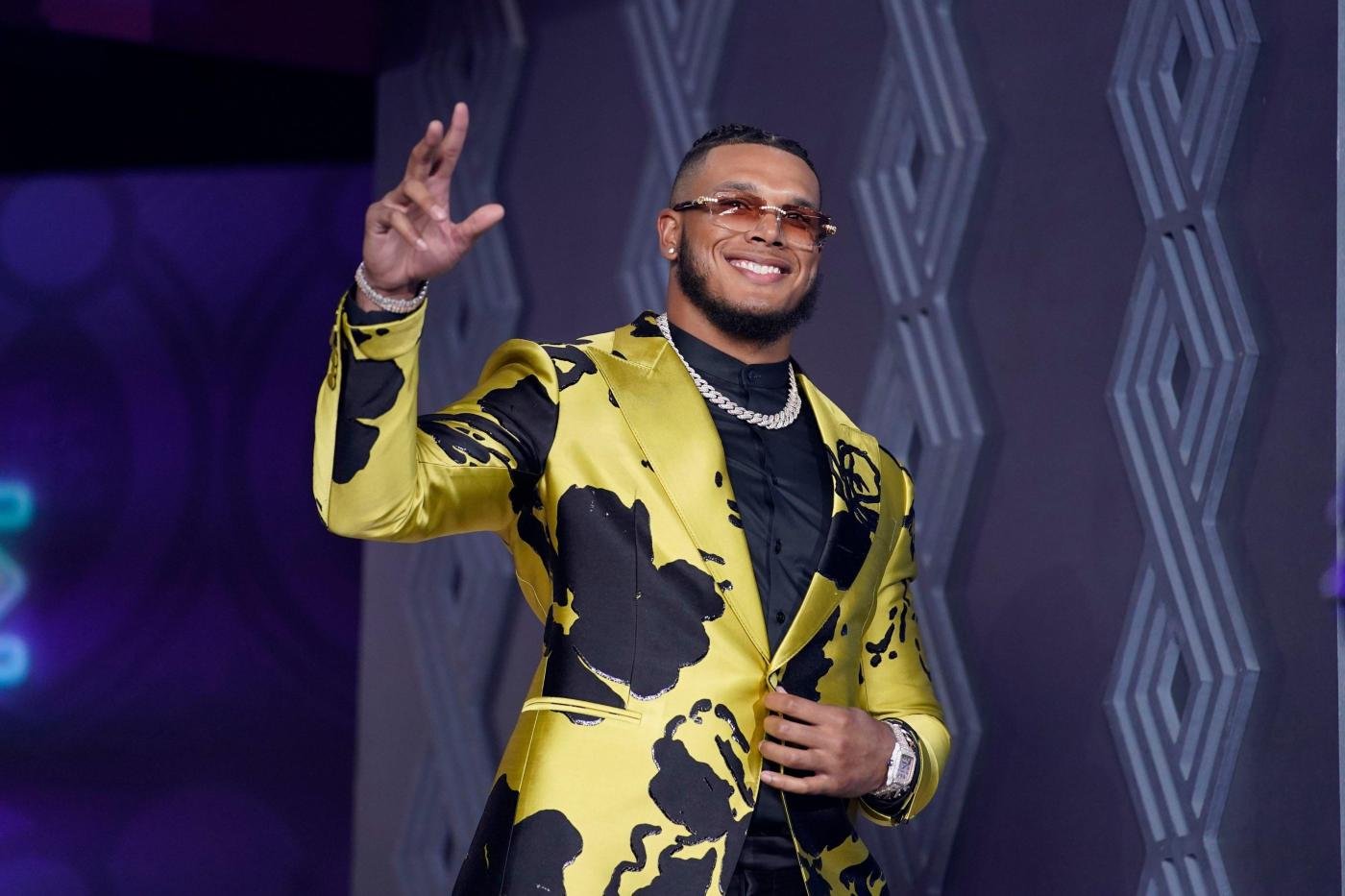 Jermaine Johnson II spent much of his adolescence dreaming about playing football in the NFL. That dream became a reality when the New York Jets selected the Florida State defensive end with the No. 26 pick of the 2022 NFL Draft Thursday in Las Vegas.

He becomes the first Seminole chosen in the first round since defensive end Brian Burns (2019) and the first selected by the Jets since defensive back Hamsah Nasirildeen (2021). The Minnesota native is the highest-ranked player drafted in the three years under coach Mike Norvell.

Johnson capped off a wild year, one in which the graduate transfer from Georgia earned ACC Defensive Player of the Year honors after leading the league with 12 sacks and 18 tackles for loss. He became the first player to earn POY honors in his first season with an ACC program. His performance also earned him a spot as a semifinalist for the Bednarik and Lombardi awards and a finalist for the Ted Hendricks Award.

But after being projected by many as a top 15 pick, Johnson slipped down the draft board. He joins fellow first-round picks cornerback Ahmad Gardner (Cincinnati), who New York selected with the fourth overall pick, and receiver Garrett Wilson (Ohio State), chosen at No. 10.

Johnson reflected on what it would mean to be selected before FSU’s Pro Day on March 29.

“It’d be pretty wild,” Johnson said of hearing his name called. “I know once it is called, it’s that mountaintop experience. I’ll make an effort to enjoy it as much as I can, but I’m always like a job, not finished kind of guy. So, I’ll take it in and then look at the next mountain to climb.”

The 6-foot-4, 254-pound pass rusher has a quick motor and strong hands, helping him work his way up into the top 10 of the first round.

ESPN NFL draft analyst Mel Kiper had Johnson going to the New York Giants with the No. 7 overall pick in his final mock draft Thursday morning.

This article first appeared on OrlandoSentinel.com. Email Matt Murschel at mmurschel@orlandosentinel.com or follow him on Twitter at

Canelo vs Bivol Live Stream: How to Watch Fight Online