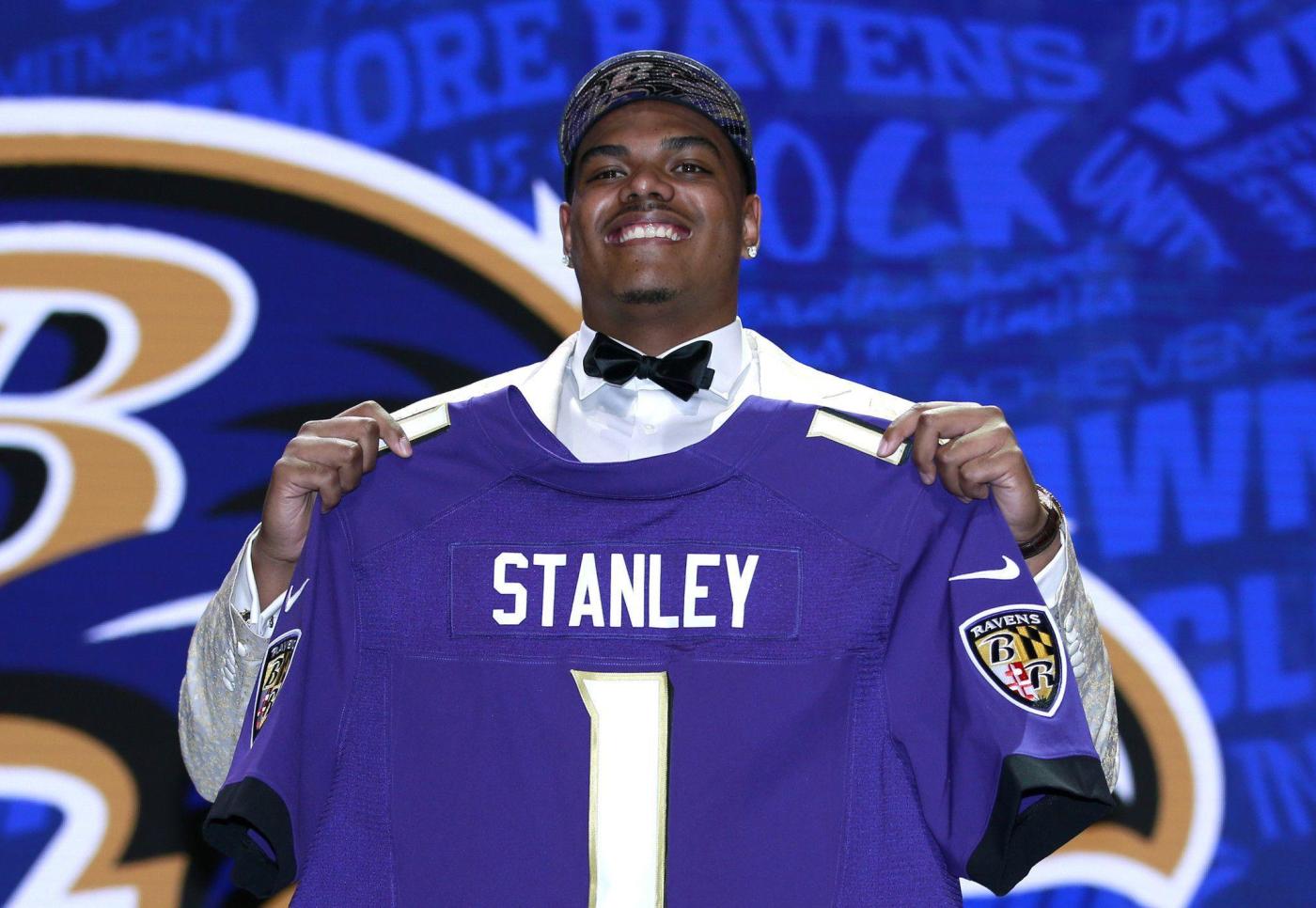 Here’s what Baltimore Sun staff members think of the Ravens’ selection of Notre Dame safety Kyle Hamilton with the No. 14 overall pick in Thursday night’s opening round of the NFL draft:

Childs Walker, reporter: After a rough start, the draft began tilting toward the Ravens with a run on wide receivers that began at pick No. 8. The Philadelphia Eagles took one of their options off the board when they traded up for mammoth defensive tackle Jordan Davis at No. 13. But the Ravens still had their choice of excellent defenders and they went with a classic “best player available” pick in safety Kyle Hamilton. The Ravens did not need a safety, but plenty of analysts regarded Hamilton as one of the five best all-around players in the draft. He combines length, range, versatility and excellent football instincts, and defensive coordinator Mike Macdonald will have a blast figuring out how to use him. Hamilton’s relatively slow time in the 40-yard dash scared away some teams, but he did nothing but produce at Notre Dame, and it’s hard to argue with the value at No. 14.

Ryan McFadden, reporter: In a shocking move, the Ravens decided to go with the best player available and pick Hamilton. The Notre Dame star is perhaps one of the best versatile defenders in the country and will improve the Ravens secondary, which struggled mightily this past season. Florida State edge rusher Jermaine Johnson seemed like the logical move, but pairing Hamilton with newly acquired free agent Marcus Williams and cornerbacks Marcus Peters and Marlon Humphrey is hard to turn down.

C.J. Doon, editor: This is a shocker. After signing free-agent star Marcus Williams this offseason, safety wasn’t high on the Ravens’ list of needs. But after the Eagles traded up for Georgia defensive tackle Jordan Davis, a popular Ravens target, the options were limited. This is truly an example of their “best player available” philosophy — Hamilton is the fourth-ranked overall player on The Athletic’s consensus big board consisting of input from more than 80 draft analysts. It’ll be fun to see how new defensive coordinator Mike Macdonald takes advantage of Hamilton’s versatile skill set. With Williams, they might have the best young safety tandem in the league.

Tim Schwartz, editor: This was, simply put, not the Ravens’ most pressing need. They signed Marcus Williams to a five-year, $70 million contract in the offseason, and …read more

The weather records that shaped Colorado this April: Fire danger, wind and lack of moisture