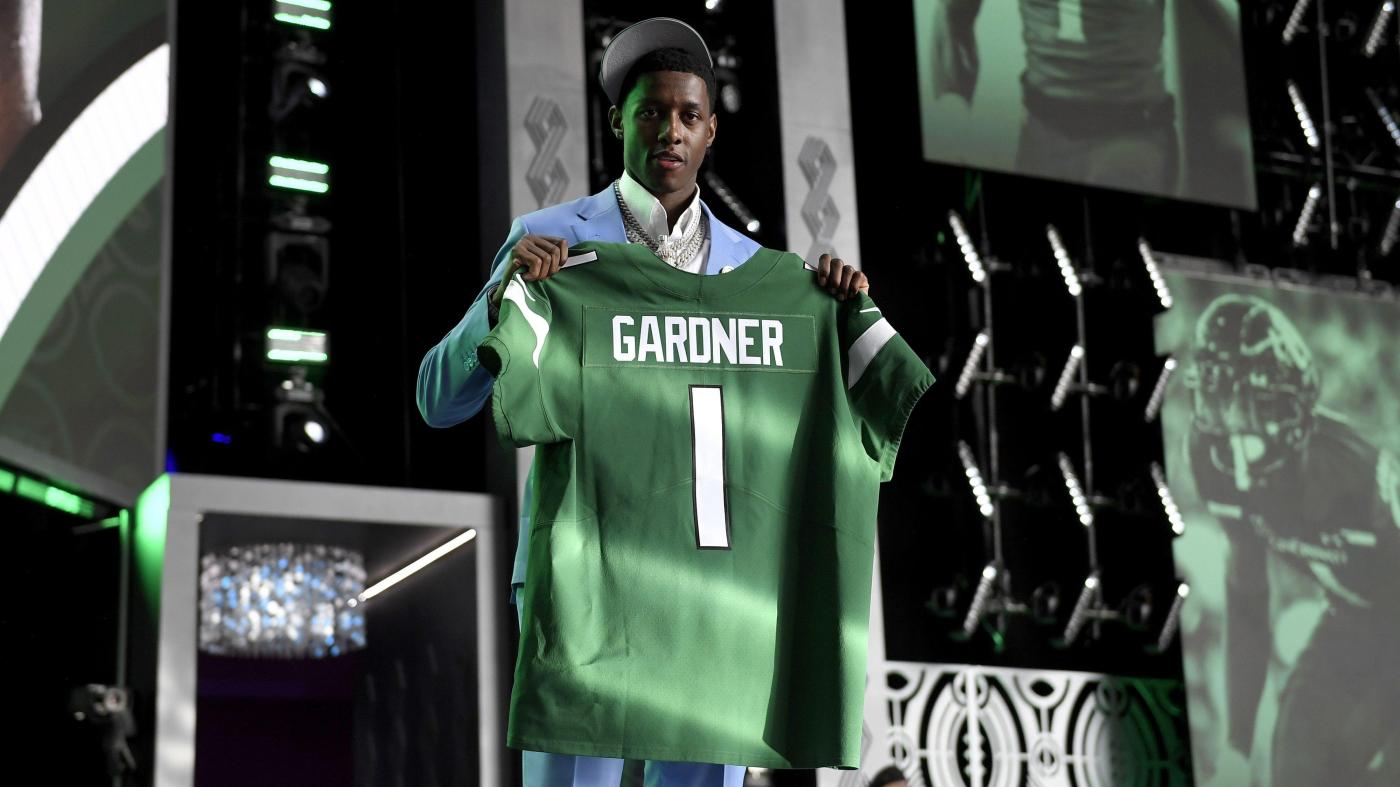 Welcome to the future of the Jets defensive back room as Gang Green selected Cincinnati cornerback Ahmad “Sauce” Gardner with the No. 4 overall pick Thursday night.

“This is where I want to be. I want to be a New York Jet,” Gardner said. “It’s a blessing to be able to be a part of something special.”

Outside of the fact Gardner was drafted No. 4 overall, he should quickly curry favor with the fanbase based on the fact that legendary Jets cornerback Darrelle Revis is one of his favorite players.

“That’s the main thing I know when I think about the Jets, I think about Darrelle Revis. He used to just be one of my favorite cornerbacks in the league. I still watch him till this day…He was a competitor. I was just watching his tape versus Calvin Johnson. He was one of the only guys that was able to shut Calvin Jackson down.”

Being a first round pick and praising Revis is the easiest way for Jet fans to love a player.

Adding Gardner is a match made in heaven. He’s an excellent prospect and fits what the Jets love to do, which is run man on money downs, an aspect Gardner thrives in.

Gardner was viewed as the highest-rated corner prospect in the draft. He is a physical 6-2, 190-pound player who has elite speed to prevent explosive plays. He finished with nine interceptions during his collegiate career.

Opposing offenses barely targeted Gardner in his last college year because receivers rarely shook free while he was guarding them. He constantly frustrated receivers by blanketing them and leaving little space for them to create.

In fact, his coverage skills were so elite that he went his whole college career without allowing a touchdown in coverage.

And coming to the NFL, Gardner wants to continue that streak, which won’t be easy to replicate, but he has a strong conviction that he can.

“I feel like I can. I made sure I put all the extra work in. Study film a lot leading up to the game week,” Gardner said. “Doing the little things right, staying consistent with my technique, and I just feel like that was the result of it. I feel like I’ll be able to keep it up.”

Jets grab Cincinnati CB Ahmad ‘Sauce’ Gardner with No. 4 pick: ‘This is where I want to be’

Why Isn’t ‘American Idol’ On Tonight? When Is The Next New Episode? 5/9