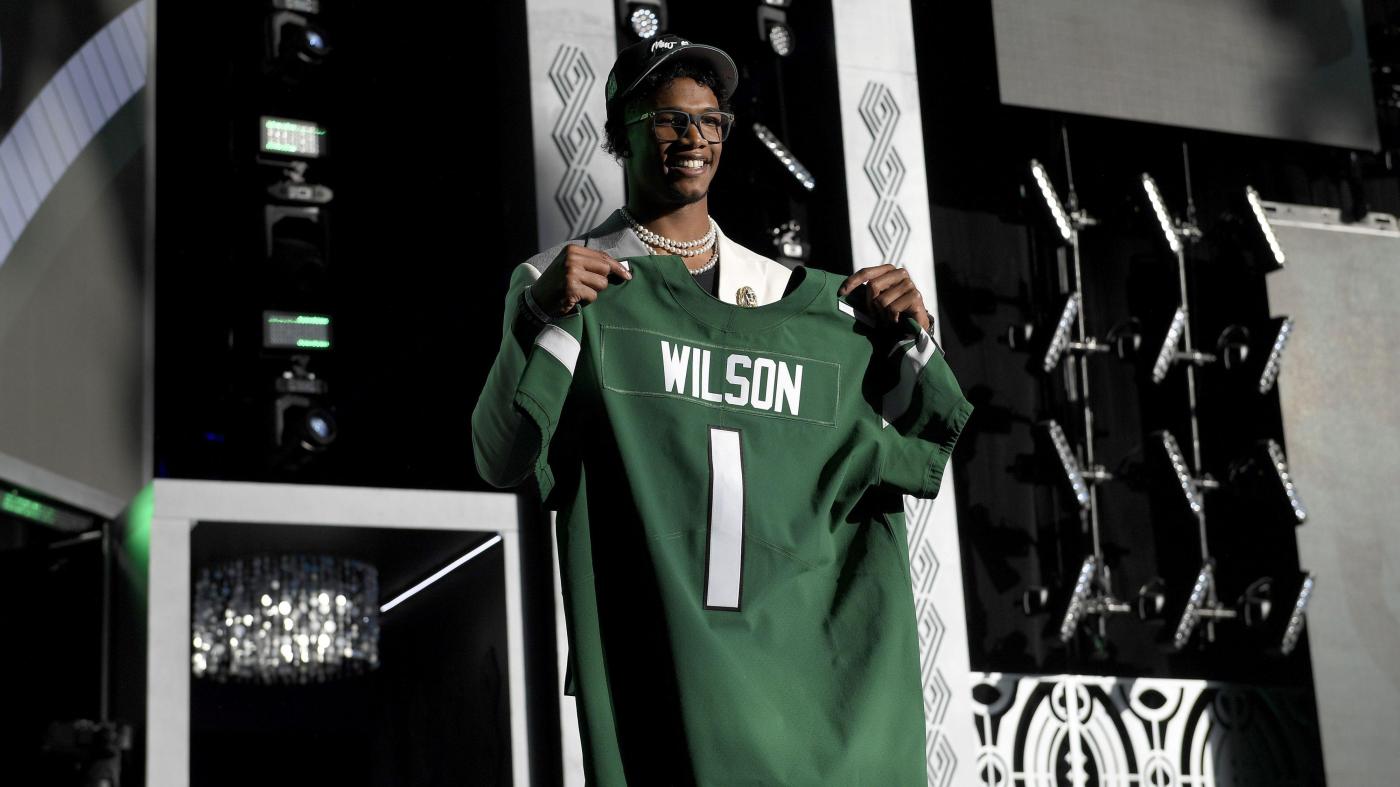 Wilson to Wilson. Get used to hearing that echo throughout MetLife Stadium on Sundays.

“I think he’s got a lot of talent, I think he’s got a lot, especially arm talent,” Garrett Wilson said of Gang Green’s quarterback. “I remember watching his pro day last year and it was a really good pro day. I feel like he approaches the game the right way and I’m excited to get up there and start getting some reps with Zach.”

When you see Elijah Moore, think of a taller carbon copy of him in Garrett Wilson.

Garrett fits Jets offensive coordinator Mike LaFleur’s scheme as an extremely high-level separator. That’s his bread and butter as his route running creates a ton of space against defensive backs.

He has elite quickness within his route running which allows him to maneuver swiftly throughout his breaks. He’s smart at attacking defensive backs’ leverage when going through his routes to create separation, whether he’s pressed or in off coverage.

Garret says his ability to win so often starts with his game plan.

“Just having a plan. I feel like when you’re matching up against good players, you got to go to the line of scrimmage with a plan,” Wilson said. “You can’t just go out there and try to run around somebody or not get on shoulders and stuff like that. So, I try to get on shoulders and make the DB uncomfortable. I don’t want to be right in front of them, making moves and stuff like that. There’s a lot of nuances to running routes and I’m excited to keep learning under Coach [Mike] LaFleur, the offensive coordinator, and Coach [Miles] Austin as the receivers coach.”

Garrett thrives at finding cornerbacks’ blind spots, also. And he can find the soft spots in zones to produce yards after the catch. His quickness allows him to win against press coverage consistently, so he can be a weapon for Zach against man coverage.

“It’s a feeling of …read more