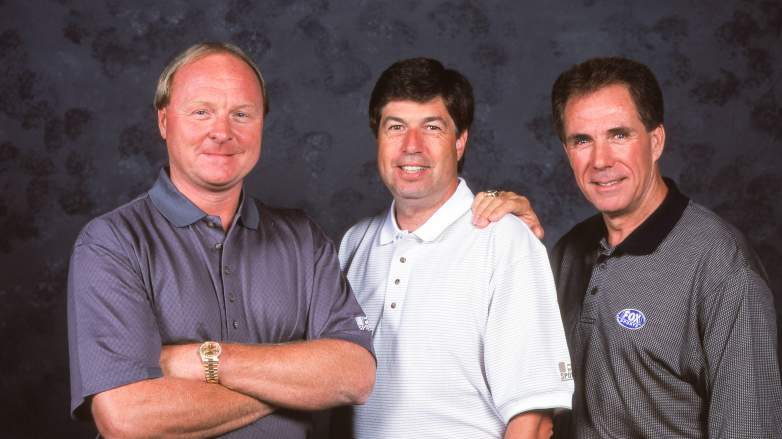 FOX Sports announced on April 27 that Larry McReynolds would make his return to the booth for the Cup Series race at Dover Motor Speedway. America’s Crew Chief hasn’t called a points-paying race in several years, but he is ready to put “the old coat” back on.

McReynolds spoke to Heavy ahead of the trip to Dover and provided some insight about his return to the booth. He explained that one of the executives from the Los Angeles studio called and asked if he would be willing to join Clint Bowyer and Mike Joy for the trip to Dover. There was no hesitation from McReynolds considering that it would give him the opportunity to get back to the track and mingle with crew chiefs and drivers.

“I go back to Daytona, the Duel races, I did those races with Mike and Clint from the booth,” McReynolds said. “As I told several people — told my wife, in particular — I felt like a guy that had a favorite coat. And I’d lost that coat. And then I found it and I put it back on, and I went, ‘Son of a gun. The old coat still fits good.’

“And I have no reason to believe that’s not how it will feel on Sunday — Saturday and Sunday. But just to be able to walk in that garage on Saturday morning and talk to Adam Stevens and Rodney Childers and Jeremy Bullins and Aric Almirola. There’s just no substitute for that.”

The trip to Dover is a fitting place for McReynolds to make his return. The one-mile track presents numerous challenges for the drivers with its sensation of speed, concrete surface, and no room for mistakes. There will be numerous questions posed to McReynolds about strategy throughout the 400-lap race.

“I talked to James Small this morning — crew chief for obviously, Martin Truex Jr. — and he said, this is probably going to be one of the more challenging tracks and challenging races that we’ve encountered so far with this Next Gen car,” McReynolds added. “The track, the speeds, the loads, the concrete surface, the bumps, the aero, the rear diffuser, the list goes on and …read more